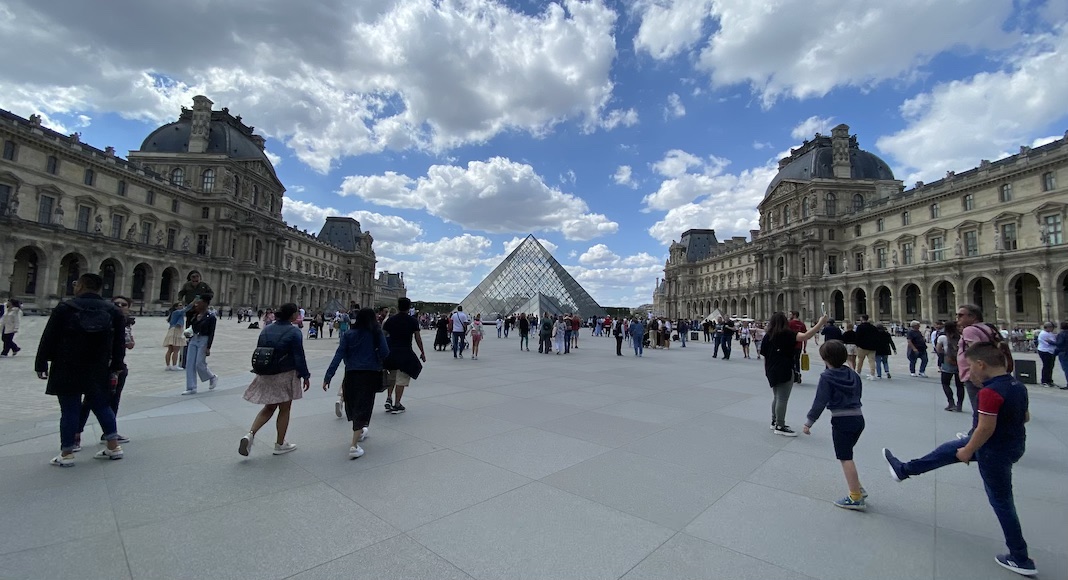 There’s a reason you can conjure up a Shutterstock-like image of an unnamed Parisian street corner without ever having been to France. Paris is one of the most architecturally homogeneous cities in the world, whether you are in the 16th arrondissement, or in the fashionable and bohemian 11th. The city’s characteristic buildings may seem old-fashioned, but they are in fact representative of the transformation of Paris into a “modern” city.

In the 1850s, Baron Georges-Eugène Haussmann was commissioned by Napoleon III to raze Paris and rebuild it into what is now called the Haussmann style. Seventeen years of construction and the demolition of 20,000 buildings have resulted in a city that is easier to access and more defined neighborhoods, the 20 arrondissements we now take for granted radiating from the Arc de Triomphe. Buildings like the Opéra Garnier and the renovated Louvre were designed in a neo-Renaissance style now called Napoleon III or Second Empire, placed at focal points along main roads to catch the eye. Private houses were capped at five stories and adorned with wrought-iron balconies and pitched zinc roofs to give rainy Parisian days a blue-gray mirror. The addition of new parks, monuments and gas lamps under the Haussmann plan added even more grandeur.

But Haussmann’s fantasies of what Paris might be didn’t come to him in an absinthe-fueled vision. He looked southwest for inspiration, to the port city of Bordeaux. Known as “the sleeping beauty” or “the sleeping beauty”, Bordeaux is famous for its magnificent limestone buildings, which have an eerily Parisian air. Unfortunately, the limestone soaked up pollution from car exhausts, causing 18th-century buildings in Bordeaux to be completely blacked out in the 1980s and 90s, and the town has since been the subject of numerous attempts to restore its architecture to its former glory. Residents must have the facades of their buildings cleaned every decade, at enormous personal cost, and the town center has been pedestrianized to limit exposure to car exhaust.

Bordeaux modernized decades before Paris, as it was a stronghold of old fortune thanks to its position as an essential port city. Bordeaux’s Port de la Lune on the Garonne was once one of the busiest ports in Europe and made the city rich through sales of coffee, sugar and cotton, although its biggest profits were made in the slave trade. French colonies like Saint-Domingue (now Haiti) were stripped of their people and resources, which were sold at great profit to the port of Bordeaux. It is this blood price that paid for the magnificent buildings that Haussmann made his model of modernity in Paris.

Haussmann’s redesign wasn’t just about aesthetics. It also came after a period of uprisings, during which the cramped side streets of Old Paris were used as barricades. One of them, the rebellion of June 1832, became the inspiration for Victor Hugo’s epic, Wretched. Wider streets allowed the military easier access to neighborhoods that were once the heart of the resistance, a point that was used by Haussmann to justify the large costs of the project to the Emperor. 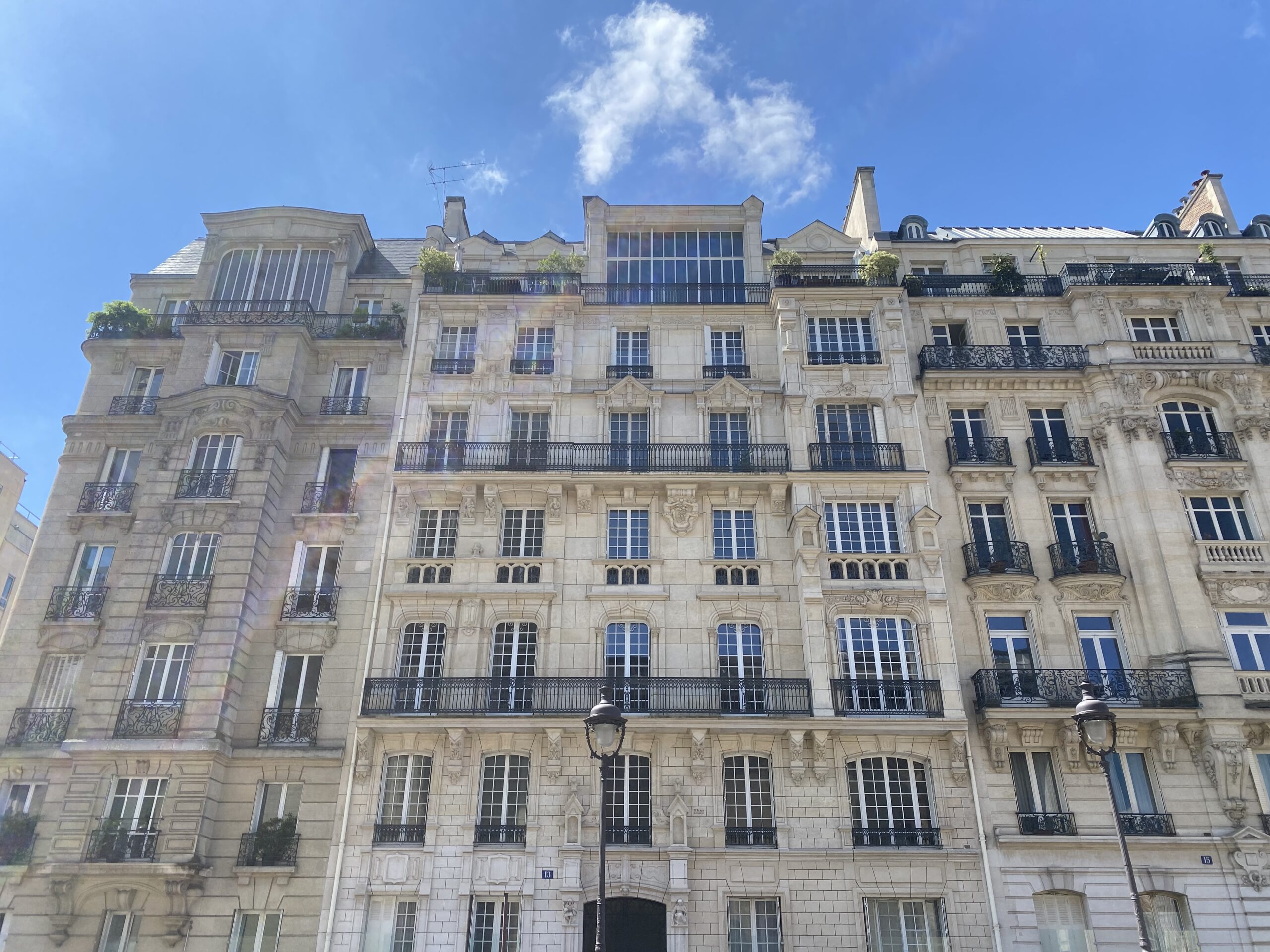 Before Paris’ makeover in the 19th century, however, the city was very different. Narrow, crowded streets, poor sewage management and markets placed in grimy back corners have created an environment plagued by disease and criminal activity. There are still a few examples in Paris, most of them in the Latin Quarter and the Marais. There are half-timbered houses in 11-13 Rue Francois Miron in the 4th arrondissement. Then the House of Nicolas Flamel (not exactly that of Harry Potter), considered the oldest house in Paris, in the 3rd. There is also 3 rue Voltawhich was once considered the oldest house in Paris thanks to its 13th and 14th century architecture, but was later discovered to be dated to the 17th century.

To find more examples of what medieval architecture looked like in France before the 19th century, you’ll need to head to Alsace, Normandy and the Loire Valley.

An abundance of half-timbered houses Where half-timbered houses, popular in England, France and Germany between the 15th and 17th centuries, is still found in France, particularly concentrated in the Alsace-Lorraine region bordering Germany. This region, disputed between France and Germany for centuries, has taken on new characteristics each time it has changed hands, like a child of divorce showing off a new haircut or a new pair of shoes that the other parent paid. But despite its convoluted history, Alsace-Lorraine is today largely frozen in time. In Strasbourg, the largest city in the region, the entire historic city center (or Grande-Île) is a Unesco World Heritage, just like the Neustadt, or “New Town”. The medieval old town, built in a Germanic style around a Gothic cathedral, was then integrated with the more Haussmannian French architecture of the Neustadt in a way that perfectly reflects the complex permutations the town has undergone. 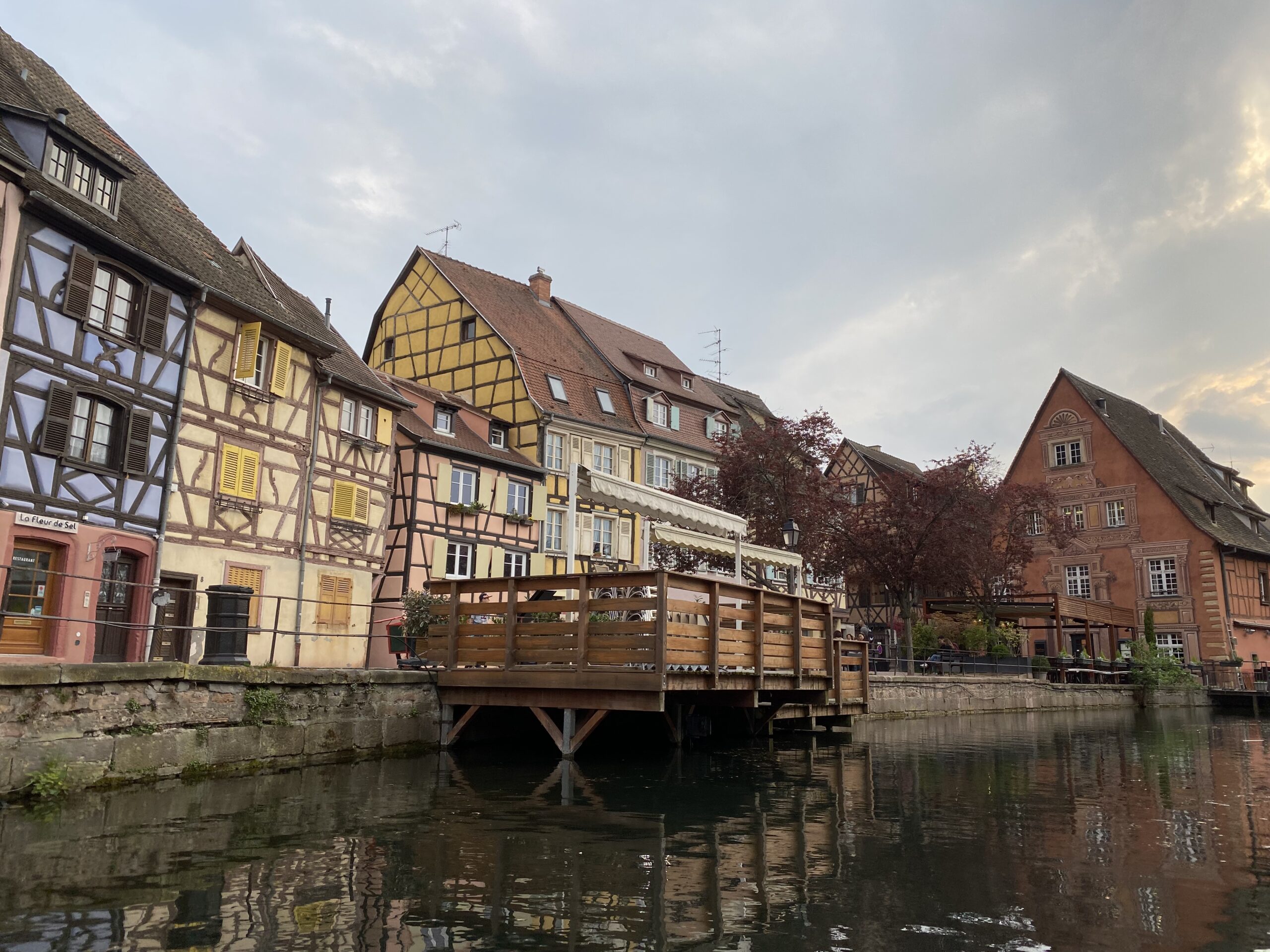 The architecture of Alsace-Lorraine has an undeniable charm, with several villages in the region claiming to be the inspiration for Disney’s fairytale town The beauty and the Beast. Colored houses actually served an important function in a pre-literate medieval society, with colors corresponding to the professions of the people who worked there. Bakers lived in yellow houses, butchers in red houses, and fishermen in blue houses. But sometimes people were looking for more than just a bite to eat. The heart-shaped cutouts on the window shutters of some of these buildings aren’t just a cute decoration. Young men looking for wives knocked on these windows, and the young girls who lived there could peek through the cutouts to see what they were working with. If they like what they saw, they opened up. Otherwise, the windows remained closed, something like a medieval version of Tinder. 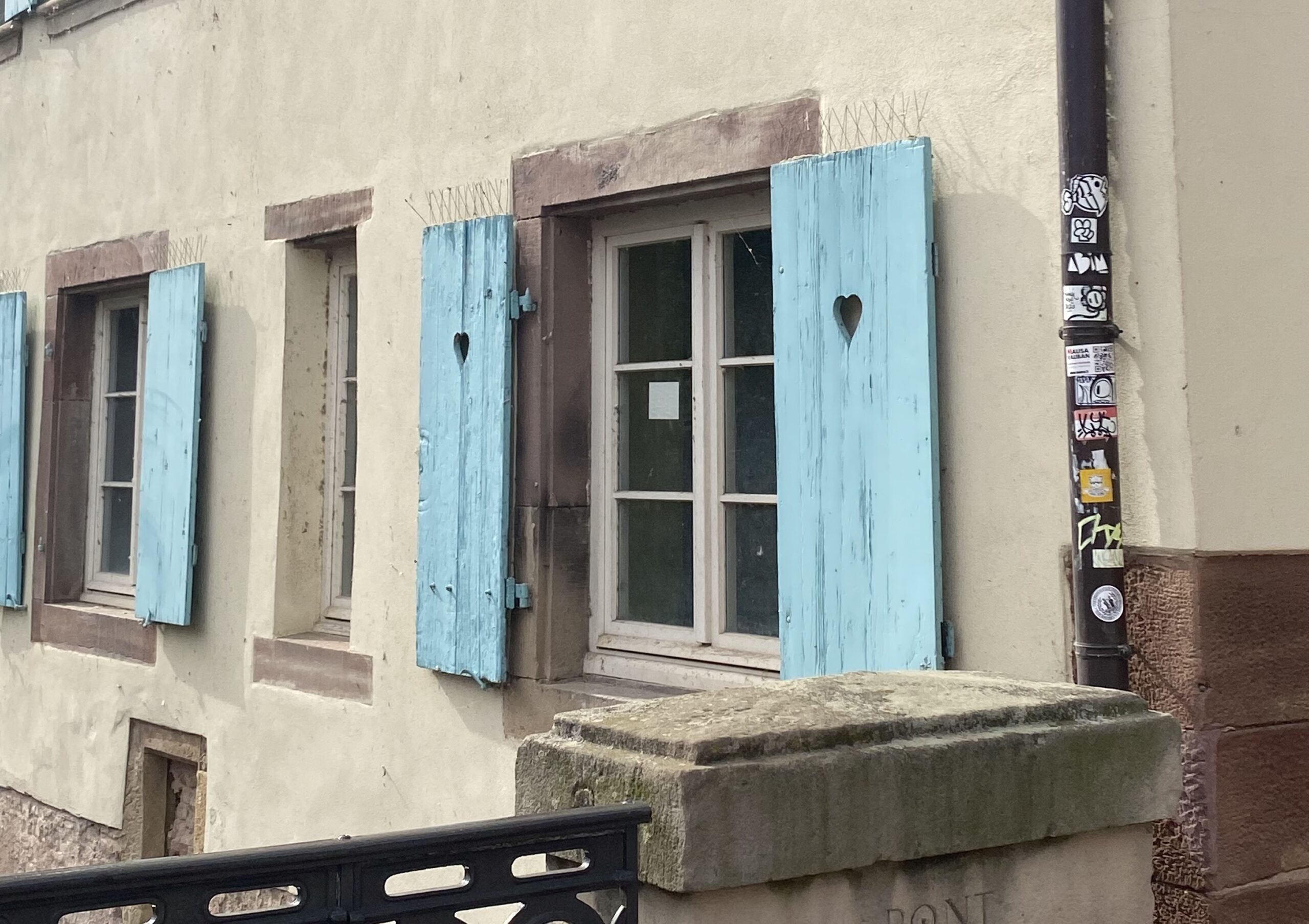 So you might be wondering why, with all of France’s preservation efforts, more of these adorable towns don’t exist. Unfortunately, timber frames are, shall we say, highly flammable, and many medieval towns burned to the ground in accidents thanks to the fireplaces and candles necessary for everyday life. 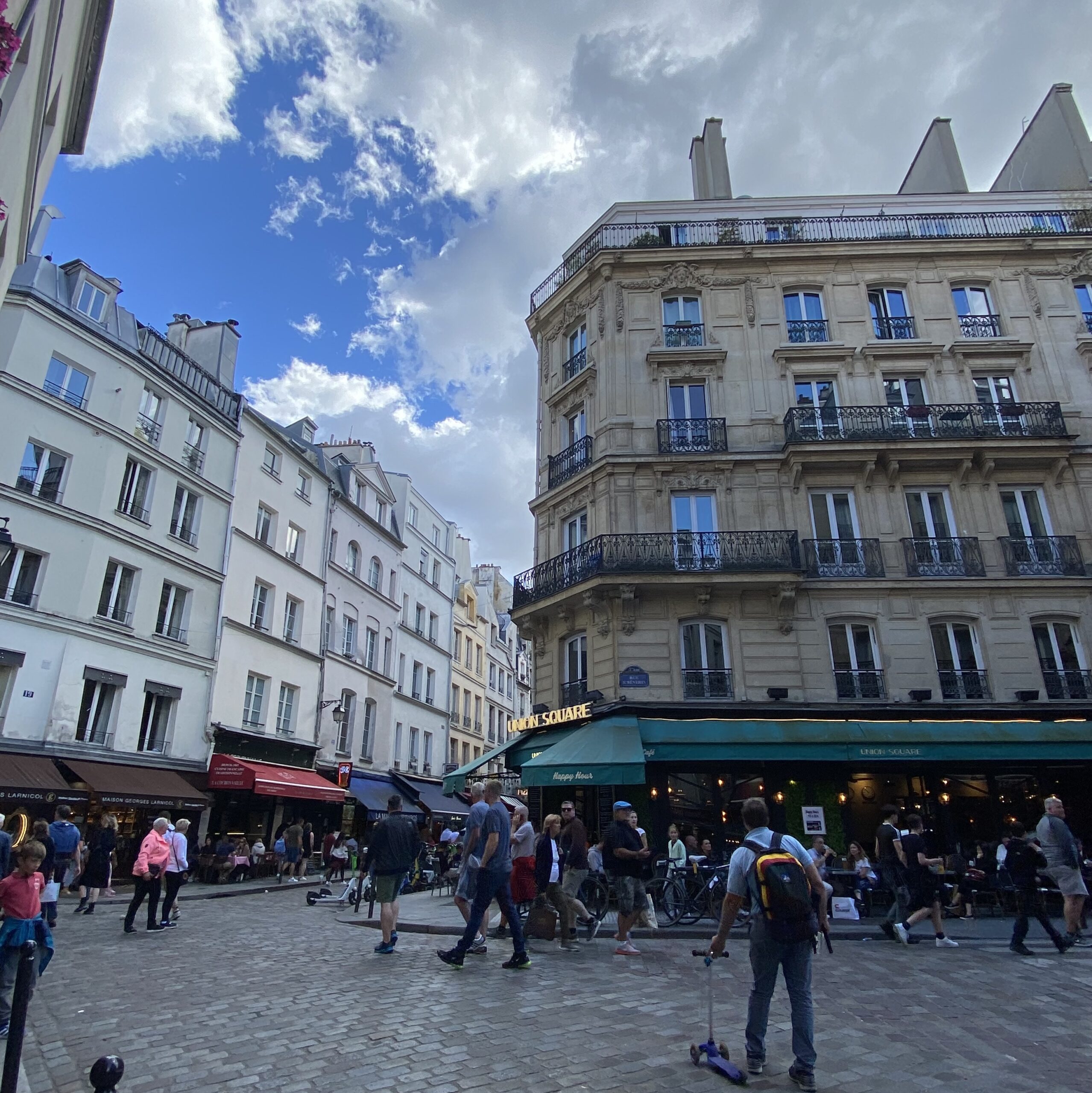 France’s architectural upgrades were part necessity, part strategy, and part aesthetic demonstration of upward mobility. But they helped make France the popular tourist destination it is today. Decades after Haussmann’s death, its wide boulevards became the stage on which Paris’ famous café culture took place. Now that the city’s cafes opened onto more open streets, terraces could be built and life moved out of the cramped medieval buildings into the public eye. In the 1920s and 30s, café society dominated the streets of Paris. Famous writers like Jean-Paul Sartre and Ernest Hemingway have become staples in cafés in Saint-Germain-des-Près like Les Deux Magots and Café de Flore, or in Montparnasse at La Closerie des Lilas and La Rotonde. Artists like Joséphine Baker and artists like Salvador Dalí used restaurants, cafes and nightclubs as places to see and be seen, forge connections and keep tabs on the city’s news a century before the social media does not take over. But none of this would have been possible without changes to the fundamental structure of Paris. France has a reputation as an environmentalist, but that’s because it’s changing in spurts, not gradual increments. Drawn from every corner of the country and from every era of France’s complicated past, French architecture speaks for itself. These walls are talking, are you listening?

Catherine Rickman is a professional writer and Francophile who has lived in Paris, New York and Berlin. She’s currently somewhere in Brooklyn with a fork in one hand and a pen in the other, and you can follow her adventures on Instagram @catrickman.