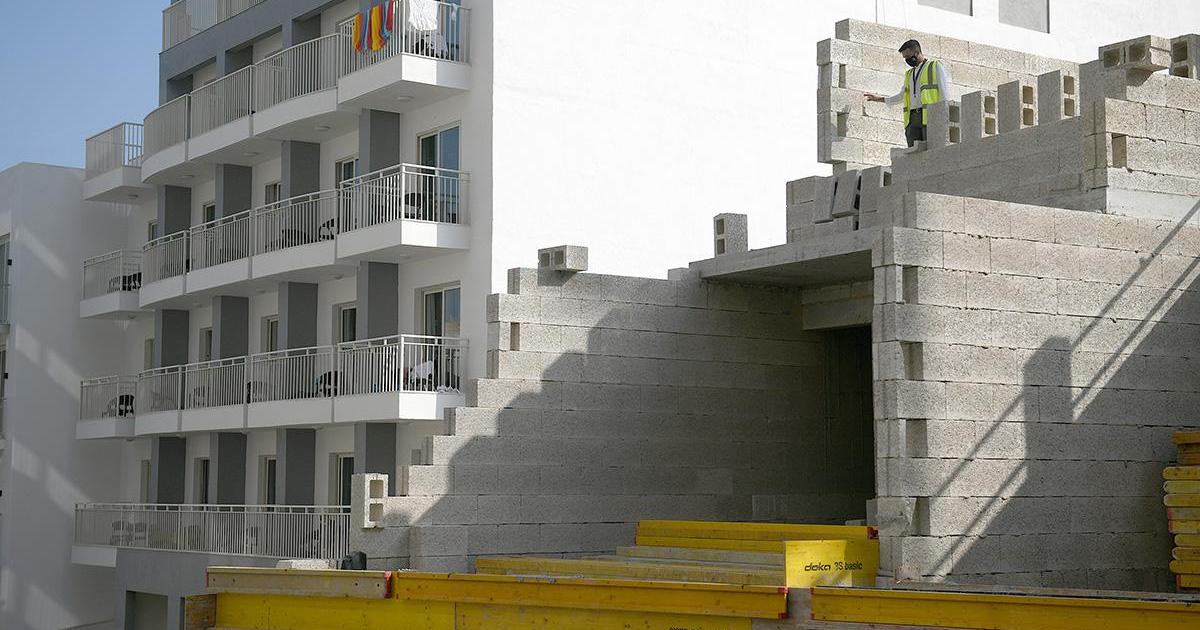 A construction that works for Malta – Mauro Overend

As the small Maltese islands quickly disappear from my plane window, I can’t help but think that this is the last (over)dose of sunshine I’ll get for quite some time. But the impending seasonal blues are tied to a more disturbing glimpse of my two-week stay on the Sunny Isles: the shabby and unsustainable state of Malta’s built environment.

It seems that others share my last concern. In a recent Times of Malta survey, the built environment claimed the dubious honor of being Malta’s ‘biggest issue’ in the minds of nine out of ten Maltese residents; with 78% voting for “overbuilding” and 12% identifying “traffic”, both a direct indictment of the built environment.

Let me add a few more interpretations to this useful, if somewhat laconic survey.

A look at some Eurostat indicators reveals a mixed picture on the amount of construction in Malta. For example, the gross value added of construction activity in Malta has varied between 3.6% and 4.8% of GDP over the period 20210-2020 and has never exceeded the EU average, similarly investment in housing in Malta was 3.9% of GDP in 2020, which corresponds to a median EU country.

Unsurprisingly, at 17.8%, Malta has a percentage of land occupied by residential buildings comparable to some of the most densely populated regions in Europe, such as the Düsseldorf and Antwerp regions. Malta apparently has a high density of built-up areas with significant building activity, but no more so than some of the densest and busiest regions in the EU.

What is harder to quantify, but arguably more noticeable, is the poor quality of construction in Malta. These range from shabby construction sites that generate more noise, dust and other hazards than strictly necessary, to dissatisfaction with the end product itself. The combination of the two is a perfect storm of high volume, low quality construction. Therefore, the writing is on the poorly constructed wall of the legacy that the current generation will leave to the next.

But what are the root causes of general dissatisfaction with the built environment? The material evidence points to a fundamentally unbalanced approach. Specifically, the short-term economic gain (profit) seems to overshadow the other two important factors, namely societal benefit (people) and environmental impact (planet). Yet it is well known that ignoring any of the three P’s is foolhardy.

For example, every construction project in Malta seems to be treated as an isolated cash cow. This keeps investors happy and lubricates the wheels of the economy, but neglects the societal benefits of good architecture and fails to address the need for environmentally sustainable construction.

Unfortunately, there is no single magic recipe for finding a fair balance between economic gain, user care and natural resource efficiency, but to design each building as a profit project, use practices ecologically unsustainable to build it and disregarding the impact on society, results in an unpleasant dish.

A truly holistic sustainable built environment goes beyond meeting the demands of the current generation without compromising future generations; rather, it requires a more incremental approach to a regenerative and resilient built environment for the future where symbiotic and circular relationships are established across the value chain.

To put it more simply: ‘Resilience’ is what ensures that a building designed for today’s needs is also fit for the future, especially when self-inflicted changes in our climate take hold, while ‘symbiotic’ and ‘circular’ approaches provide a way to deal with large amounts of construction (and other) waste by using it as a source of high-value products through reuse and recycling.

It follows that reversing the downward spiral of Malta’s built environment is essential, possible and non-trivial. Malta has a proud history of overcoming daunting challenges and bequeathing humanity architectural gems in the process. The Neolithic temples and towns of Grand Harbor to name a few. But the time for tinkering and bandaging is over. Rather, it requires a radical and visionary approach with unambiguous goals and tangible, measurable results, such as:

1. A scalable, integrated, low-carbon public transport system that creates physical separation between transit vehicles and pedestrians/cyclists and does not spoil the environment with another layer of clutter.

3. An end to the dissonance of materials, heights and styles of adjacent buildings, significant greening of urban areas and proper management of publicly accessible rural roads and rural areas. This will require an explicit societal pact where certain individual freedoms to build as one pleases are exchanged for a more harmonious built environment and better access to nature.

4. An efficient way to manage the existing stock of buildings and infrastructure. These range from careful custodianship of the islands’ remarkable heritage, to improving the performance of existing underperforming buildings and civil infrastructure, to programs to use demolition waste as a resource for new construction.

If the residents of Malta truly care about their future and that of their future generations, it is time to raise their aspirations, craft a plan that is unpartisan and inclusive of the community, and follow up with equally resolute action.

From a more personal point of view, I will actively reduce my air travel, including to Malta, which is another cause of climate change, but I am also aware that my professional activities in the built environment have a much greater impact on my carbon footprint. I will therefore concentrate my efforts on the latter.

Mauro Overend holds the chair of structural design and mechanics at TU Delft, the Netherlands. He is an architect and civil engineer, trained in Malta and the UK.

Independent journalism costs money. Support Times of Malta for the price of a coffee.

Explore art and architecture on a walking tour through Bruges