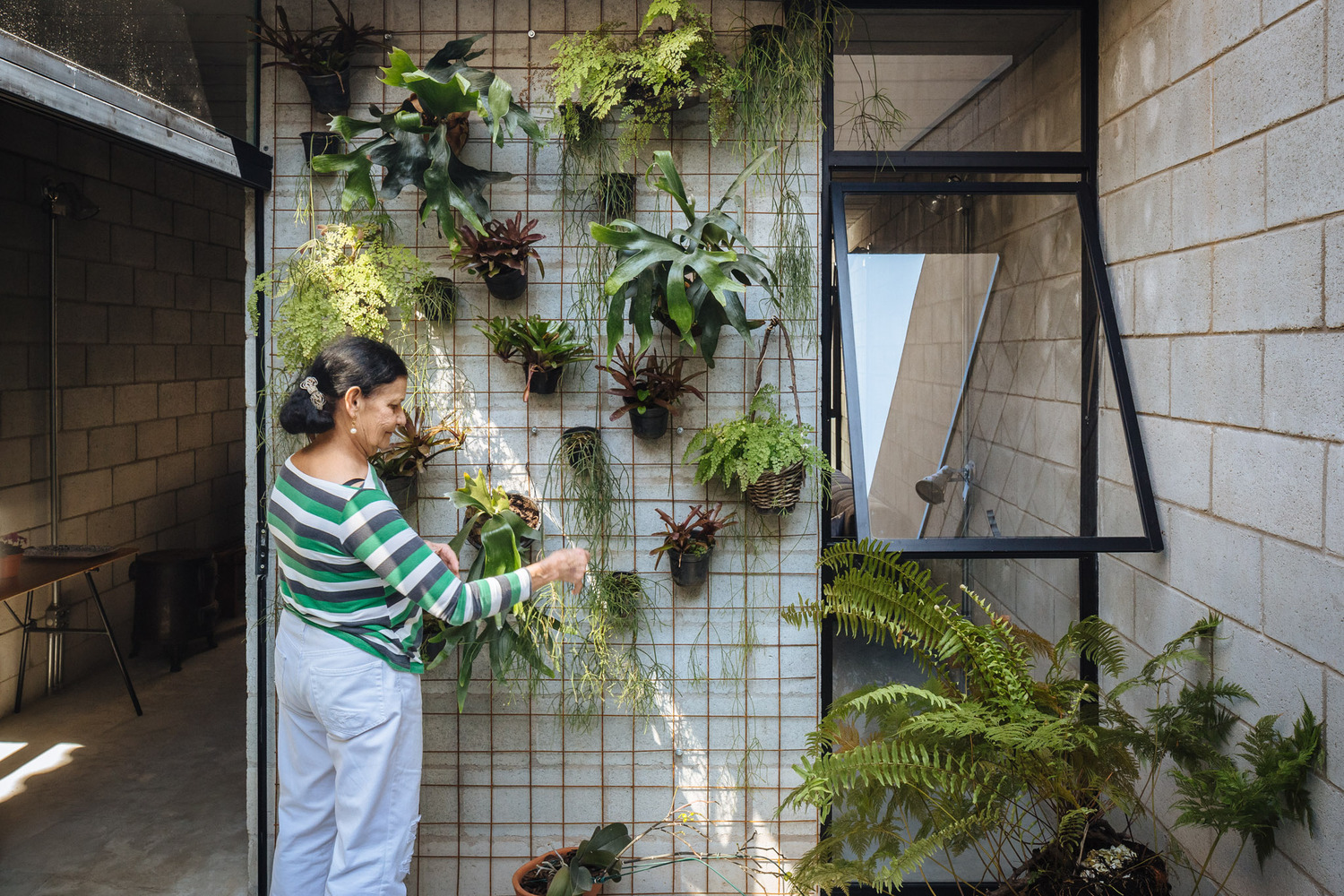 Earlier this year, I witnessed an intriguing situation. I followed, via an architect friend, the negotiation for the contracting authority of an architectural project for a single-family house. The owner of the land, a teacher in a public school, sought professional help to build her dream house, estimated at around 60 square meters. It was challenging terrain, with specific cutouts and very steep topography which was offset by the view of the city. The limited budget and the history of the owner indicated that it would be the seaside version of the famous house Vila Matilde de Terra e Tuma.

In the course of history, the first proposal presented by my colleague was not accepted, it was far beyond the expenditure expectations of the future client. However, it was already too late, the architect was too involved in the story and the challenge that would come with the project, so he suggested that he make a counter proposal based on his budget. The counter-proposal was made and, with symbolic value, they decided to launch the project. But something happened between the verbal acceptance and the formal contract. After an interview with the project manager who will be in charge of the construction, the client declines his offer and decides to continue the adventure without the help of a professional.

The expectations of the fellow architect crumbled, as did, most likely, the architectural quality of the house, and this unfortunate ending prompted some important thoughts. Much has been said about the democratization of access to architectural design, a subject that has many initiatives created by architects to make the project more accessible, especially in terms of budget.

In addition to independent strategies that offer free or affordable projects and consultations, like that of the aforementioned colleague, other similar initiatives can be listed. One of them is the Technical Assistance Law in Housing of Social Interest (ATHIS) which, in practice, is a government subsidy for the development of projects, monitoring and execution of works intended for families whose income is less than three minimum wages. Its fundamental principle is the generalization of access to architectural and urban planning services, by paying for technical work and by dealing with prejudice/misunderstanding of the category by communities.

In another area of ​​activity, renowned architects have also helped to facilitate access to architectural design through initiatives such as open source sharing. Its exponent, without a doubt, was Chilean architect, Pritzker Prize winner Alejandro Aravena, who in 2016 provided four of his most famous projects free of charge, allowing anyone interested to use and adapt them freely. With this strategy, Aravena focused on private initiatives and governments, declaring that there would be no more excuses for not investing in good affordable housing projects. In addition to this, other international platforms make projects available for free, such as Paperhouses, which offers free projects from renowned architects such as Tatiana Bilbao Architects, EMBT and architecturespossibles, or Wikihouse, which offers low-cost projects for the construction of sustainable housing. .

Fundamental to democratizing access to architectural design, these initiatives – with very different approaches and levels of action – demonstrate that there is an effort on the part of professionals in this direction, even if there is still a long way to go so that, in fact, they can cover the entire population in need. However, it seems that in addition to the strategies of sharing technical knowledge that make the architectural project more accessible, there are structural and ideological barriers that must be broken down for this democratization to really take place.

The advantages of hiring an architectural professional are numerous, listing them here is to reaffirm the essentials, however, such advantages, well understood by us, do not seem so obvious to a large part of the population. This lack of appreciation of architecture occurs in different situations and for different reasons, it is something that is not exclusive to a social class, the scale of the project or the amount to be invested, although it is possible to notice a greater resistance to architectural services in the less affluent classes, mainly due to the stigma of being a luxury activity which increases the expenses in the work.

In other words, democratizing architectural design also means democratizing access to information on the profession through initiatives that present the role of architecture and urban planning and their ability to transform spaces authentically. In Brazil, the Council of Architecture and Urbanism itself has organized strategies and events with the main aim of enhancing the appreciation of the services of architects and urban planners, demonstrating that the cost is low and that it allows significant savings in renovations and constructions. However, these initiatives are still struggling to get out of the architectural circuit and reach others.

In short, it is not enough to provide technical knowledge altruistically if there is not a clear understanding of the benefits of having the professional support of an architect. In this sense, perhaps my colleague lacked a better argument on the subject, a final effort to show the importance of the architectural project for this democratization to be effective and accepted.

This article is part of the ArchDaily topics: Democratizing Design. Each month we explore a topic in depth through articles, interviews, news and projects. Learn more about our ArchDaily topics. As always, at ArchDaily, we welcome contributions from our readers; if you want to submit an article or a project, contact us.