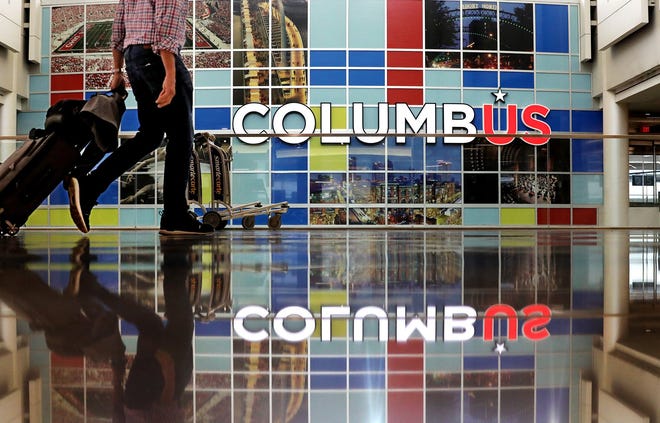 The Columbus Regional Airport Authority on Tuesday announced a new step toward creating a new terminal at John Glenn Columbus International Airport to replace the current structure, which was built in the late 1950s.

The authority, which operates John Glenn and Rickenbacker International Airport, said this week it was partnering with two architectural firms to design the replacement terminal.

Airport officials said the existing terminal is reaching the end of its useful life.

The authority will hire Gensler Architects, a San Francisco-based firm with experience in aerospace architecture, and Moody Nolan, a Columbus-based firm that won the Architectural Firm of the Year award from the American Institute of Architects in 2021, the highest honor in the industry.

“We are thrilled to take this important first step for our region’s leading passenger airport,” Airport Authority Chairman William Heifner said in a press release.

According to a tender document for an architectural firm, the authority wants a 900,000 square foot terminal with 35 to 40 gates. This is slightly larger than the current terminal, which has 31 gates.

The authority also wants a car park with 5,000 spaces, an increase from the current 4,000 spaces at the airport.

The new terminal will cost more than a billion dollars. Airport authority officials said continued repair of the existing terminal was no longer viable.

The airport authority did not provide a construction schedule, but said the new terminal will be built in phases and in years.

The design and future phases of the project are subject to the approval of the airport authority board.

The existing terminal will be demolished once the new one is built.