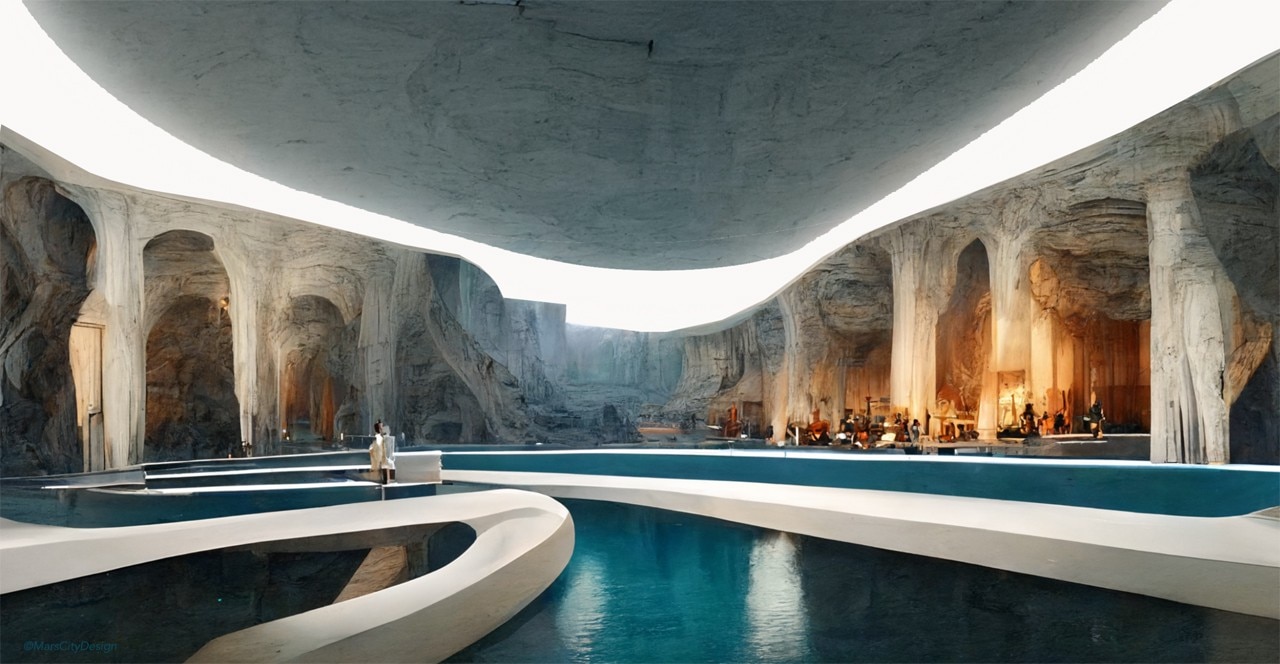 “As an example” continues Muliyani “we use the way the particular walking dunes build themselves to help us build our radiation shelters, also aiming to create infrastructure for collective, not just individual, habitats: apparently the dunes can move about a foot (30 cm) per year, and we we understood that our foundations also had to be mobile”. Biomaterials are also a promising testing ground for Martian architecture: “Papua New Guineans, when they went to Hawaii, carried four types of plants, for food, medicine, material such as clothing, and the last for construction, such as bamboos.
So, in addition to bringing machines to bequeath to the next generations transforming the materials available on site, another solution is to grow plants. We also wanted to experiment with algae, and especially mycelium for construction, and the interesting thing about mycelium is that once you process it, it’s actually solid, like bricks.”

The approach goes from macro to micro, from the scale of the city to the habitat, passing through agricultural practices to nutritional habits in their microbiotic effect, “focusing the composition of meals on the well-being and strength rather than comfort, on lower carbs aimed at granting longevity: when you have a healthy internal microbiome, you have a healthy brain, better regenerative cellular systems, and better mental health.” A super-probiotic named AstroSpace, tested on the health-enhancing needs of astronauts, has also been developed and brought to market.

Blaze to Glory: How We Restored the Queen’s Castle