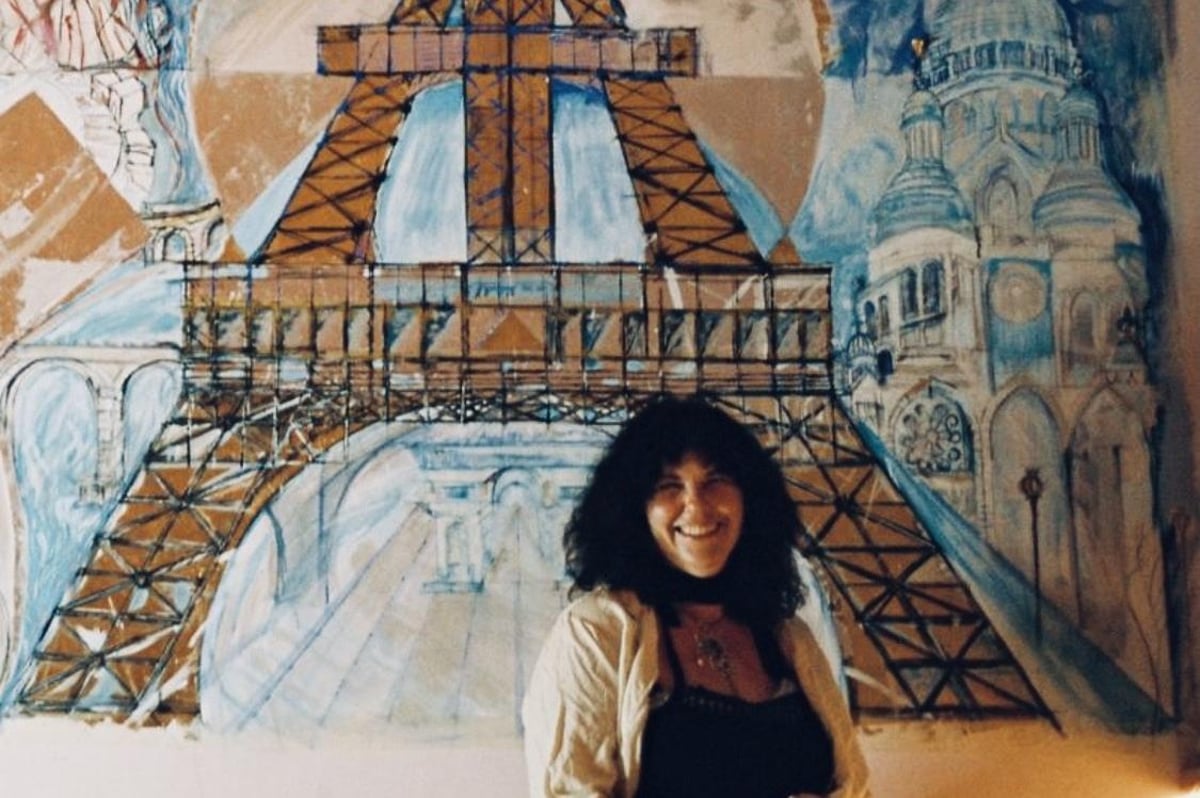 Suzi Macaulay has set up two commissions in restaurants in Edinburgh, using the combined knowledge gained from two different degrees to improve the environment for diners.

And the freelance architectural designer has already received a literal boost from one of the biggest names in Scottish art – even if she chased him away.

Suzi Macaulay used her knowledge of art and architecture to create the murals.

She may not have recognized painter Jack Vettriano at first, but he returned the next day to offer some advice.

The two murals, one at Pirlous in the city’s Grassmarket and the second at La Plaza Bistro in the New Town, are designed to bring atmosphere to empty spaces by recalling history at home and afar.

Macaulay, 50, graduated from Edinburgh College of Art twice – first as an artist in 1993 and then as an architect in 2012.

She uses these two skills to bring the murals together.

The first order at Pirlous.

“I find it very expressive – because I’m an architect, I understand structures,” she said.

“The two murals are both very different. The first was in Pirlous and depicts Edinburgh in the 1700s, which is quite an imposing image.

“I wanted something that would be dramatic, grab attention and make people stay longer.

“It took a few months because I had to paint in the evening when the restaurant was closed.

The second order at The Plaza, Edinburgh’s New Town.

“It’s black, white and gold to reflect the moodiness of the Grassmarket. The gold represents the brilliance of the lights of the old inns.

The success of the first mural gave the opportunity for the second in The Plaza, this time sponsored by Craig and Rose Paints, the bistro requesting a streetscape in Turkey, much like in Edinburgh.

Macaulay said, “It was about architecture. Mardin in Turkey, where the owner is from, is remarkably similar to Edinburgh. It has an imposing castle sitting on top of a rock, with the old town below.

“They were so happy with it that they asked me to paint the Eiffel Tower as well.”

The commission led to a chance encounter with another Scottish painter.

“While I was painting in the evening, people would stop, knock on windows and cheer me on,” Macaulay said. “One night I was on top of a ladder and when I paint I just get absorbed.

“A guy started knocking on the window and gave me a thumbs up. He had a flat cap and glasses on, and I didn’t recognize him, so I just chased him away.

“He came back the next day and this time I recognized him as Jack Vettriano. He came in and gave me some painting advice. He likes to encourage new Scottish painters, so he gave me some advice.”

With the two murals completed, the use of art and architecture has already given Macaulay a sense of emboldening as she looks for her next move.

“It gave me confidence in my own abilities as a painter,” she said. “The two skills are very intertwined and feed off each other.

“I have always been a painter. I love it and I want to continue.

“I’m on my way to Sicily to study the murals for a month, and hope there will be more commissions when I get back.”