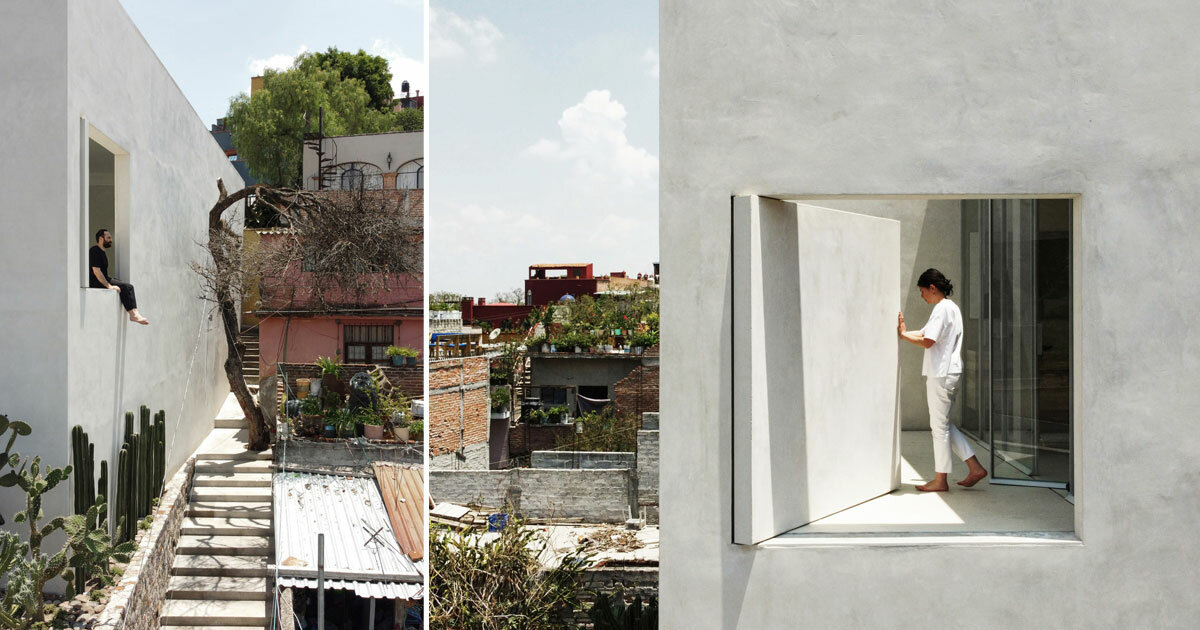 the associated architecture creates a refuge of calm

Emerging from the pastel-hued homes of San Miguel de Allende in Mexico, this white plaster lodging and Gallery inspire calm. Designed by Associates Architecture for a couple of young Italian-American designers, Sin Nombre Casa y Galeria is characterized by neutral color tones and a scheme that “works inward.”

The new house is located in a densely populated neighborhood in the historic center of San Miguel, a UNESCO World Heritage Site that dates back to the 16th century. “The site, trapezoidal in shape and accessible only by a small uphill pedestrian road, had a slightly demolished plinth of local stone”, explain Nicolò Galeazzi and Martina Salvaneschi of Associates Architecture

An architecture of private worlds

Galeazzi and Salvaneschi’s design begins as an extrusion of the trapezoidal plot, making the house appear as a monolithic, almost completely solid volume from the outside. But once inside, the house opens up and the architects’ concept becomes clear: “an introverted inhabited enclosure that hides inside the three microcosms (three patios) of the living area and the sleeping areas, protected against the backdrop of the Mexican city.

“Referring to the local residential typology, we opted for a scheme that works inwards and proposed a series of empty spaces in the plan in the form of patios”, says Salvaneschi. “These voids, along with the spiral staircase, are what give the project its character. They filter the city all around, perceived through muted noise and reflected colors; they suggest a different perception of scale to the user, unlike the intimate rooms inside; they allow a high contrast of light and shadows.

The first void is the large, plant-filled patio on the first floor, which connects to the kitchen, dining room, and living areas through floor-to-ceiling glass walls. A spiral staircase then leads to the second floor, where there are two en-suite bedrooms. Each room continues the microcosm concept with its own private enclosed patio. The larger bedroom patio also features a square-shaped panel that opens out to the city. This functional panel is one of only two very carefully planned openings into the city, the other of which is a tiny window that looks up to the domed roof of the San Miguel Church of the Immaculate Conception. 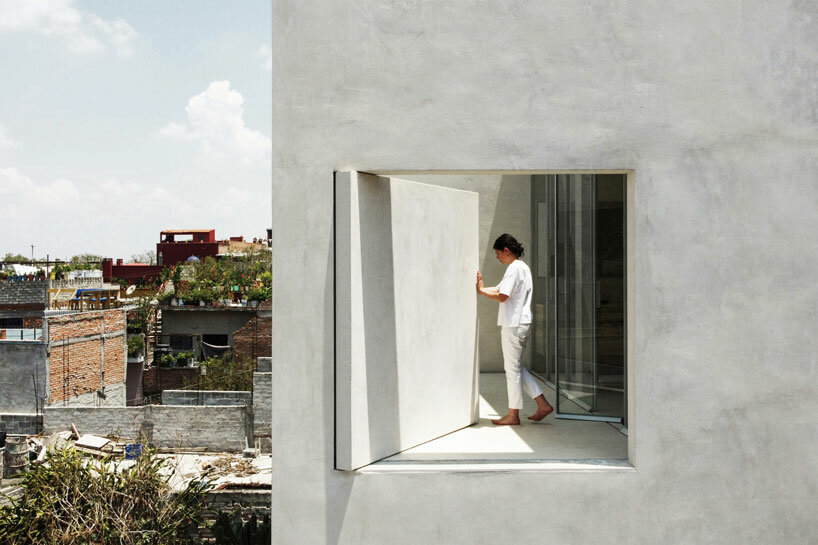 the large hinged panel opens onto the city

The design culminates in a rooftop terrace, which provides residents with unobstructed 360-degree views of the city. It’s a surprising but welcome ending that helps anchor this otherwise introverted home to its location. Architects say, “The terrace, the last level of the house, opens a relationship to the city and the surrounding context.”

Galeazzi adds, “The two-story home is designed to celebrate privacy while maximizing exposure to natural light. And it achieves this through patios and a rooftop terrace. 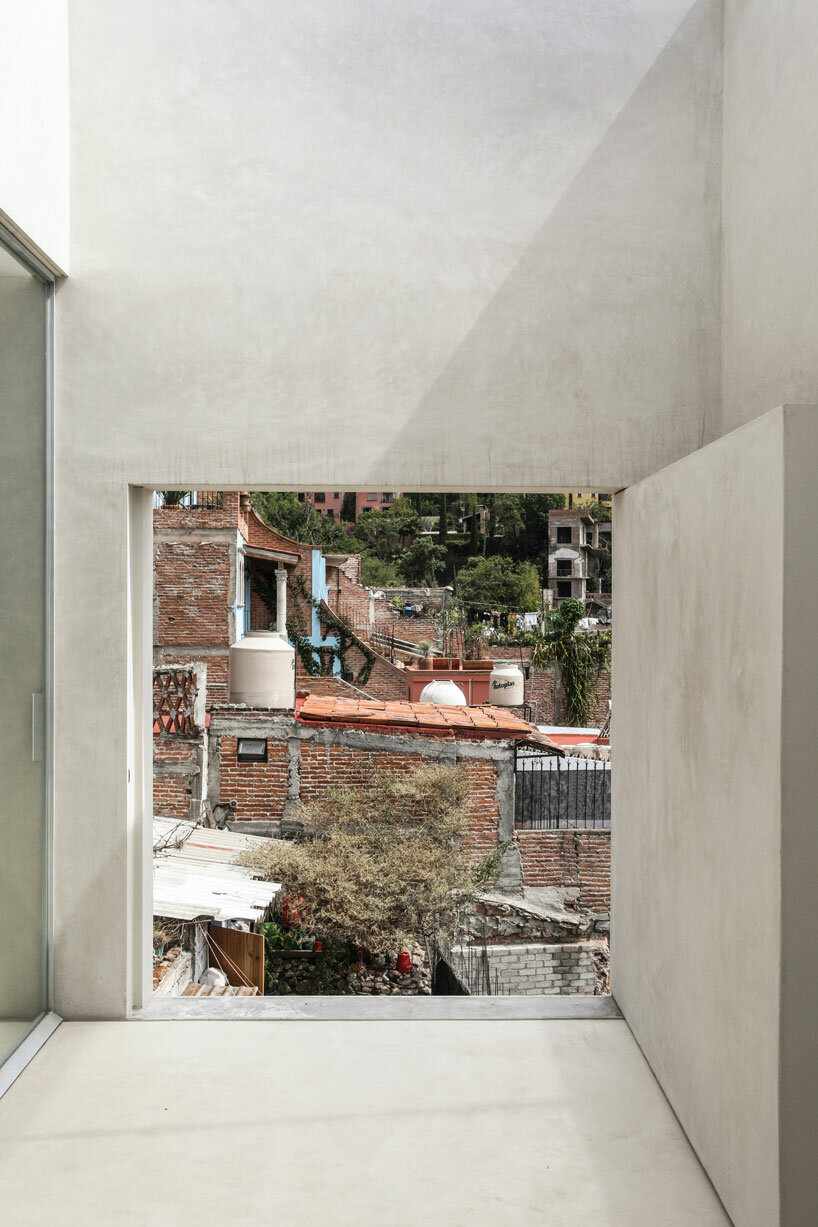 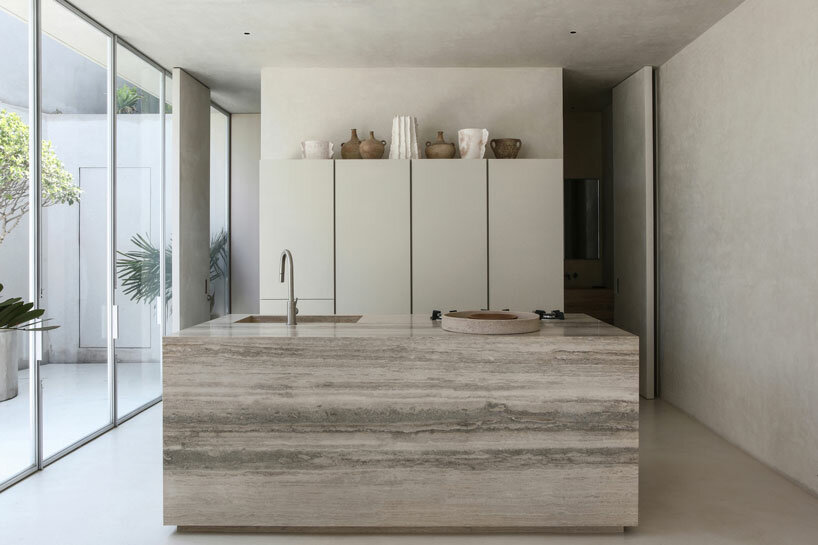 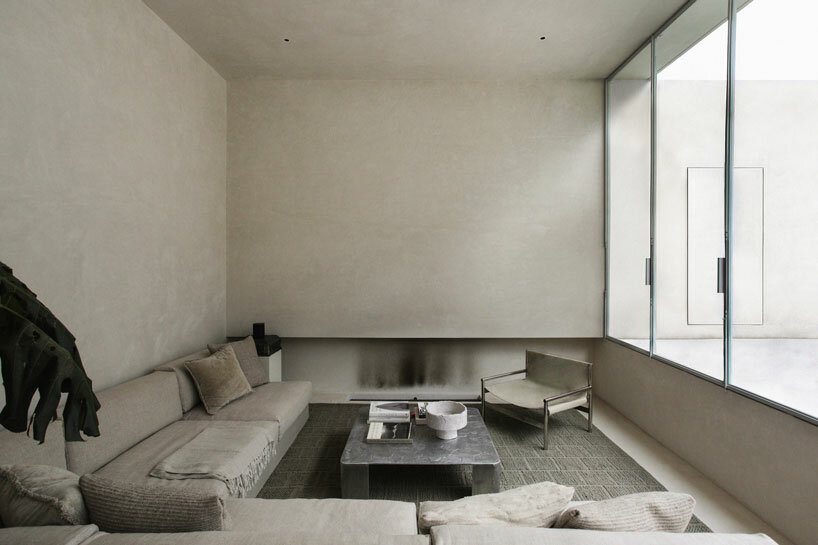 the sunken living room with fireplace 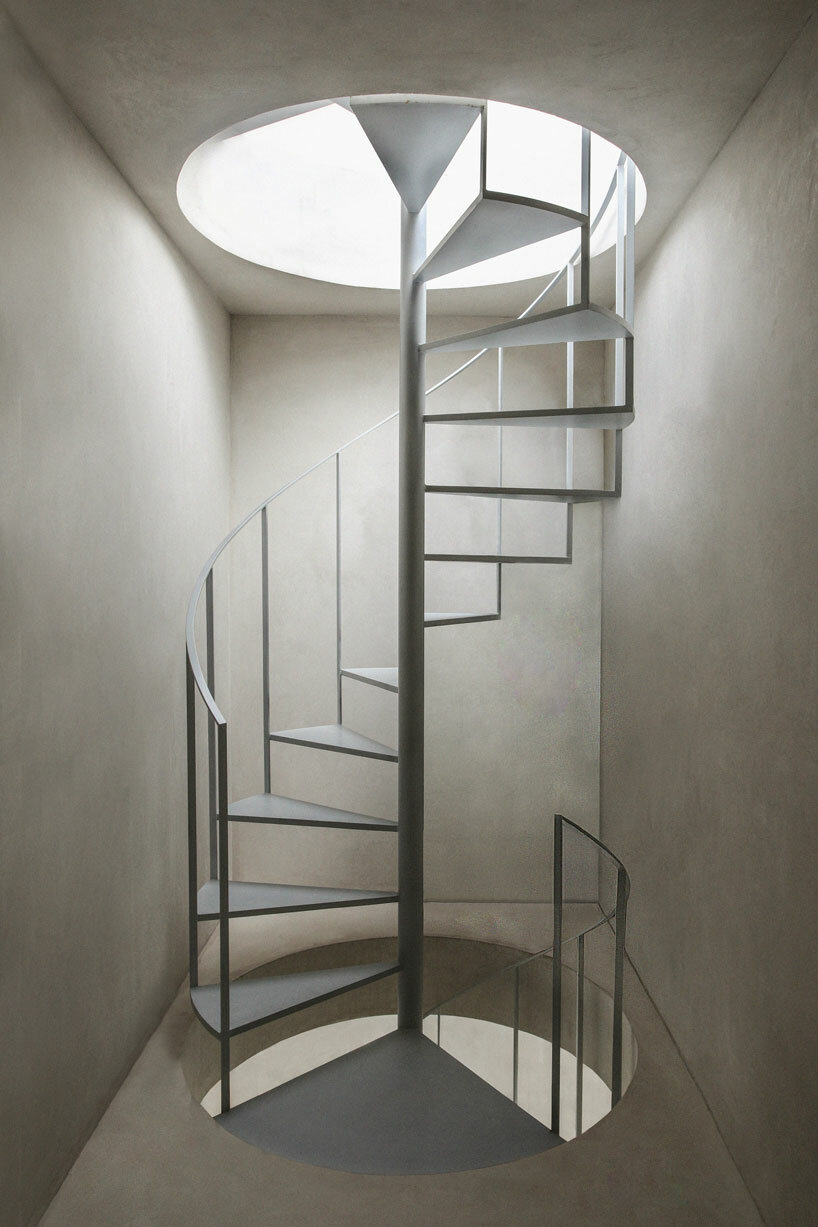