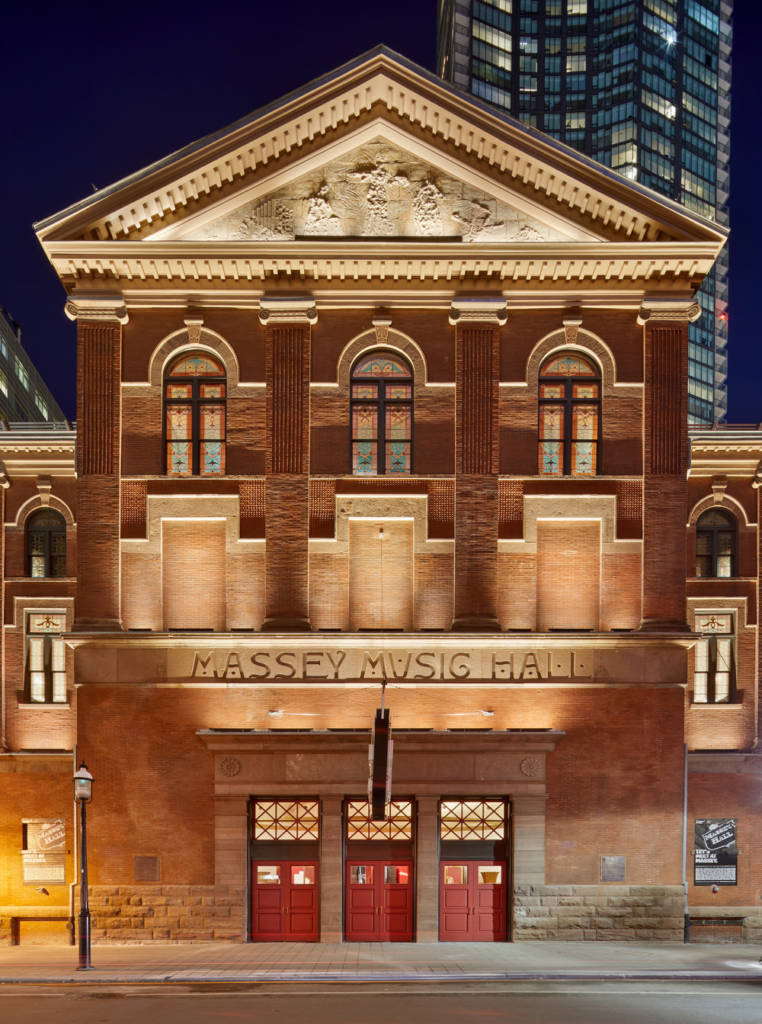 The revitalization of Toronto’s heritage Massey Hall has introduced modifications to reveal more of the structure’s historic details, while retaining iconic design elements of the past.

The most difficult repair of the project was the decorative plaster ceiling. Covered in wire mesh over the past 50 years, the ceiling plaster has been restored, where some parts of the plaster have been removed and acoustic plaster has been introduced to improve the room’s acoustics.

As for the hall’s lobby, originally renovated in the 1930s in full Art Deco style, all of its elements have been preserved and maintained, despite visual inconsistencies with the Victorian interior of the hall. Whether it is the terrazzo floor, the marble surrounds, the ceilings or the walls, each heritage element has added a layer of history to the room and has thus been preserved.

For the project, GBCA received the Award of Excellence (Conservation – Architecture) from the Canadian Association of Heritage Professionals, the Special Jury Prize from the Architecture Conservancy of Ontario, and the 2022 Crafts and Trades Award from Heritage Toronto.

“We are truly grateful for this recognition,” said Christopher Borgal, President and Chief Executive Officer of GBCA. “For us, what was important was to find the right balance between preserving the heritage fabric of the Halle, while making room for its modernization. It is a collaborative effort from the various teams involved that has enabled us to preserve the hall’s unique architectural identity.

Some of the other project partners were KPMB Architects as architect and interior designer, WSP as civil engineer, Entuitive as structural engineer and building envelope engineer, and Sound Space Vision for l ‘acoustic. Several independent sub-consultants and tradespeople provided their services for the project.