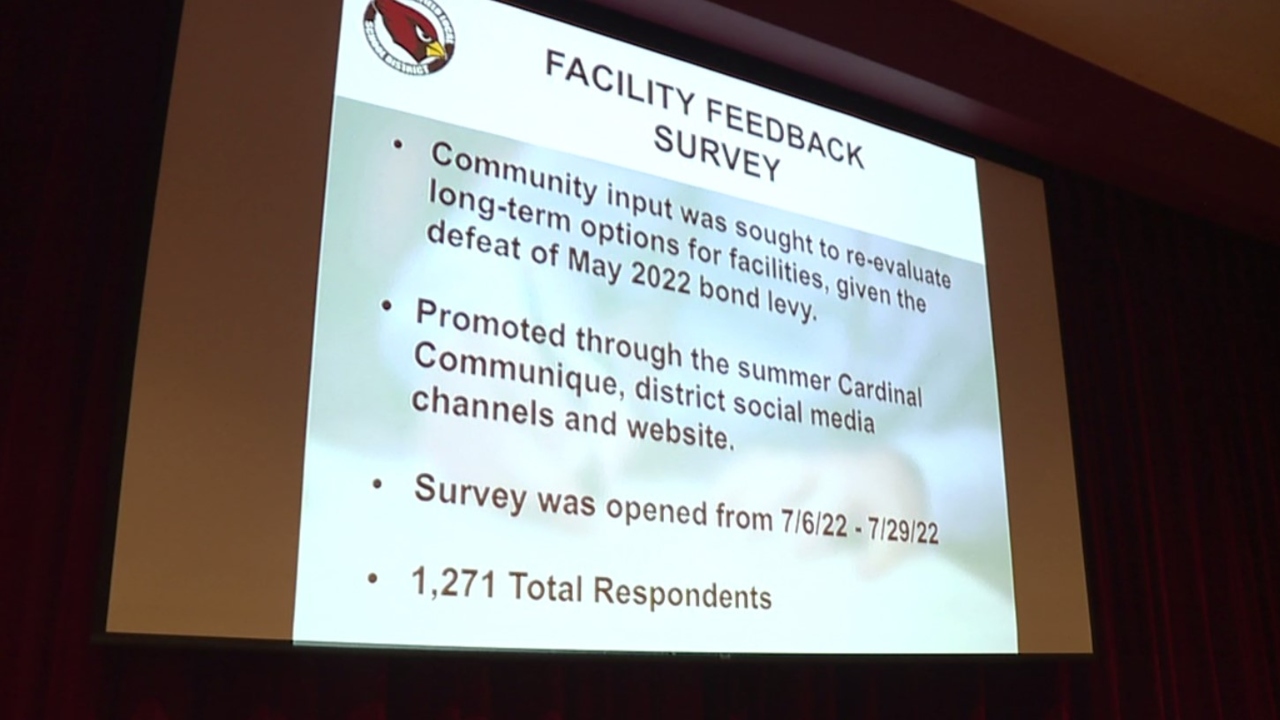 Officials explained how they want to proceed with a new master plan to revitalize and eventually rebuild school buildings. After the bond issue failed to raise more than $100 million, Superintendent Joe Knoll says they are starting to plan from scratch and need community input.

Local human society to make the most of the new space

Local schools in Canfield sent out a survey to summer residents about why the bond issue failed. Knoll officially presented these results.

The survey shows that nearly 80% of respondents think the district was asking for too much money, but 75% think the college needs to be replaced.

“One of the things we learned from this is that this master plan needs to be community driven,” says Cheryl Fisher of ThenDesign Architecture.

ThenDesign Architecture helps the district develop the master plan. Fisher, who is one of the company’s representatives, says the costs of maintaining the college’s century-old building are starting to get too much.

“The needs of our facilities, due to our aging facilities — especially the college — now exceed the financial capacity to meet those needs,” says Fisher.

Data from the Ohio Facilities Construction Commission shows construction costs have increased by more than $150 per square foot of building over the past 10 years.

“We hope that the market is tamed. But historically, what we know is that the costs never come back 100%. Over time, the cost will increase,” says Fisher.

Beginning in mid-October, the district will hold a series of meetings about each school.

“We’re going to spend time specifically in each building talking about their pros and cons, what’s going on there. And again, doing building tours,” says Knoll.

By April 2023, district officials hope to have a new master plan that will appeal to the community, which will then be presented to council.

The schedule for the next meetings is as follows:

Top 10 Architecture & Design articles of the month for September