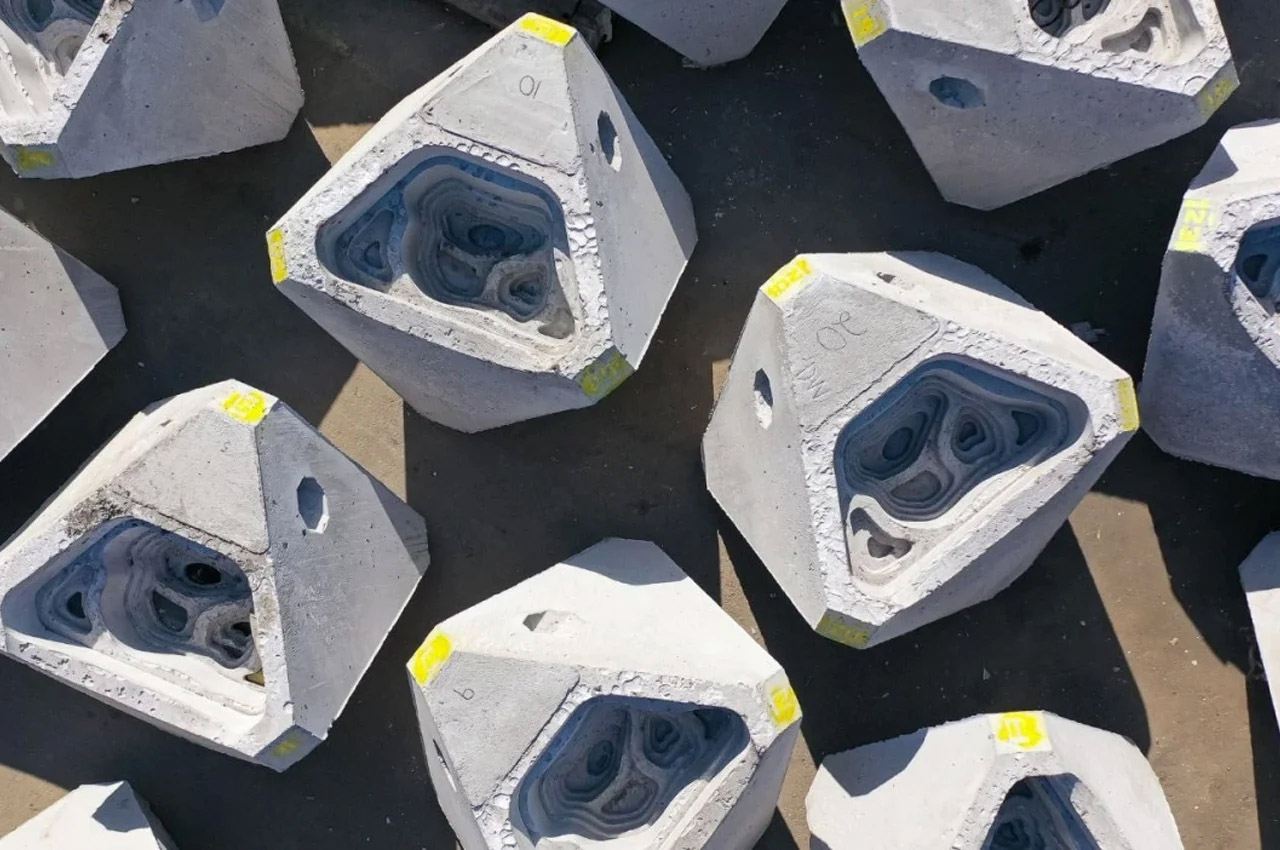 Concrete architectural designs that give us modern brutalism goals 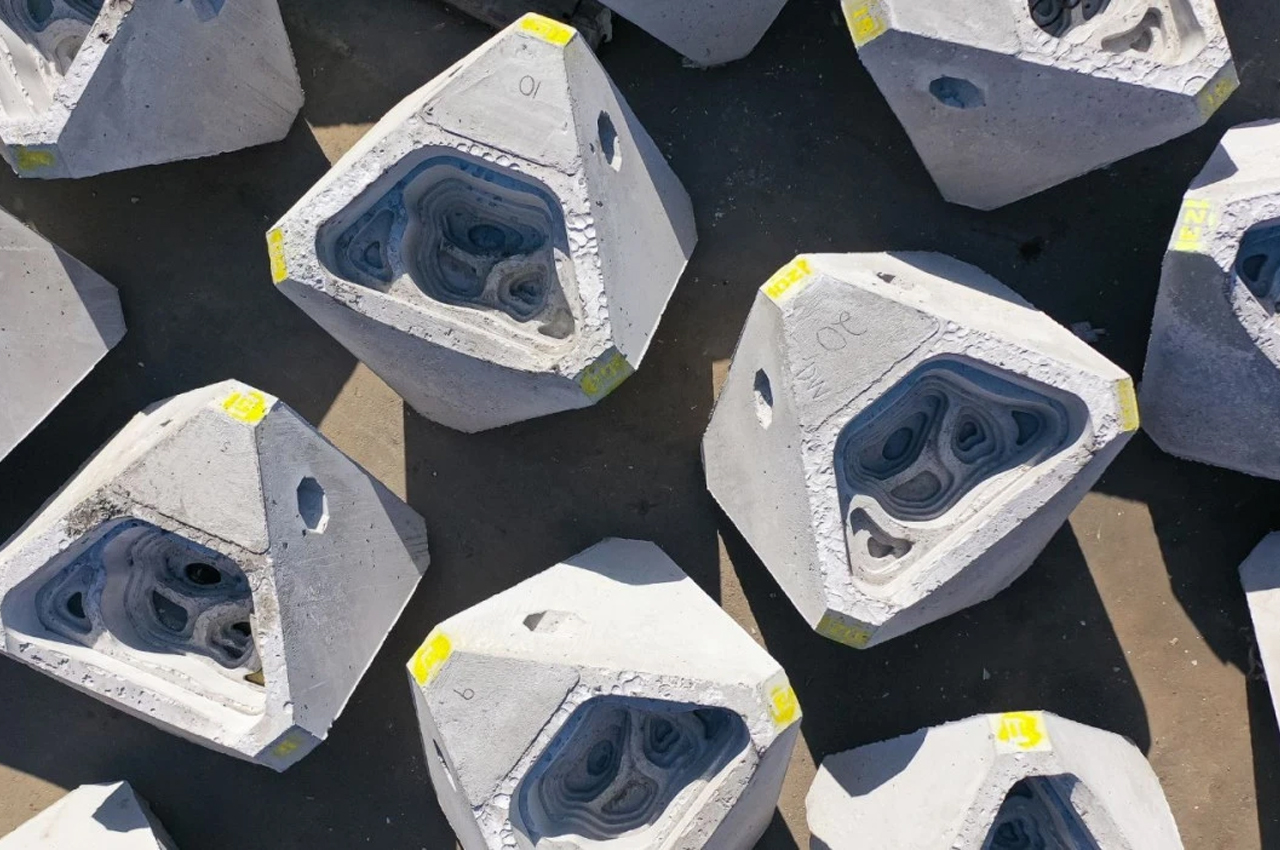 When we talk about modern architecture these days, we instantly have a vision of tall glass skyscrapers! Modern architecture today is mainly characterized by skyscrapers and glass structures. However, there is a growing trend that is slowly making its way into the world of architecture, and that is – concrete architectural designs. Concrete structures have a unique appeal to them. Raw, rustic and organic, these real, unfiltered architectural structures immediately grab your attention. And, we’ve seen that rugged, rocky material slowly make a comeback. Concrete architecture is gradually becoming a norm again, and not just a particular observation. In fact, unique concrete technologies are also created! From sustainable waterfront infrastructure to the world’s first 3D printed parkour playground, we’ve curated a collection of some of the most fascinating concrete structures we’ve seen. Enjoy! 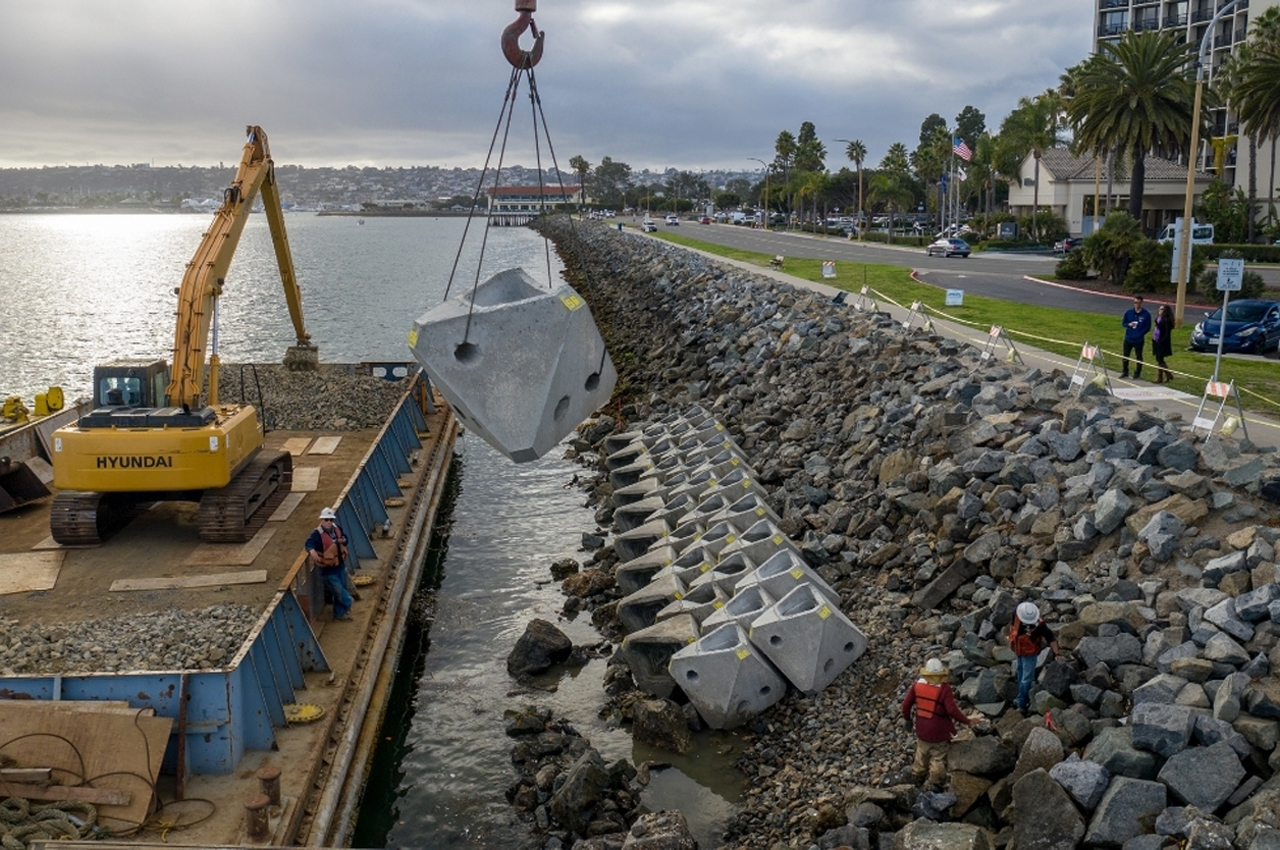 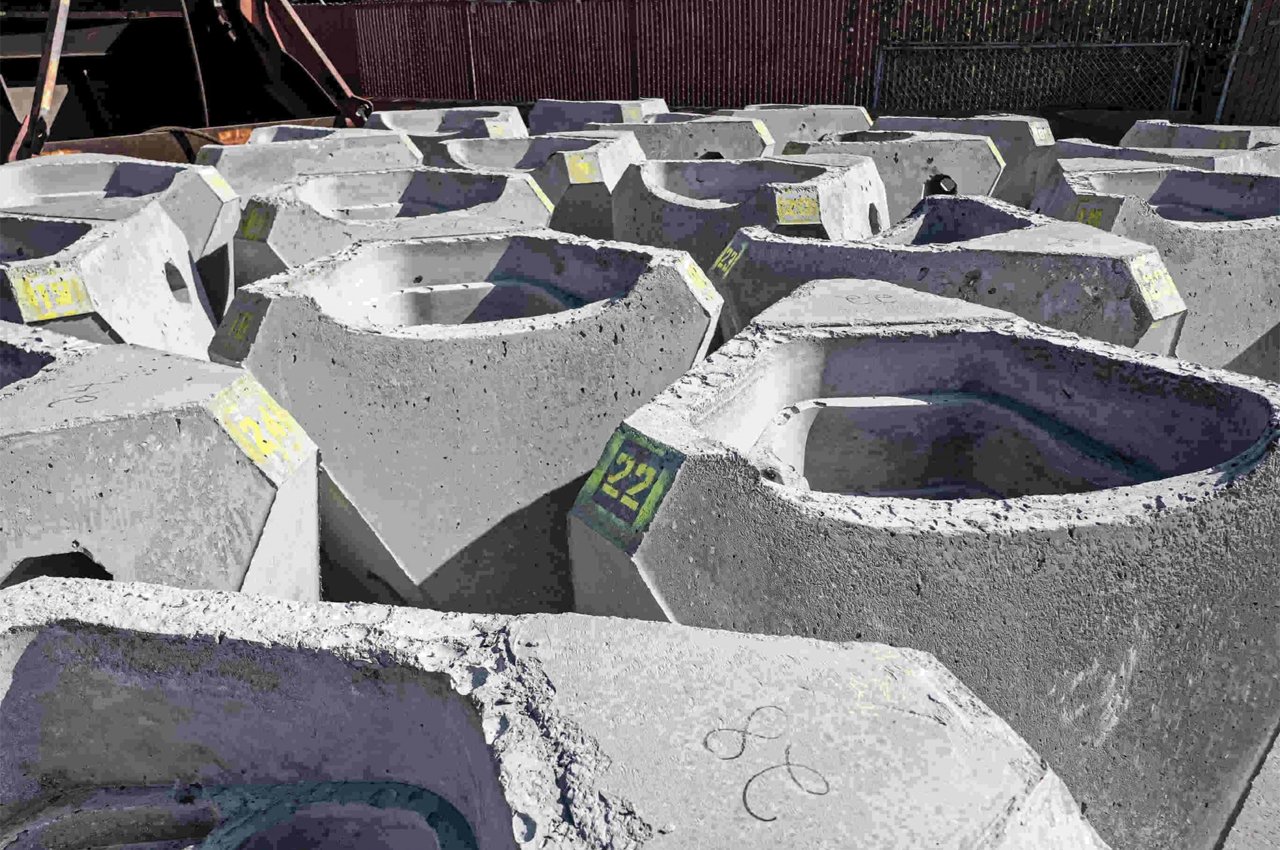 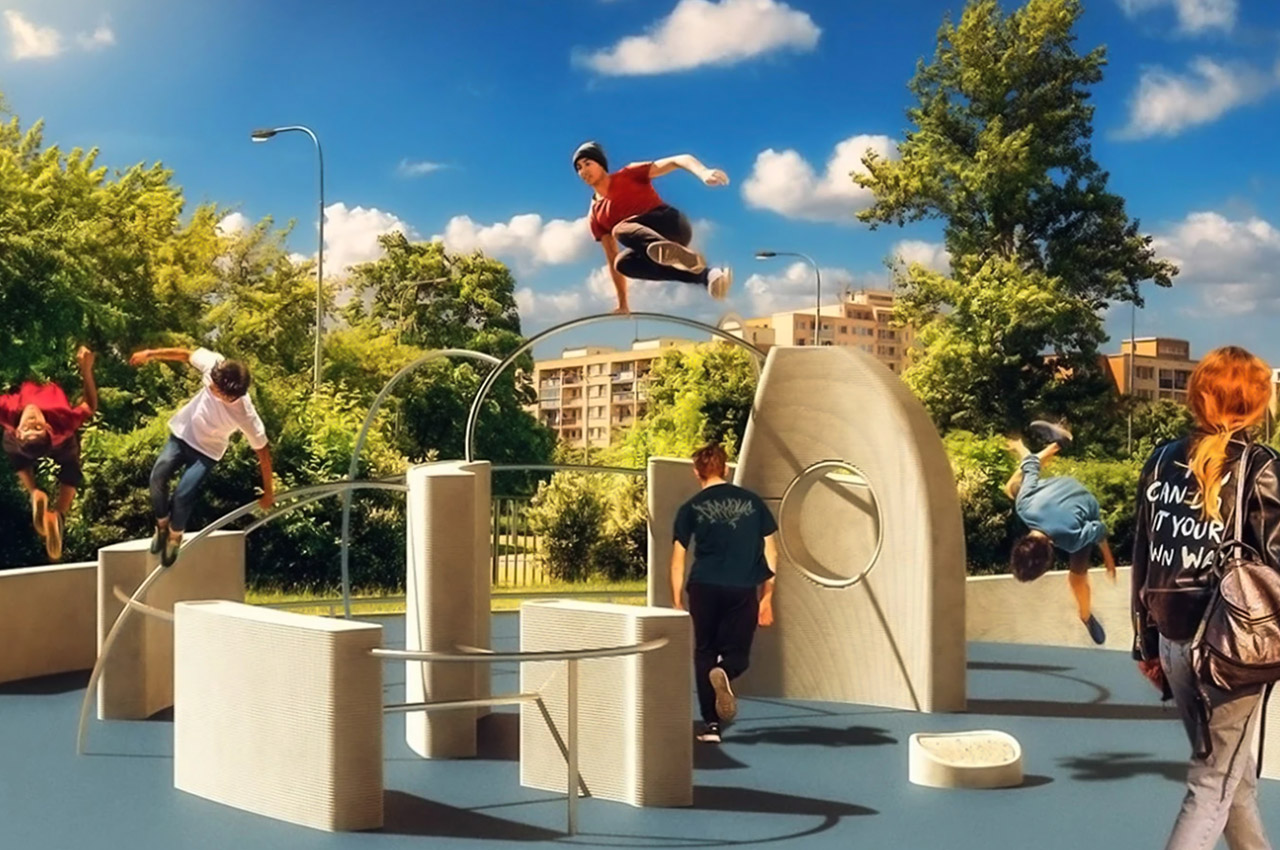 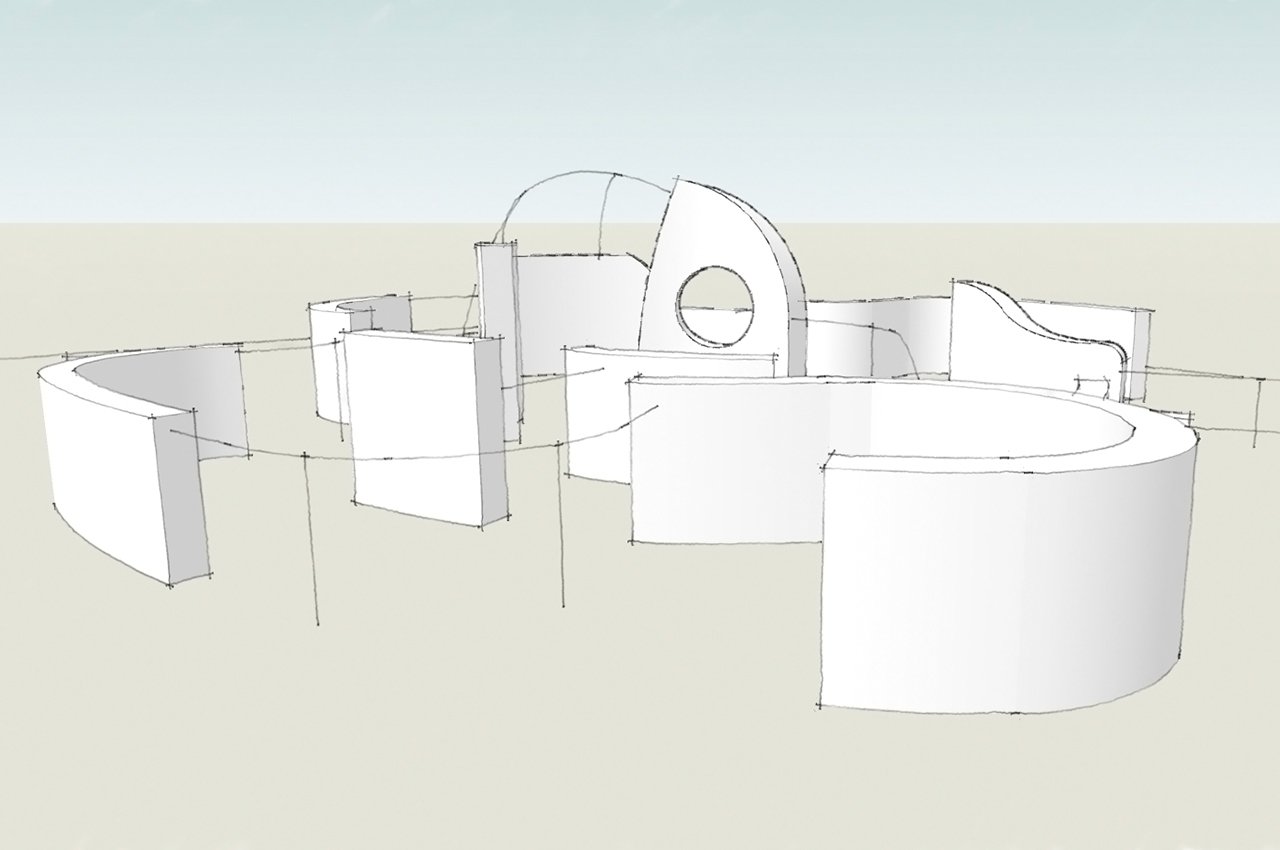 We see 3D printed architecture all the time now, but Czech Republic-based organization Buřinka has thought outside the box and literally taken 3D printing out to create a parkour playground! The 3D printed parkour playground is the first of its kind constructed from recycled concrete and other eco-friendly building materials. Parkour is the activity or sport of moving quickly through an area, usually in an urban environment, overcoming obstacles by running, jumping and climbing so that the structure is durable and resistant to the urban climate. 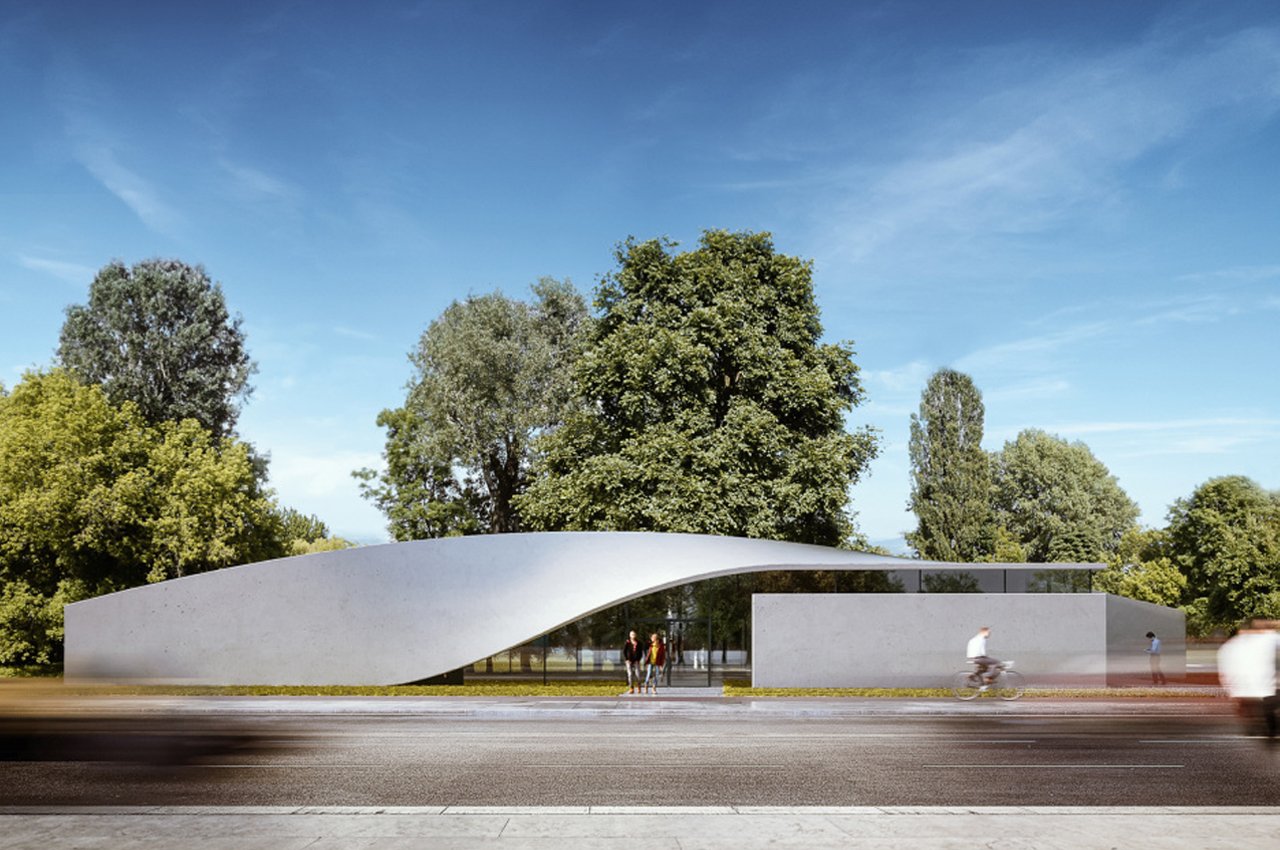 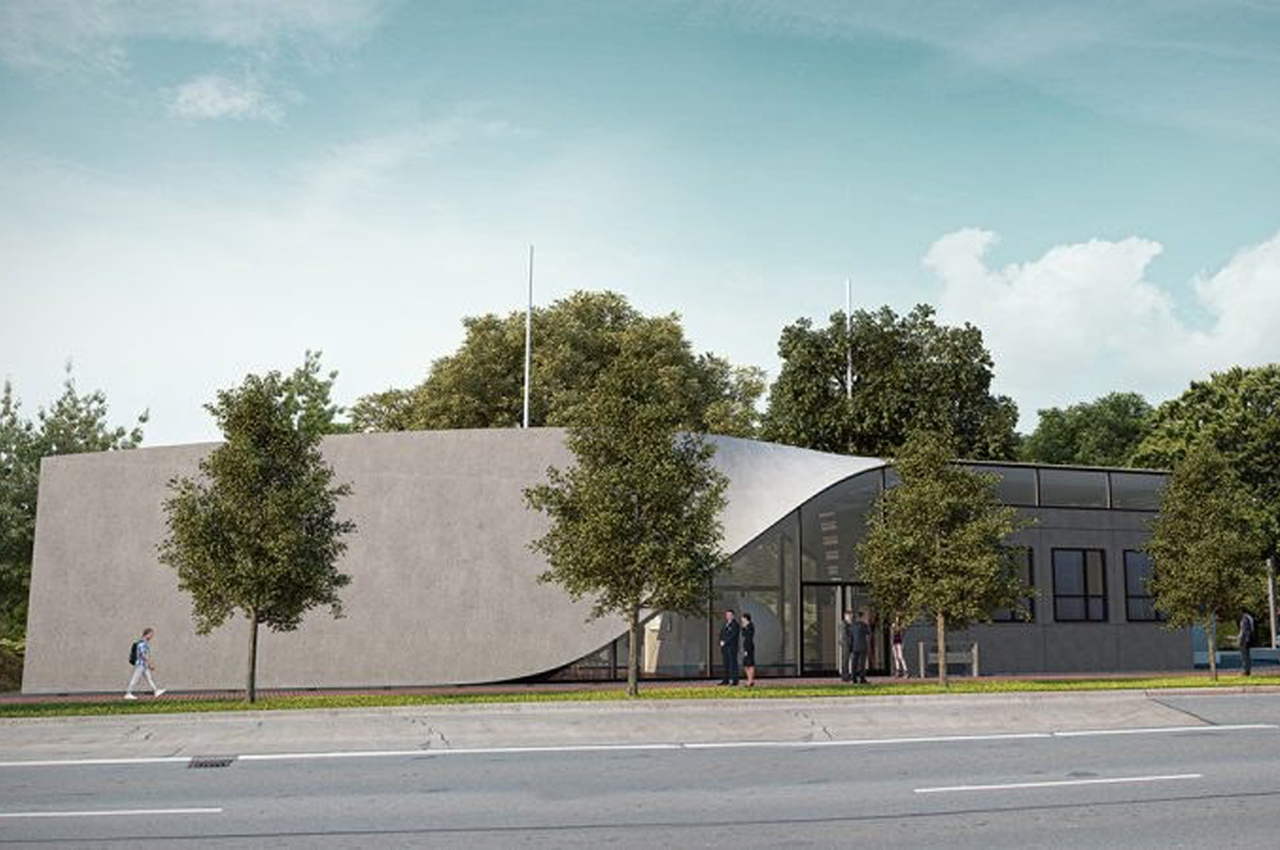 Henn, a Germany-based architecture firm, recently unveiled the concept for the world’s first carbon-reinforced concrete building in close collaboration with researchers from the Technical University of Dresden (TUD). The so-called Cube will primarily function as an exhibition space and research center for university students, and will also house a classroom and a small kitchen. Formed from the dense carbon mesh and poured concrete, the Cube will consist of two main components, a pre-engineered box that will make up the floor and walls, and a double curvature roof, twisted from the collapsible carbon-reinforced concrete. 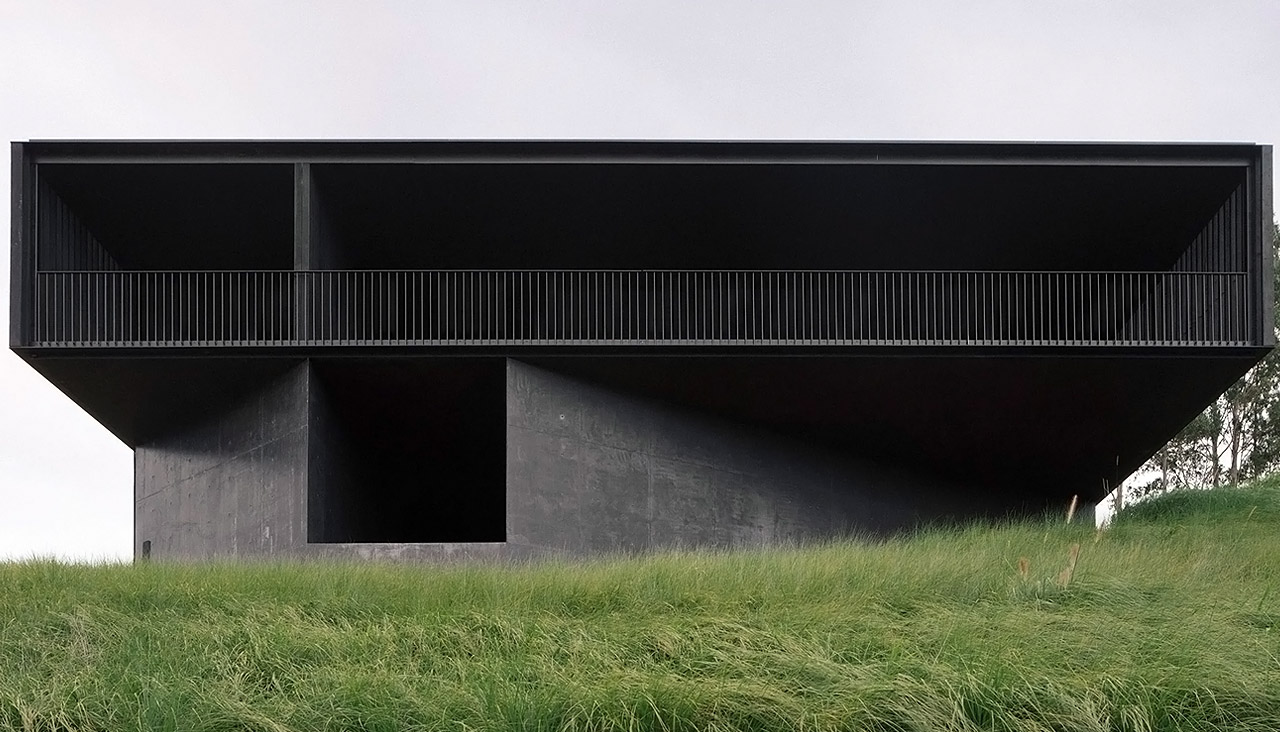 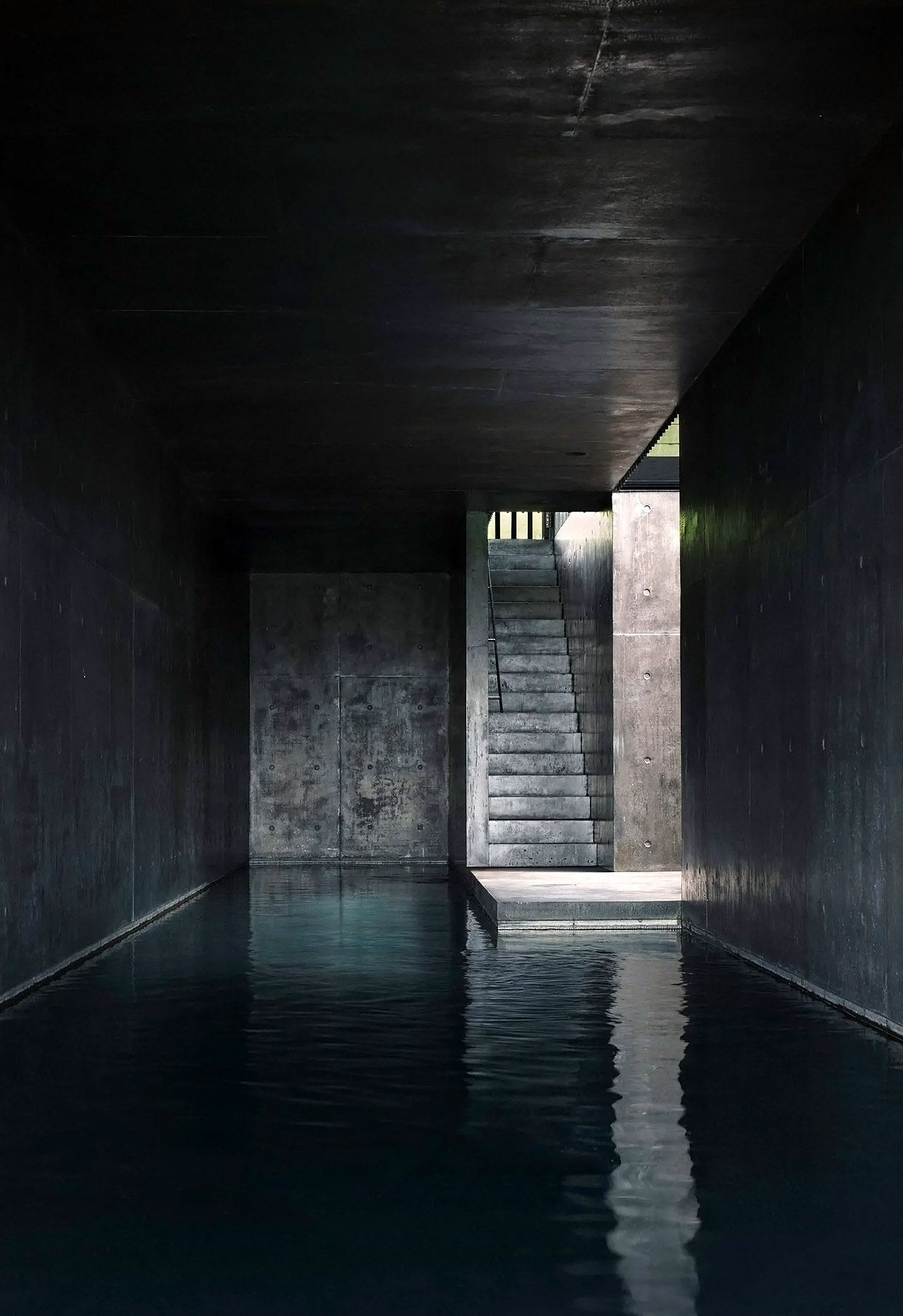 Australian studio Edition Office designed Federal House, a black concrete house, in a village called Federal, New South Wales. Created from a combination of black concrete and black wooden slats, the peaceful house is located on a gentle slope, surrounded by lush vegetation. “From a distance, the building is recessive, a shadow in the vast landscape. Looking closer, a highly textural outer skin of thick wooden slats contrasts with the fore sense of a machined tectonics, allowing the gestures of organic materials to conduct dialogue with physical human intimacy,” explains the studio d ‘architecture. 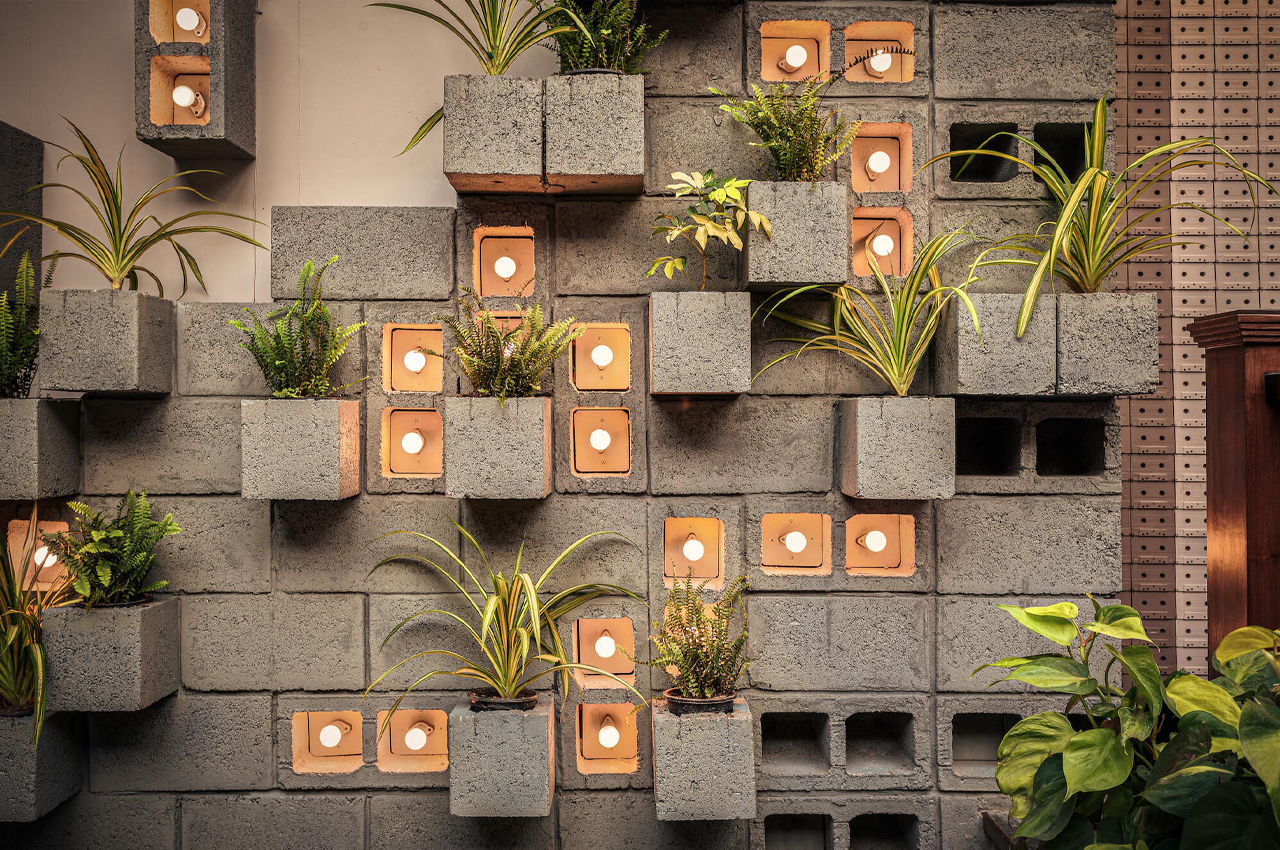 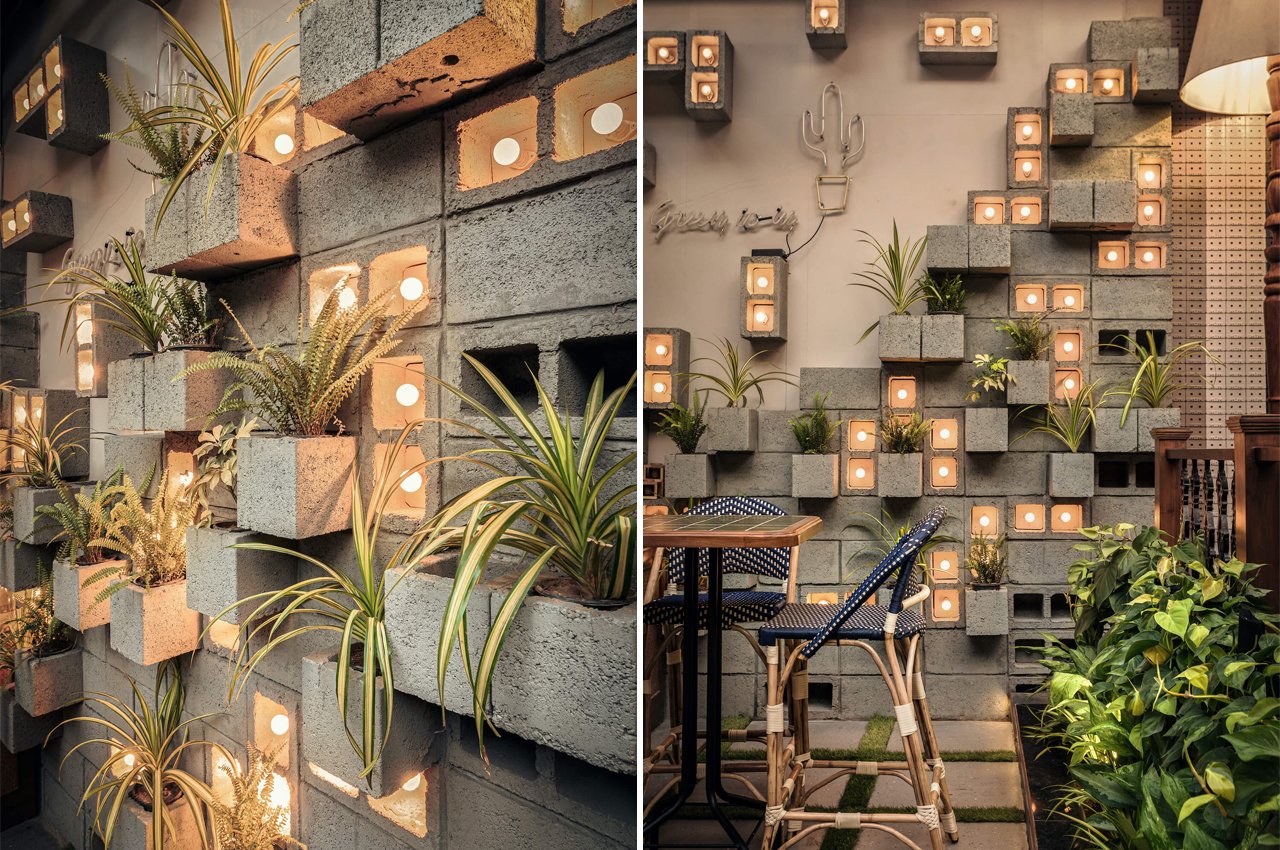 The new Playground Restaurant in the Mall of Chandigarh, India tries to do just that by incorporating familiar brutalist and modernist interior design elements and blending these with flowering plants to give the recognizable concrete look. green and playful energy. A cinder block wall forms an irregular building pattern and merges a concrete look with a vertical garden of potted plants. Above, a translucent glass ceiling disperses soft light, and surrounding walls, traced with concrete planters and greenery, air the restaurant’s open-air space. 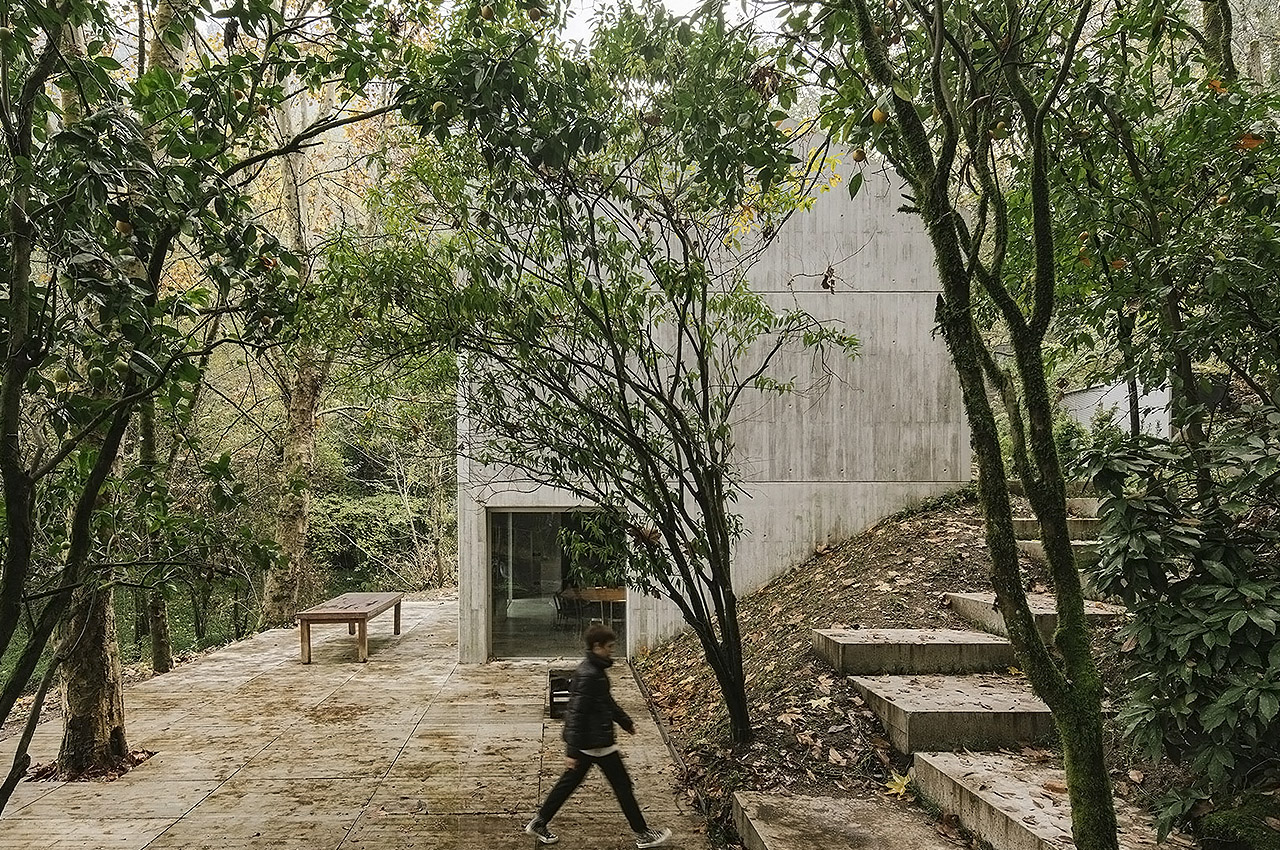 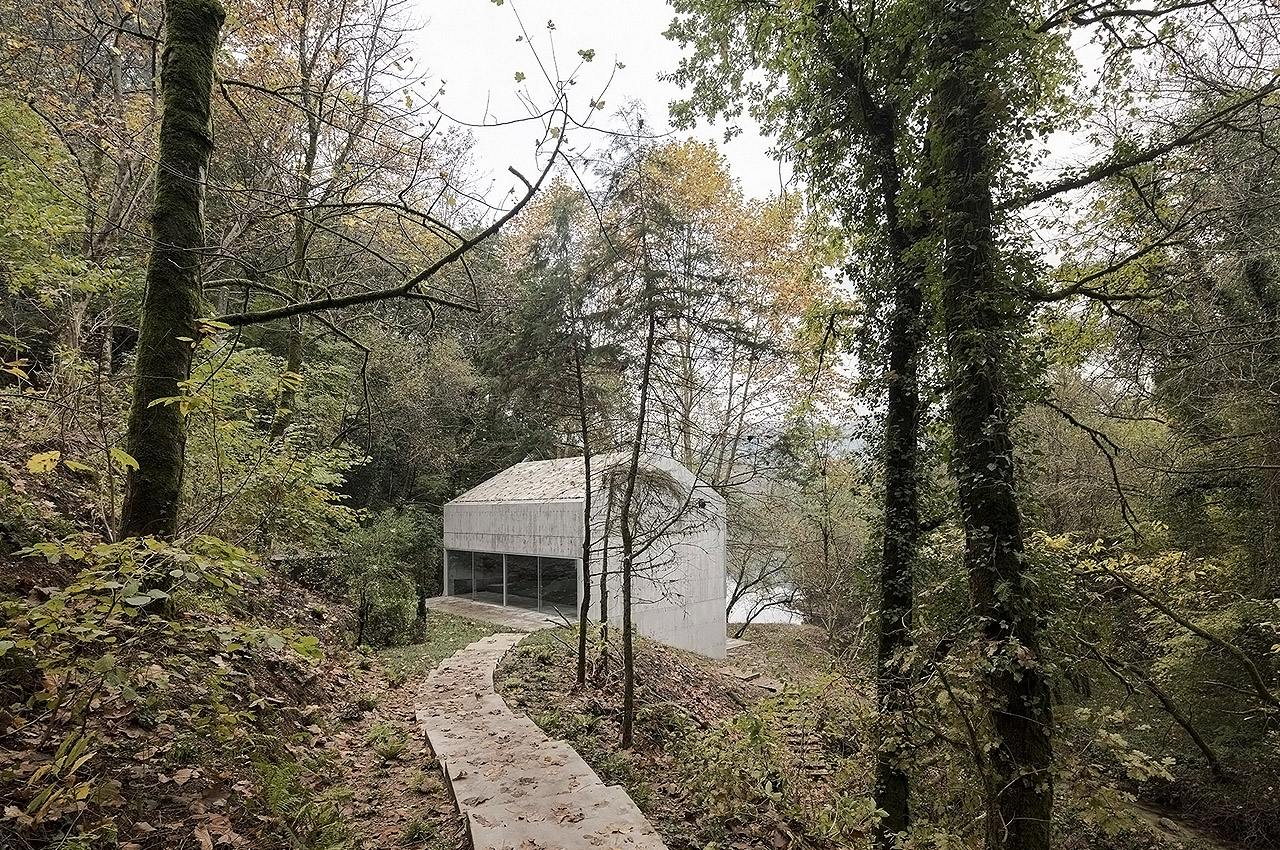 Carvalho Araújo has built a concrete holiday home in Vieira do Minho, in northern Portugal. Situated on a 0.75 acre site, the monolithic structure is a three-story home with the bedrooms occupying the upper level, while the kitchen, living room and dining room are housed on the lower levels. The house is flanked by floor-to-ceiling windows offering stunning views of the surrounding hillside. Landscape and place are the essence of this project,” said architect Joana Nunes. “Simple solutions were sought in terms of spaces and materials to achieve what is difficult to define or explain… It’s something you live and feel. 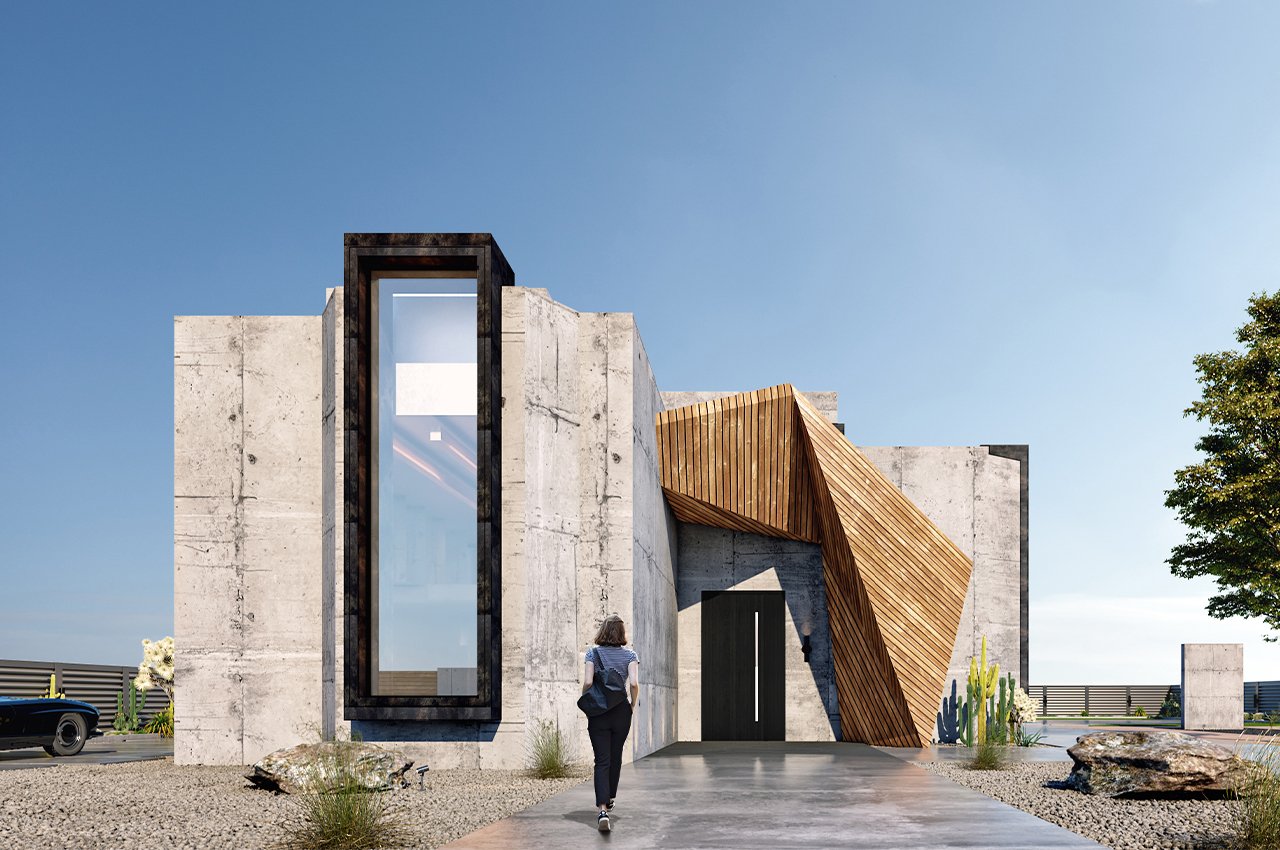 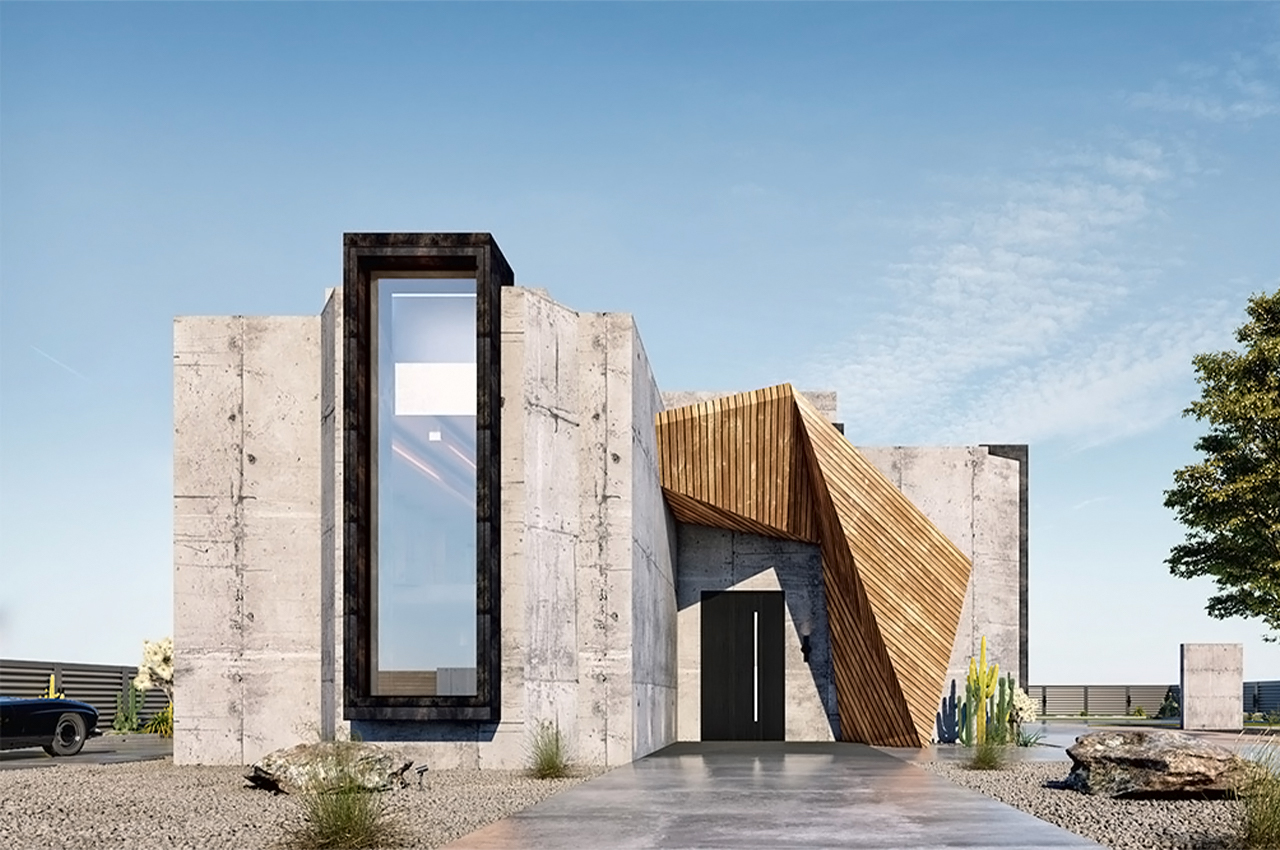 Villa Maadi combines elements of brutality with materials such as wood and large windows to create a home that is both timeless and modern. The angular arch above the main entrance complements the otherwise simple geometric shape of the house. Wood and concrete naturally balance the cool, warm CMF of the exterior with black accents to tie it all together. The interiors also have the same modern, minimalist vibe with a giant spiral staircase that catches the eye (even from the outside!)

8. House in the Desert 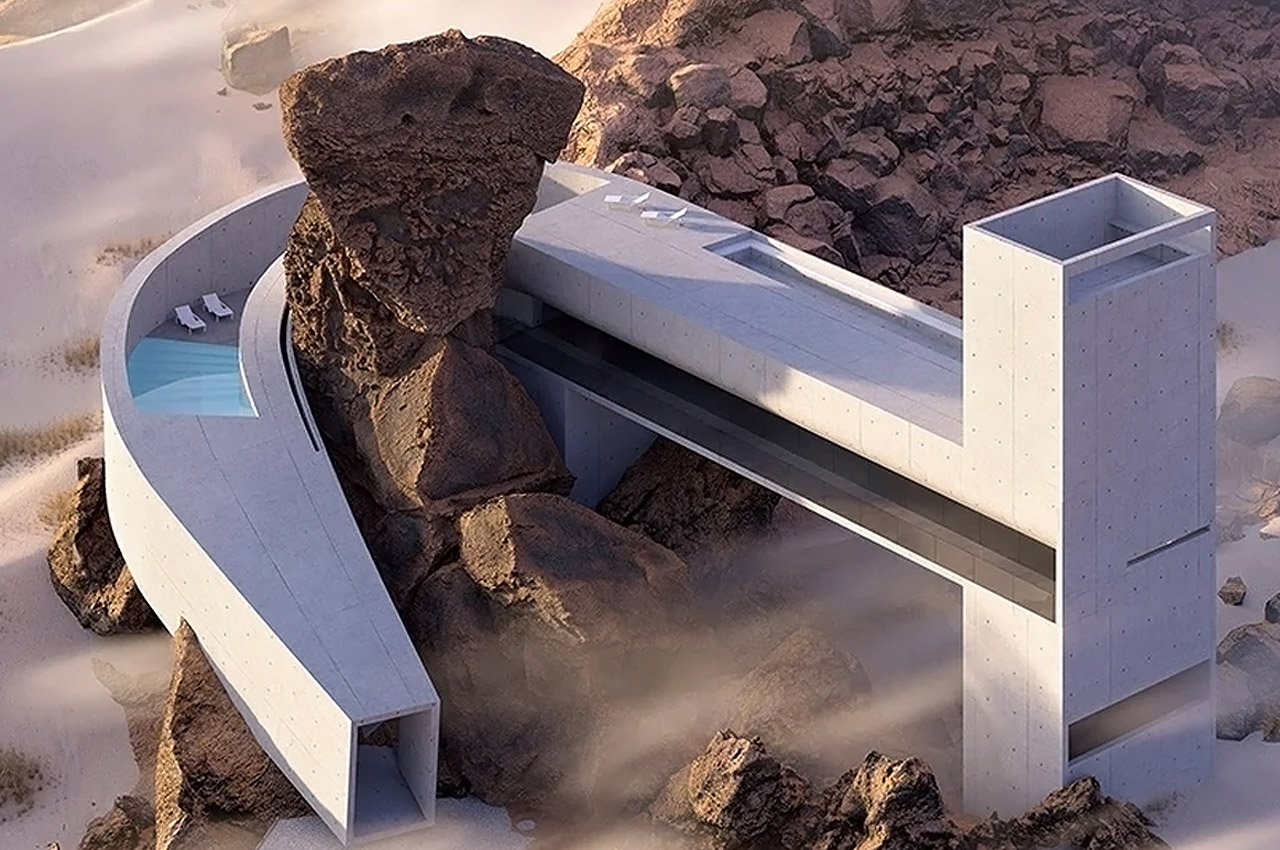 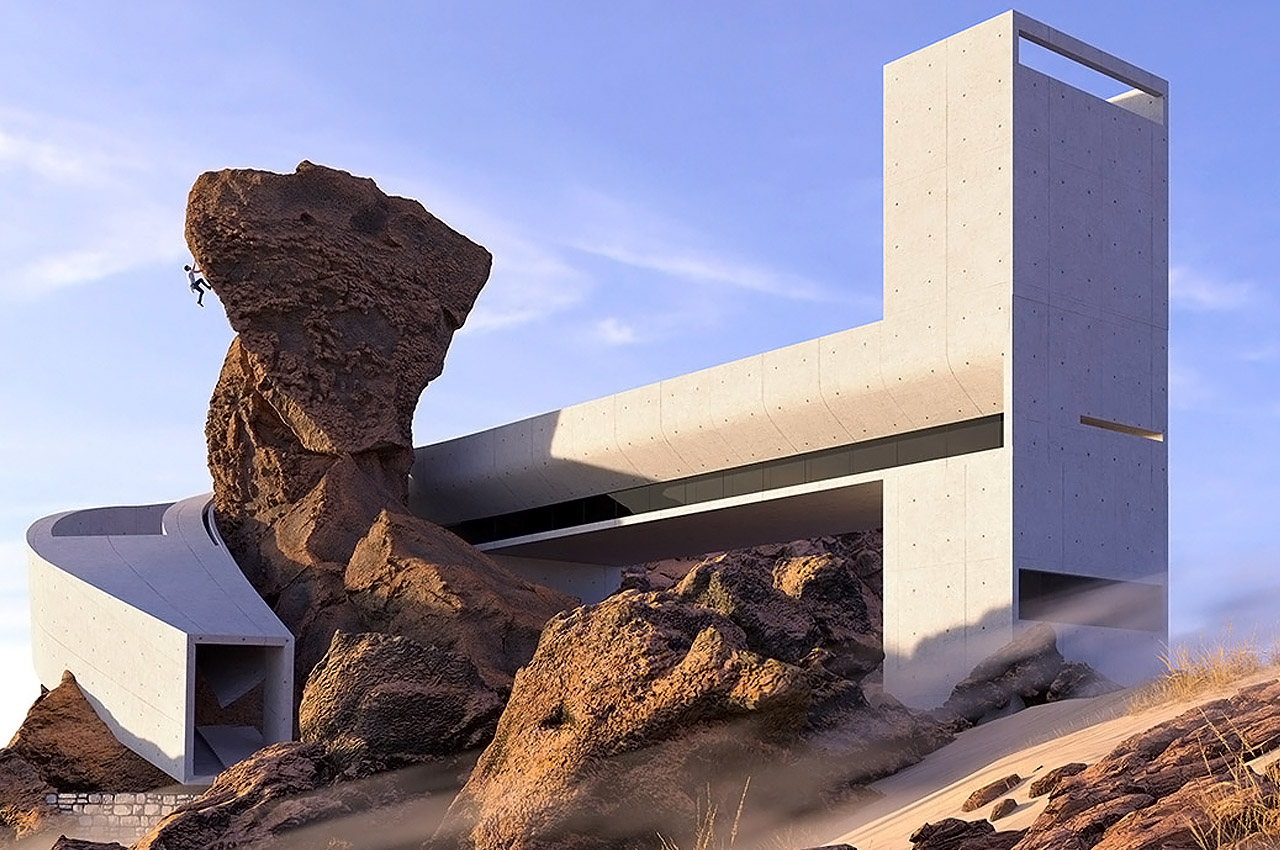 This exceptional design by architect Amey Kandalgaonkar, titled “House in the Desert”, imagines a form sculpted by the strong winds that blow relentlessly across the desert landscape. The design wraps around a natural rock formation, almost preserving the texture of the original formation. Almost embracing rock, the design plays with the juxtaposition of old versus new and how we see a future where they could both co-exist in peace. 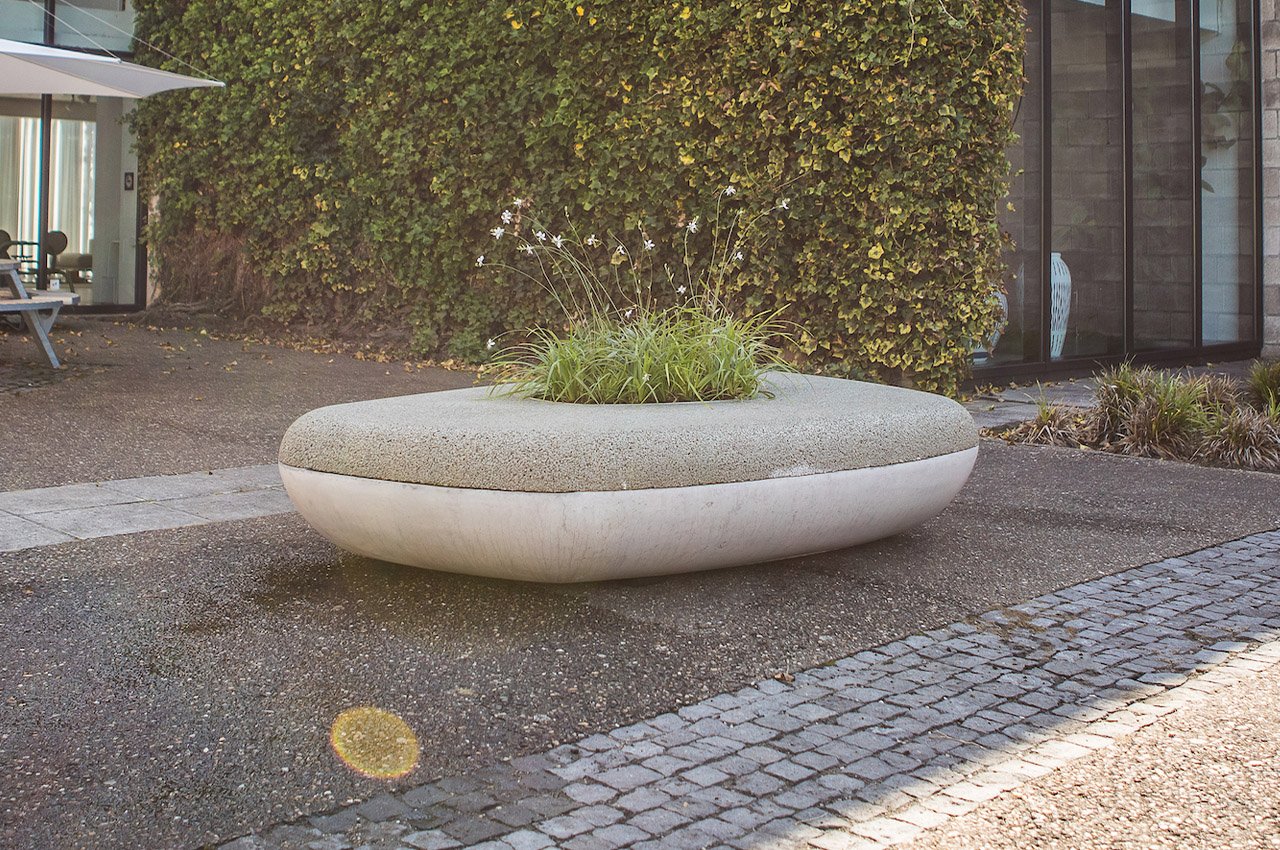 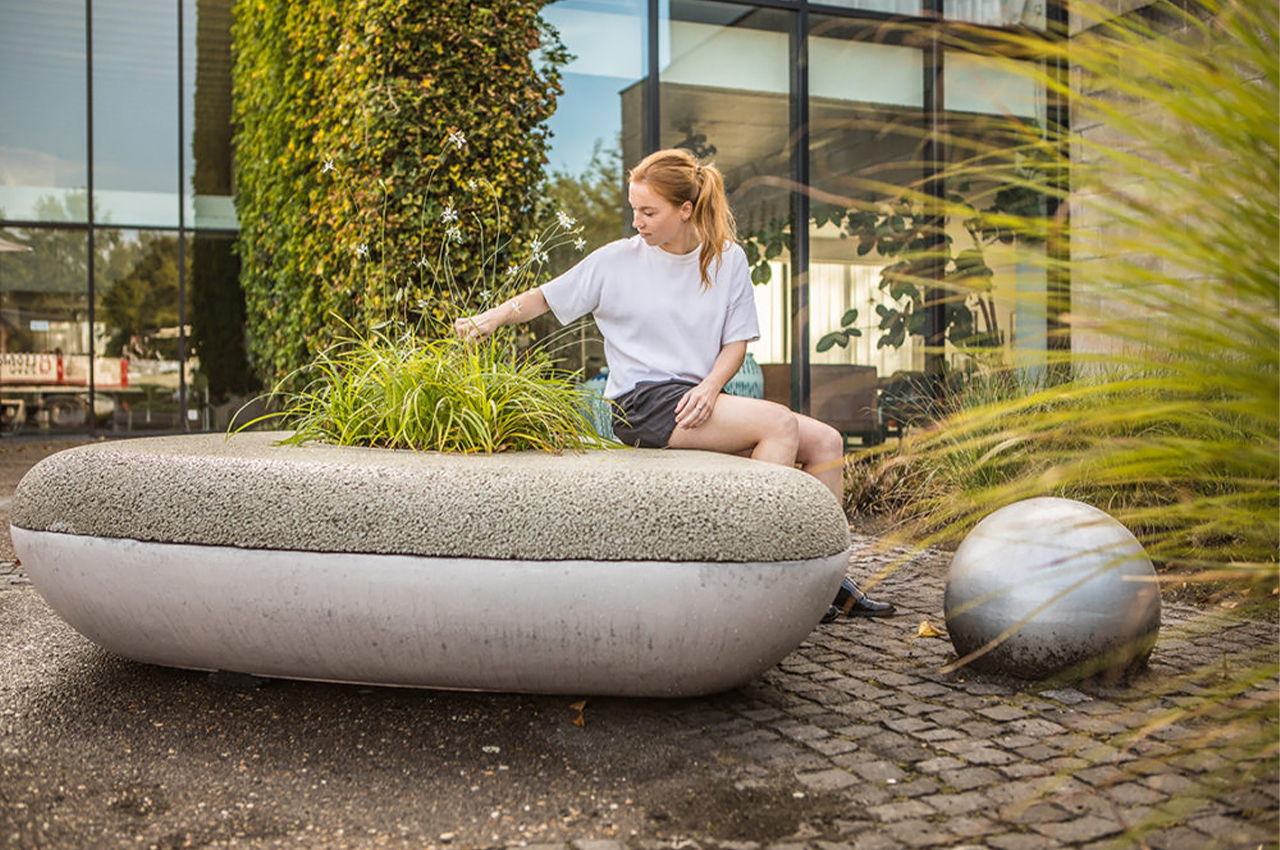 The concrete jungle isn’t just something Alicia Keys once sang about, cities are becoming more cobbled with each passing day, leaving behind rare patches of greenery. Having concrete structures everywhere is unappealing to the eye but at the same time makes it more difficult for cities to use rainwater as they have no surfaces to absorb it. This makes it harder for them to maintain natural public spaces and the green begins to turn gray. To solve this problem, Barbara Standaert created the Waterbench – it’s exactly what you think. The design combines a bench, rain barrel, and planter into one to bring some greenery back into the cityscape. 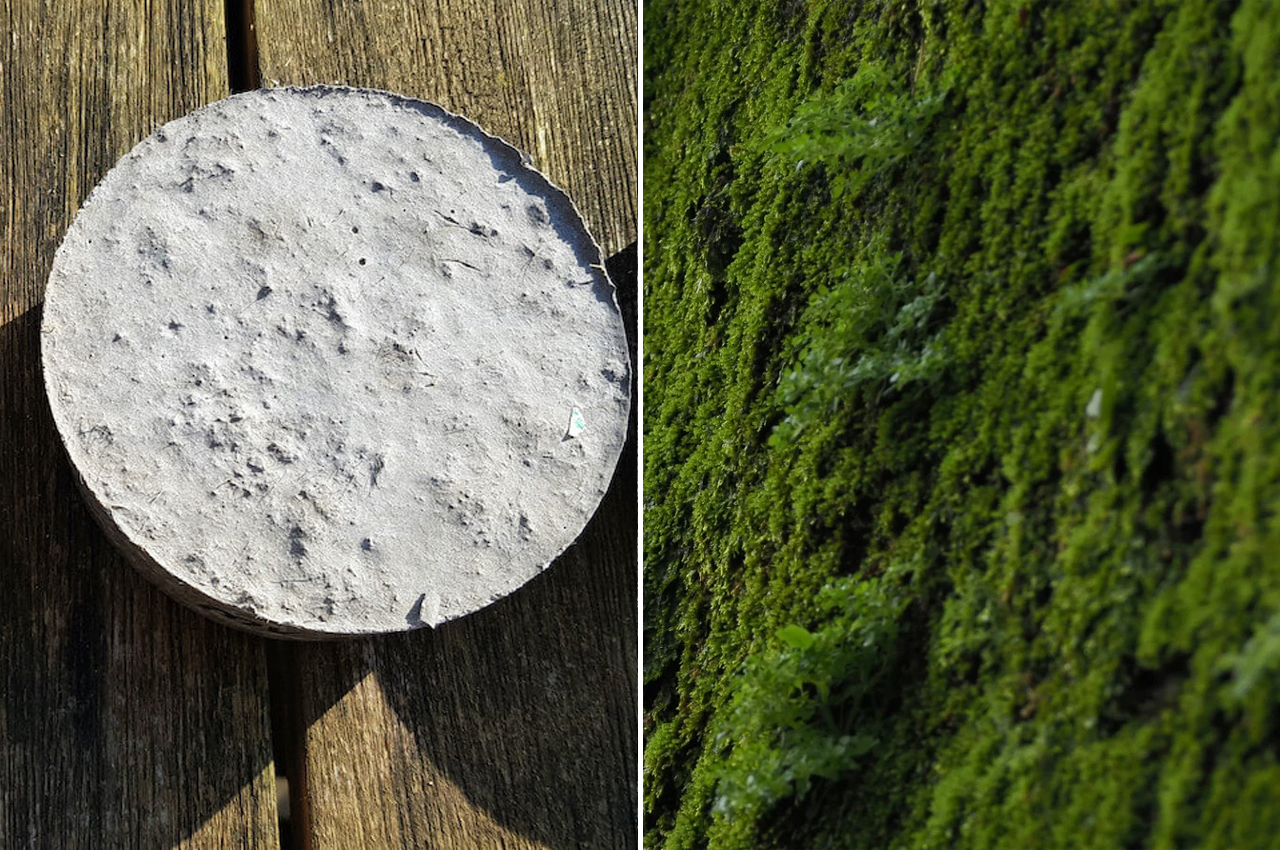 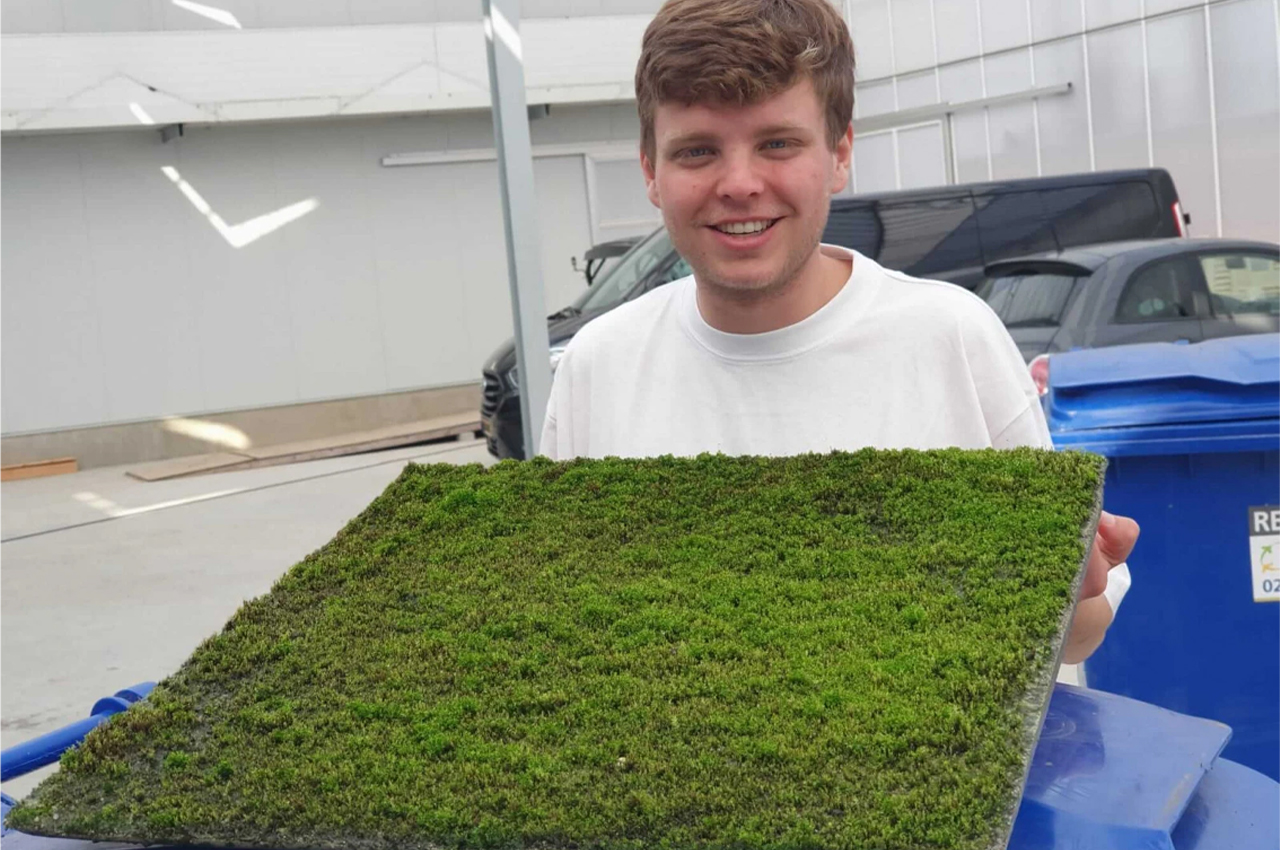 Respyre is an advanced bio-responsive technology company that develops eco-concrete technology to allow moss to grow on any concrete pour. Over time, Respyre researchers claim to have “developed an innovative, patent-pending bioreceptor concrete solution. After curing, the surface of the bioreceptive concrete adapts to the growth of the foam. Several unique characteristics of our concrete make it bioreceptive, including its porosity and water retention, microporous texture, acidity, and nutrients included in the mix. This could be the future of architecture!

Communicating with Landmarks: How Architecture Can Amplify International Support and Solidarity with Ukrainians | News