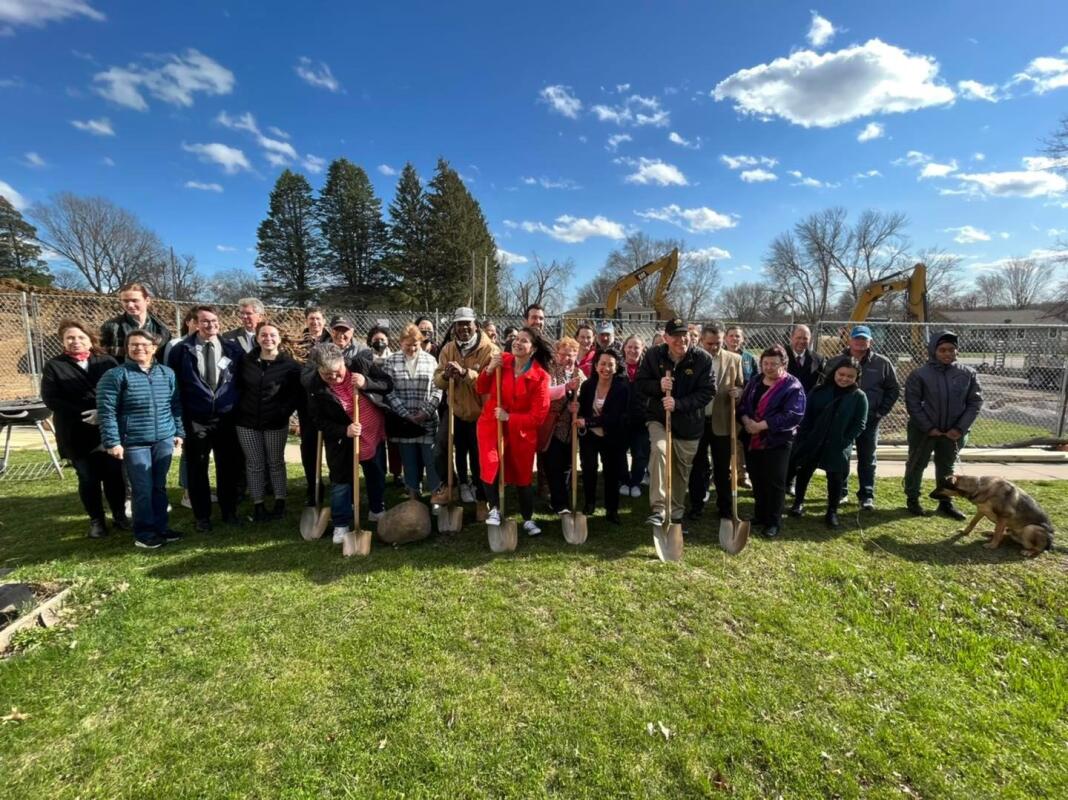 The new Coralville custom pantry building will be double the size of the current space and will be located on the empty lot adjoining the Coralville United Methodist Church. (Render provided by John Boller)

Renderings of the new Coralville Pantry building. The custom building will be double the size of the current space and located on the empty lot adjoining the Coralville United Methodist Church. (Render provided by John Boller)

CORALVILLE – Community members continue to show their support for the Coralville Community Food Pantry’s campaign for the construction of a new building.

The Pantry last October released its “More than a pantry” Fundraising campaign for a new bespoke building that will be twice the size of the current space.

Executive director John Boller told The Gazette last year that the new building will have more food storage space, as well as a larger reception area and pantry. Other features include an educational garden, outdoor kitchen space, and access to the adjacent kitchen at Coralville United Methodist Church.

The Pantry in Coralville opened in 2009. The Pantry has operated out of the former Coralville Post Office for the past six years. This location, 1002 Fifth St., was never intended as a permanent residence.

Longtime partners at the United Methodist Church of Coralville donated land for the new 5,000 square foot building. The new pantry will be on an empty lot adjacent to the church at 806 13th Ave.

The new location is within walking distance of the Coralville Rec Center and Northwest Junior High. There will be parking spaces, as well as a bus stop around the corner.

What has happened since?

Since going public with the fundraising campaign, the pantry has continued to receive financial support — nearly reaching its goal of $1.5 million — and held a ribbon-cutting ceremony last month.

Construction is officially underway, which is “surreal but exciting,” Boller said.

The groundbreaking ceremony on April 14 drew more than 100 community partners and supporters, including those who contributed to the fundraising campaign, Boller said.

“I am beyond grateful to everyone who has helped make this goal possible, including the church for donating the land, our generous donors, my staff, board and volunteers, and the community as a whole,” Boller said.

The project has had “surprises and challenges” due to supply chain issues and shortages, Boller said. These challenges affected the budget more than the schedule.

The City of Coralville is contributing $250,000 in American Rescue Plan Act dollars to the building campaign. Boller said that brings the total pledged or raised to $1.4 million out of a final construction budget of nearly $1.5 million. The cost last October was $1.2 million.

Boller said community members are excited to support the campaign and help the pantry better serve the community. He said the pantry “is currently full to bursting”, especially as it helps residents with high inflation and reduced safety net aid, such as food stamps.

“Our neighbors know that a larger, updated building will help us better serve and support this community for the long term,” Boller said.

Boller said residents were thrilled the pantry could prepare hot meals on site once the building was completed and the kitchen at the nearby church renovated.

The goal is for the pantry to be welcoming and attractive for everyone to enjoy, Boller said, as well as to learn about edible plants, sustainable practices and native species.

The pantry strives to have vegetable and herb beds, pollinator-friendly meadows and flower patches, and a variety of native fruit and nut trees.

“We believe that an accessible, edible, sustainable, educational and beautiful landscaping plan aligns well with our mission,” Boller said.

The building is designed by Neumann Monson Architects and constructed by Hodge Construction. Boller said if all goes according to plan, construction could be finished by October.