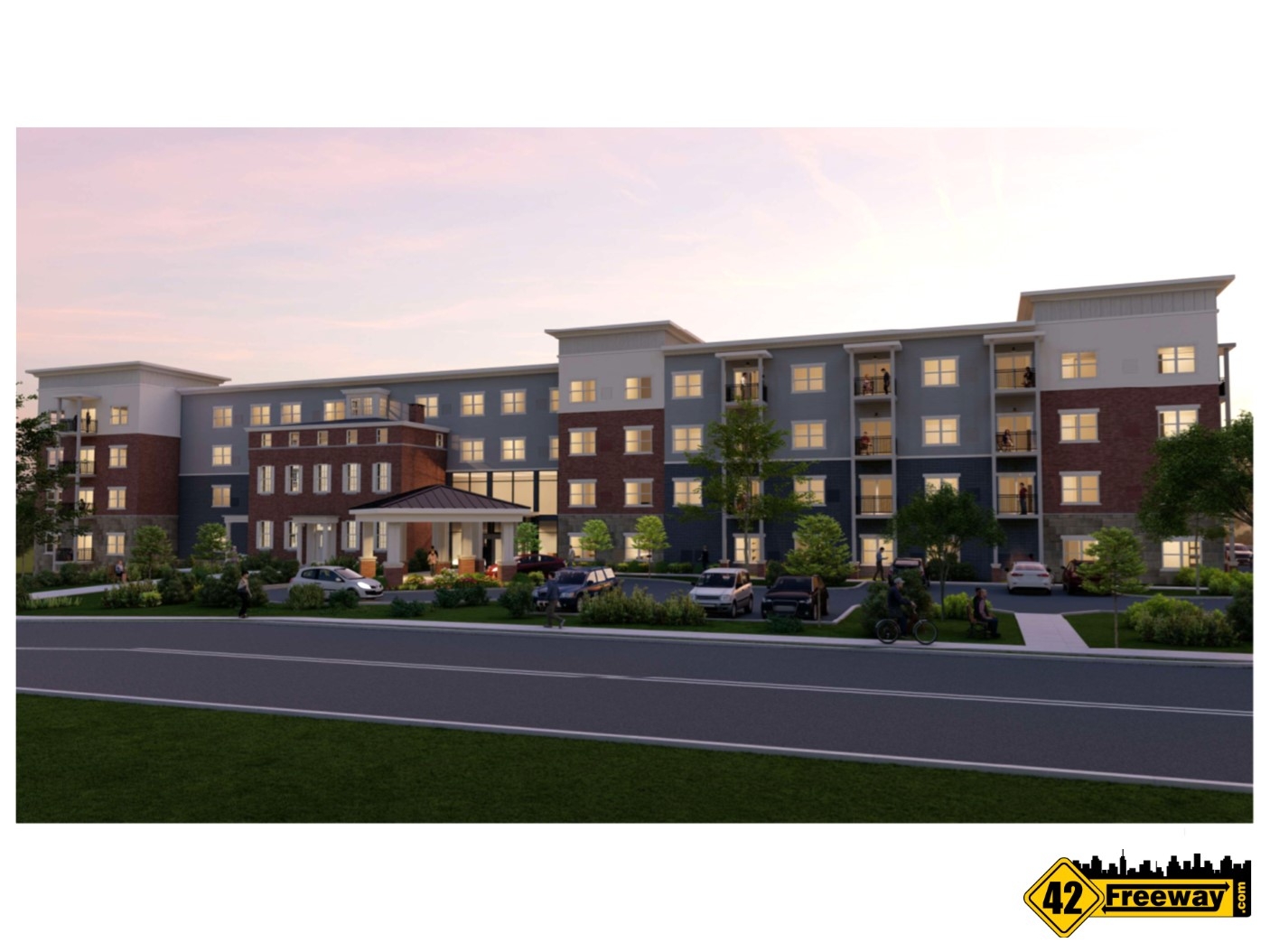 Construction of the Stratford seniors’ residence is scheduled for 2023. Tomlinson’s property is cleared

An 11-acre property on Laurel Rd in Stratford is being completely cleared of its last building, before construction of a new seniors’ residence in Stratford begins in 2023.

The property in question previously housed the Tomlinson Mansion which was built in 1844. This mansion was demolished but the brickwork and other distinctive features were retained for use in the new project.

The design of the new building will also recreate the front facade of the Tomlinson Mansion building.

In this article, we also have an update on the project’s estimated start of development, along with comments from Stratford Mayor Josh Keenan (which were posted on the borough’s website).

The address of the development is 710 W Laurel Road Stratford NJ.

The new seniors’ residence will consist of 187 units with support services for continued care for the citizens of Stratford and surrounding communities. The elderly community will be limited to one person age 62 or older, or the surviving spouse of that person age 55 or older.

The building will be four stories for most of the development, but in the southwest corner it will be 5 stories, due to a slope in the property on that side.

There will be three different types of units; independent living, assisted living and memory care.

Stratford’s approval for the project was initially given last year on July 22, 2021.

As with most major projects, multiple agencies are usually required to give approval before construction can begin.

A key aspect needed for this Stratford NJ project was an approval from the New Jersey Department of Environmental Protection (NJDEP), regarding stormwater management for the 11-acre property.

The developers’ original hope was to direct stormwater into the wetlands that are at the south end of the property and lead to Timber Creek.

Apparently with difficulty getting this approval from the NJDEP, and a few other changes requested by the public and the board, the development team made revisions that required further approval.

In January 2022, the development team returned to the Joint Land Use Board for approval of the updated project.

With the updated plan, stormwater would be directed to the existing West Laurel Road stormwater management system. This has been approved by the boroughs of Stratford, Lindenwold and Laurel Springs, which also use this system.

The new changes also included moving the dumpsters so that they are farther from surrounding homes.

In regards to preserving the memory of the building, Stratford Mayor Keenan says the new aged care center

incorporate the recreation of the mansion’s facade into their complex and dedicate a room inside to show the history of the Tomlinson family in this area, which is more than any previous owner has done to promote the story of the site.

The project is being developed by Integrity Community Partners, whose executive development director is Stratford resident Tony Santora.

We checked the status of the project start-up schedule.

The latest is that there are still a few final details to be ironed out before starting development.

ICP hopes to begin “earthworks” on the property just after Q1 2023 and begin full-fledged construction in late summer to early fall 2023.

Basically, it will take another year before we see any walls going up.

An estimate on the opening of the new facility is probably still too early to tell.

I haven’t written about the project at 42Freeway at all, so it’s reasonable that at least my first update includes details about the older buildings on the property that have been widely discussed in the community.

There were several buildings on the property, but the most notable was the Tomlinson Mansion which was closest to Laurel Road.

Tomlinson Mansion was built in 1844 as a farmhouse and featured Greek Revival architecture.

For many townspeople, it was one of the last ties to Stratford’s history. The image of the mansion is actually on Stratford’s official coat of arms!

Residents organized to try to save the mansion, expecting it to be saved and to receive further historic designations and preservations.

A Facebook group called “Save the Tomlinson Mansion” (Facebook) appears to be at the center of the effort, where they shared information and archived information.

Despite their efforts and 3,000 signatures on a petition, in early summer 2022 the mansion’s central building was demolished.

In a June 7 Facebook post the Save The Tomlinson Mansion team shared their displeasure that the mansion is now gone. This excerpt seems to explain the heart of their position.

More than 3,000 people have signed a petition calling for the house to be spared. The house has even been listed on the State and National Registers of Historic Places. We believe the house should have been incorporated into the planned redevelopment. We also believe that Stratford boro should have granted the necessary zoning waivers to the developer only if the latter had agreed to save the house.

As mentioned earlier, the developer and demolition crew have taken care to preserve the building’s distinctive bricks and other artifacts, which will be integrated into the new Senior Center.

It seems that one of the main reasons given for not being able to save the building was that the last tenant (Christian Academy) left the property in 2015. Since then the building has not been maintained and has reached a point where it was too expensive to restore.

In a recent update to the Stratford website, Mayor Josh Keenan shares his thoughts on the mansion and the benefits the new project will bring to the town.

The Stratford Senior Living Facility has completed the demolition of the last building on its site. I know some residents were saddened by the loss of Tomlinson Mansion. The mansion has sat for several years now without regular maintenance, mainly due to the bank which controlled the property after the Christian Academy vacated the buildings.

This property has been tax-exempt for several decades now, and many potential buyers looked at it when it was for sale. There was a developer early on who was going to save the mansion and incorporate it into his plans, but he couldn’t get funding.

The developers who now own the property know their area well and have done many site reviews and surveys.

Their plans took the initiative welcomed by many to incorporate the recreation of the facade of the mansion into their complex and to dedicate a room inside to show the history of the Tomlinson family in this area, which is more than any other previous owner has done to promote the site’s history.

We receive calls from residents wishing to reserve a place for them in this new company. Older citizens are eager to see and tour the new facility.

Finally, a new building on this site, to pay taxes for has been a goal of mine since becoming your mayor in 2016. Upon completion, it will be a welcome site entering Stratford from Laurel Road. Watch for construction to begin by fall of this year!

Stratford Mayor Josh Keenan at the site of Tomlinson Mansion and the new development. From the Borough of Stratford Summer 2022 website