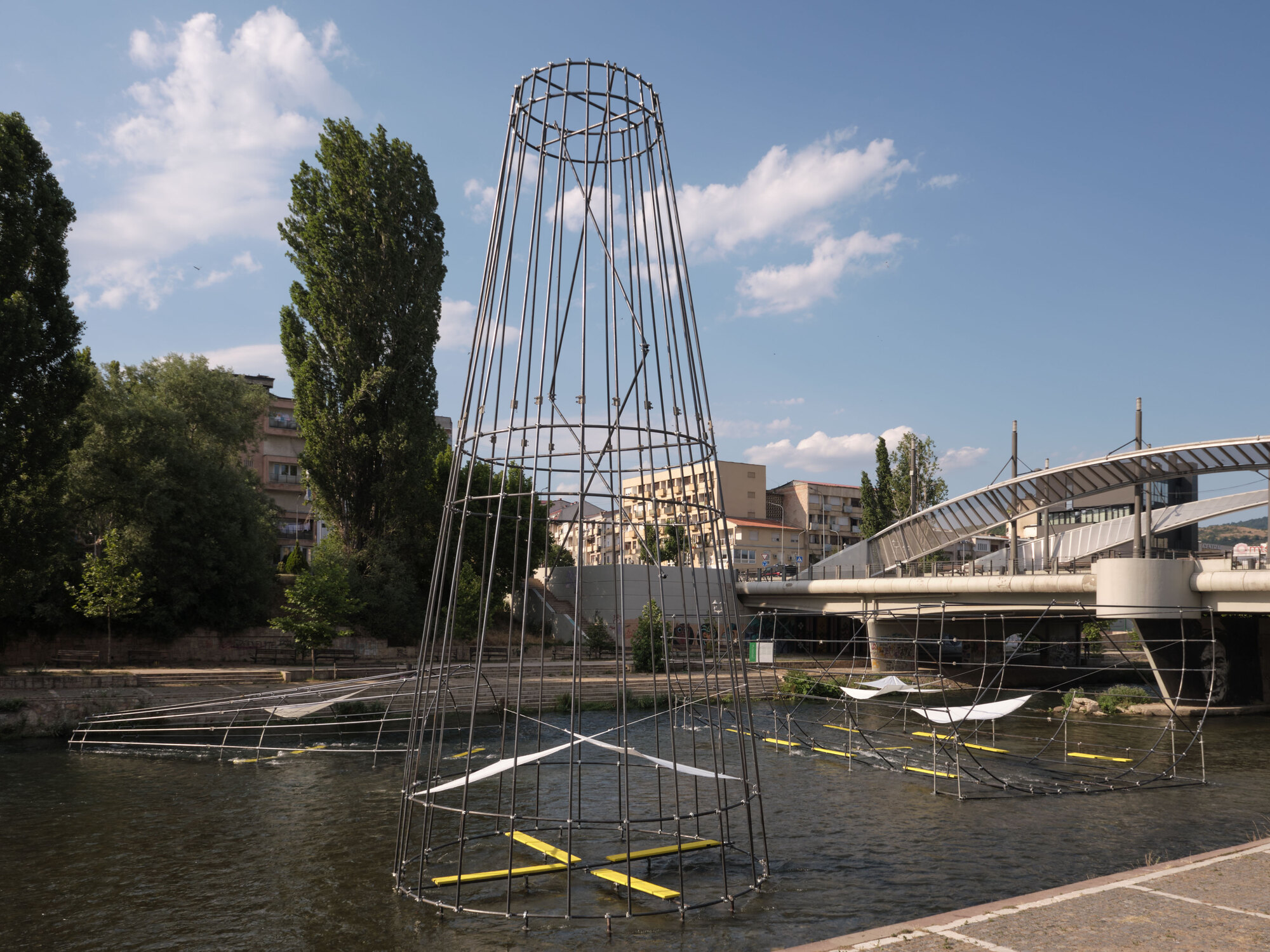 Europe without monuments / Architecture for humans

Europe without monuments / Architecture for humans 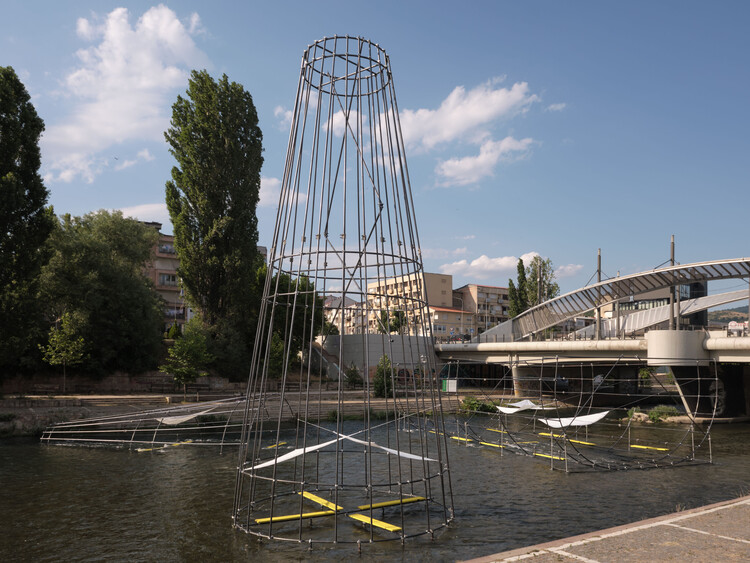 “Europe Without Monuments” is the new artwork by renowned artist Stanislava Pinchuk and curated by Petrit Abazi, which was commissioned by Manifesta 14 and animated by Architecture for Humans. The pavilion was built in the “Ibar” river in Mitrovica, using scaffolding which also offers citizens a new way to connect and interact with the river in their city.

The city of Mitrovica is 37 kilometers north of Pristina, along the Ibar River; one of many long-disputed territories between Kosovo and Serbia. Defined by its sprawling Trepča mine, Mitrovica is home to Kosovo’s third-largest population – but is often described as “Europe’s most divided city”. Following the atrocities of the 1998-99 war, the Ibar River divided the city into mainly Serbian northern and Albanian southern banks – with different languages, religions, town halls and mottoes.

Although a new bridge has been built, it has remained a barricaded point of tension for more than two decades, witnessing sporadic ethnic violence. Constantly patrolled by the Italian army KFOR-MSU, the bridge has seen an increase in pedestrian traffic in recent years – although it still remains blocked by cars.

“Europe without monuments” is a playground and a pavilion; a work of art placed in the middle of the Ibar river near the new city bridge. Its three forms are drawn to scale of the concrete Mitrovica “Monument to the Fallen Miners”, built by architect Bogdan Bogdanović, commemorating the unified revolt of the Albanian and Serbian workers of the Trepča mine against the Nazi occupation of the town. A difficult monument for both banks of the river, the trilith of Bogdanović weighs heavily with the promise and betrayal of Yugoslavia; belonging to everyone and no one at the same time. Constructed from steel and zinc scaffolding (a material still mined in Mitrovica), Pinchuk’s work reimagines the city’s riverscape as a fluid, ambiguous border, rather than a strict geopolitical divide.

Open until late summer, the facility celebrates a popular swimming spot; offering a playful gathering point in a city where green and public spaces are sorely lacking. Like a shimmering whale skeleton washed up on shore, the scaffolding recalls the process by which Bogdanovic’s monument was sunk, which can now be entered and explored; where new narratives could form in the space left empty.

A Serbian humanist and intellectual, with ancestral roots in Kosovo, Bogdan Bogdanović was a publicly vocal critic of the rise of Milošević’s nationalism. Once Mayor of Belgrade, Bogdanović would spend the rest of his life in exile in Vienna – near his beloved Danube. In his last interview, Bogdanović wished he never had to build such monuments: “I dream of a Europe without monuments. By that, I mean without monuments of death and disaster. Perhaps a philosophical construction: monuments to love, joy, jokes and laughter. Despite their tragic background, Bogdanović was exceptionally fond of the idea of ​​children playing with his works – designing them to have meaning and wonder long into the future, to know when war in Europe would be just a distant memory.

On July 22, 2022, Manifesta will open in Kosovo. 700 km away, Ukraine will enter its 149th day of full-scale Russian invasion. Kharkiv, Pinchuk’s hometown, will enter another day with sandbags and scaffolding protecting the monuments still standing. While we dream of a Europe without monuments to death and disaster, we are still faced with a Europe that may be without monuments at all. Meanwhile, the city of Mitrovica faces new tensions that could escalate further.

Construction begins at the Spokane Valley Arts Center in Idaho