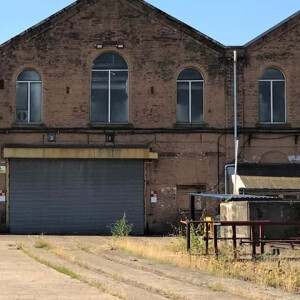 The former St Rollox Locomotive Works in Springburn has been listed as Category B by Historic Environment Scotland (HES) in recognition of its special architectural and historical interest.

Largely built in 1882, St Rollox Works was the largest and longest operating locomotive manufacturing and repair yard in Scotland. It was established and built in the Springburn area of ​​Glasgow by the Caledonian Railway Company as the main locomotive construction and repair yard.

He played an important role in the expansion of the railway across the Scottish landscape. St Rollox’s works were remodeled by Caledonian’s newly appointed chief engineer, Dugald Drummond, to plans by the district engineer, Robert Dundas, between 1882 and 1887, in response to Caledonian’s need for works much more important as the rail network developed rapidly and advanced in locomotive engineering. distribution and export have been made.

The Caledonian Railway Company was subsumed by the London, Midland and Scottish Railway Company in 1923. Locomotive engine manufacture largely ceased at St Rollox in 1928, although it remained heavily involved in repair and maintenance of railway vehicles. When the railways were nationalized in 1948, the St Rollox factory continued to employ over 3,300 workers.

The old works at St Rollox were retained in public ownership and continued to operate serving the rail industry until 2019 when the works were closed and sold to a private owner in 2021. , the building retains many features that demonstrate its earlier function, including its interconnected workshop design of high-quality ironwork.

The designation of St Rollox Works follows a consultation where members of the public were invited to share their views on the building’s particular historical and architectural significance.

Dara Parsons, Head of Designations at HES, said: “The former St Rollox Works is an important part of Scotland’s industrial and transport heritage, and a worthy addition to Scotland’s list of Special Buildings. He made a significant contribution to the history of the railway and to Springburn’s role as a major center for rail making and repair in the 19th and 20th centuries.