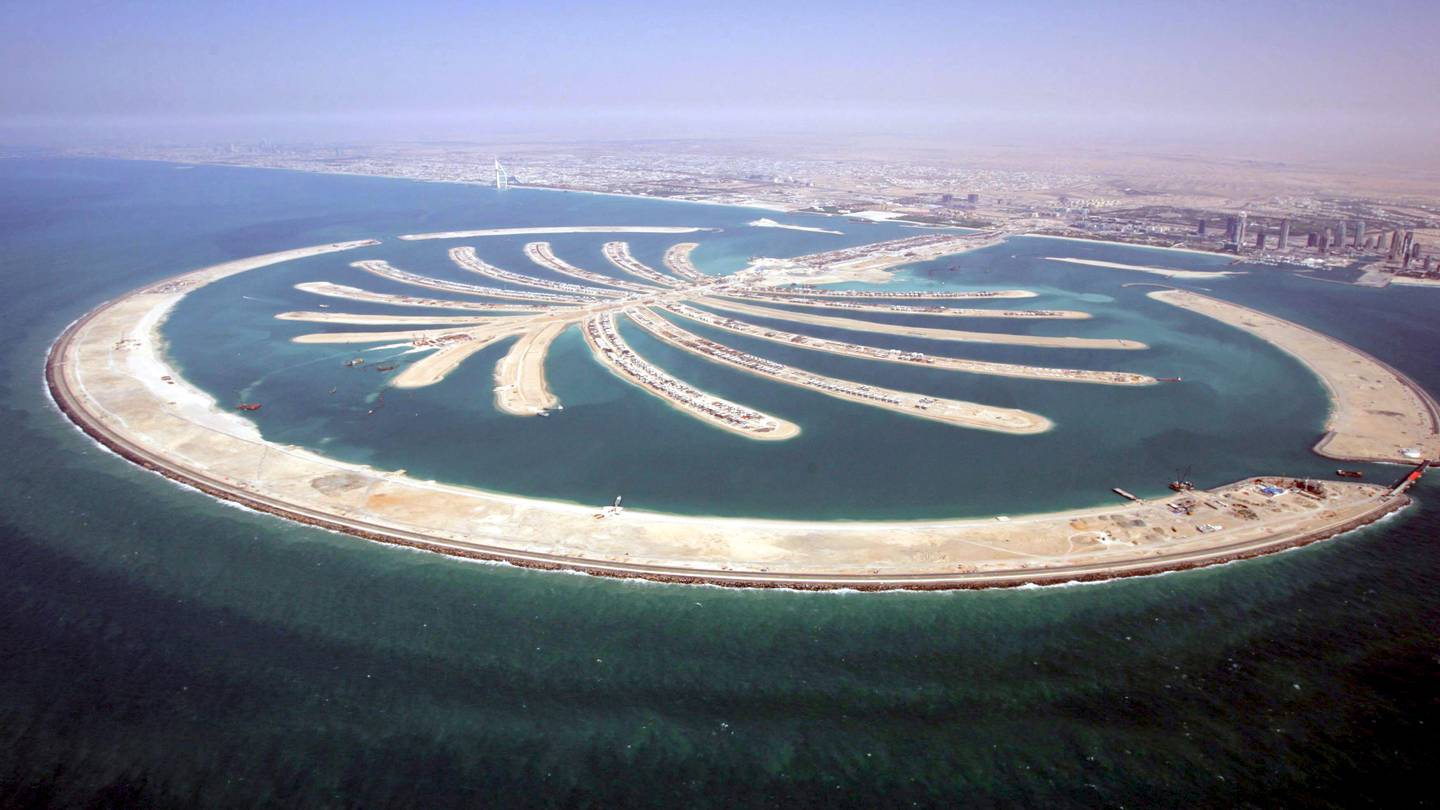 from construction to a world-class destination in 21 years

There was a time when people maybe scoffed at the idea of ​​creating an island in the shape of a palm tree. Now, bird’s eye views of the Palm Jumeirah are commonplace in media around the world, and no one is laughing at the success this development has achieved.

It took about six years to complete the largest man-made island in the world, which spans 5.72 square kilometers, or 600 football pitches.

The first inhabitants of the island began to move in from 2007 and by the end of the year around 500 families had settled in Palm Jumeirah. Today, the 17 fronds are home to some of the most luxurious residences and mansions in the UAE (David Beckham and Shah Rukh Khan are just two of the celebrities who own properties here), not to mention some of the highest rents, and estimates place its population at around 80,000.

After the homebodies had moved in, the hotels followed, first flocking, then coming in droves.

Atlantis, The Palm, now arguably one of the most famous hotels in the world, was the first to settle in 2008, on a glamorous opening party attended by thousands. It also marked Kylie Minogue’s first performance in the Middle East.

After hotels, in 2009 the Middle East’s first monorail opened, offering Palm Jumeirah residents and visitors a unique way to get around, as driverless transport spans almost 5.5 kilometers and connects them to the Dubai Metro.

World-renowned hotel brands have since opened on the island and today you can find Sofitel, W, Fairmont, The St Regis, One&Only and many more with luxury resorts visited by seasoned travelers, not to mention world-renowned celebrities from Kim Kardashian to Priyanka Chopra Jonas, all year round.

The famous Atlantis The Royal, designed by the same people behind Hudson Yards in New York or Victoria Dockside in Hong Kong, will soon follow, adding yet another distinctive piece of architectural art to Palm Jumeirah’s ever-expanding portfolio.

Some of the country’s favorite restaurants also reside here, with major restaurant and retail projects such as Palm West Beach, The Pointe, Golden Mile and Club Vista Mare making the area a must-visit destination for foodies and enthusiasts. Recreation.

Scroll through the gallery to learn more about Palm West Beach, the new Palm Jumeirah destination:

The Pointe is also home to the largest fountain in the world, consisting of two floating platforms that cover 14,000 square meters, soar 105 meters into the sky and illuminate with 3,000 LED lights. It also dances, much like the Dubai Fountain at the Dubai Mall, to hit sounds from around the world daily from sunset to midnight.

Let’s not forget the beaches either, because whether public or private, they are some of the best and best maintained around. It’s also a great place to spot superyachts, with the marinas being one of the clearest demonstrations of just how far the Palm Jumeirah has come.

The Creek in Dubai circa 1937. Getty Images