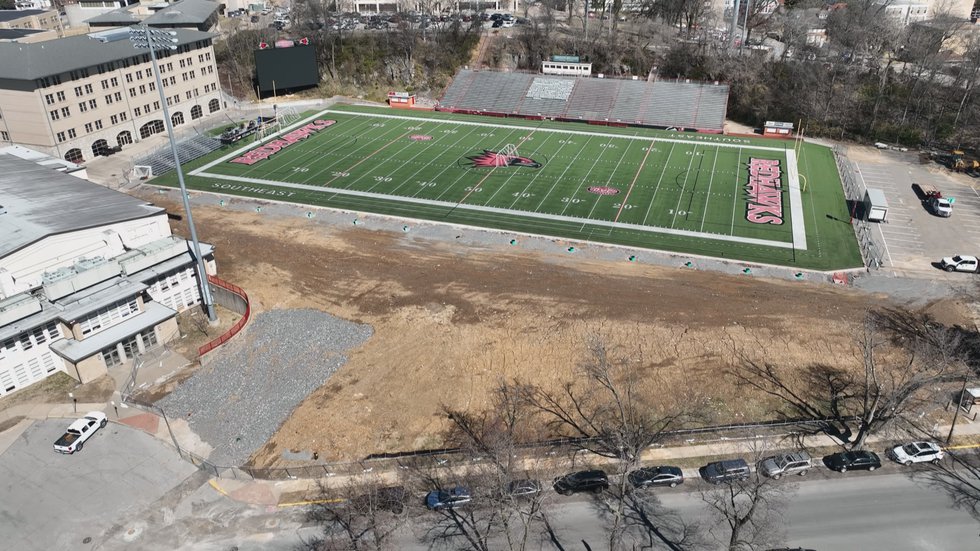 It will include a soccer and football facility and academic and laboratory spaces.

According to SEMO, the construction project received $11 million from Missouri, approved by Gov. Mike Parson in June, for demolition, site preparation and planning, design and construction.

“We are very grateful for Governor Parson’s support in funding transformative projects on college campuses in Missouri,” said Dr. Carlos Vargas, president of Southeast. “This is an essential first step to not only improve our campus facilities which are over 90 years old, but also to meet the real needs of our academic programs.”

Vargas says the investment is not only good for SEMO, but also for the economy and the state.

“An economic impact study conducted last fall by an international labor market analysis firm (EMSI) found that for every dollar Missouri taxpayers invested in the University, their return on that investment was greater at $2. Additionally, the study found that the mixed-use complex would add $31 million to the economy, including the impact of construction spending as well as the long-term impact of visitor spending, which is expected to increase by nearly $30 million. a quarter of a million dollars a year,” Vargas said.

This weekend’s bidding will only include the first phase of the multi-phase project; reconstruction of the South Stand, fan installations including toilets and concession areas, and associated work on HVAC, mechanical and other systems.

The University and the University of Southeastern Missouri Foundation have identified approximately $12 million for the replacement of the South Stand, which was demolished last year following a structural assessment.

According to SEMO, bids were already received for the first phase in January, but far exceeded the cost estimate. To control costs without sacrificing quality, Southeast and its architecture firm have spent the past few months redesigning the initial phase.

“I like several components of the redesign even better than the original design,” says Brady Barke, director of SEMO Athletics. “I think we’ve been able to focus more on the fan experience. We’re excited to share artist renderings of what fans can expect at Houck Field.

Barke says a separate project to replace the turf was planned for this year after the season and can now also be combined into the project schedule.

According to a press release from SEMO, construction is expected to begin this fall and will continue until next summer. The initial phase was to be completed in time for the fall 2023 season.

Barke said there was enthusiasm to begin the first phase of the project and to move on to subsequent phases.

“I hear a lot of excitement from the community and get a lot of questions,” Barke said. Due to the demolition of the South Stand, we have focused on this phase. Now that we are progressing there, we can turn our attention to the design of the remaining phases, which will give us additional cost details, so that we can start working to fully fund the full project. »