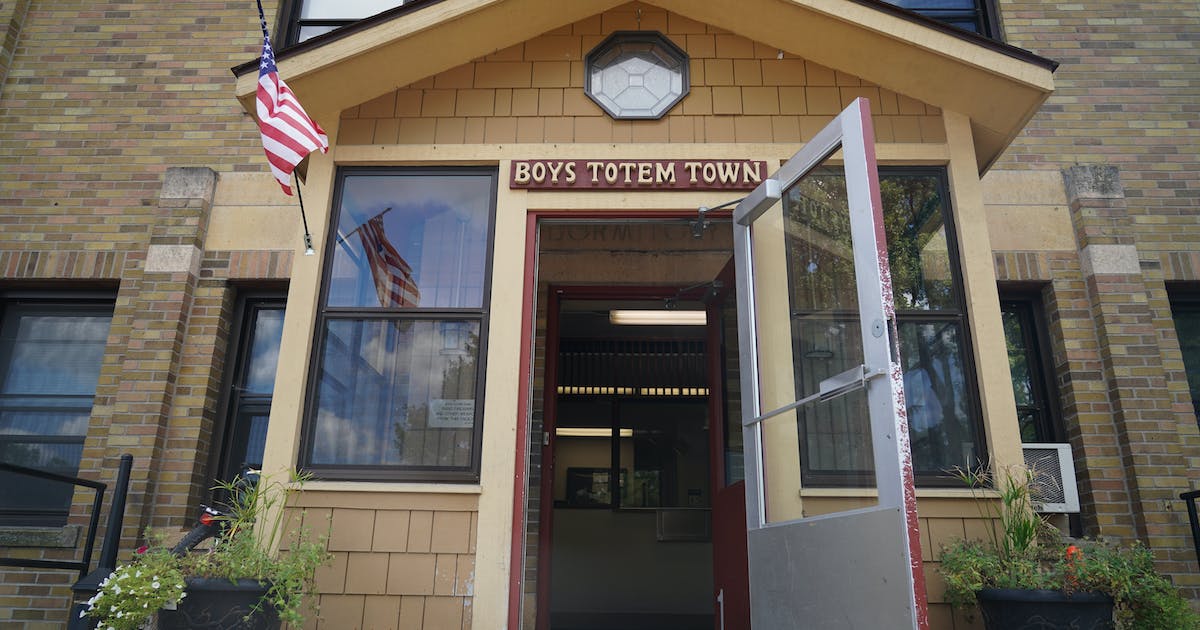 As noted in the Nov. 15 Star Tribune editorial, “The Justice System is Failing the State’s Youth,” we are failing our state’s youth who engage in violent crime and their parents when we cannot. not provide the necessary treatment for troubled teens. Boys Totem Town and Hennepin County Home School have closed without adequate alternate plans prepared to handle troubled teens, leaving teens, their parents, and our schools without satisfactory alternatives for treatment. What were we thinking?

I recently wrote to my re-elected state legislators, governor and county commissioner asking what plans were being developed or what legislation was being proposed to develop the facilities and treatment plans needed to provide assistance . So far, I have received no response.

In fact, I don’t know which agencies and authorities are the starting points for determining what our state should do. So I ask: who is working on this, and what are they doing?

We can all agree that Minnesota’s juvenile justice system fails to meet the needs of young offenders, as detailed in the recent editorial “The State’s Juvenile System is Failing Youth.” However, their needs did not arise overnight. They manifested earlier in life as behavioral problems and alienation in high school, with many dropping out of school early.

Their needs were apparent in elementary and middle school with performance and detentions below grade level. The needs even manifested themselves at the start of kindergarten when many students presented with limited vocabularies and an inability to regulate their emotions. Some were not used to listening to a teacher or adapting their behavior to a group.

In fact, the majority of young people today involved in the justice system began to lose ground much earlier in life, within the first three or four years. Brain research shows that infants are primed to respond to interactions with consistent, caring adults from birth, and that important brain pathways and connections are formed every day. Talking, reading and playing encourage babies and toddlers to build trusting relationships with adults, whether parents or caregivers.

Public funds that allow parents to stay home to bond with a new baby and pay for effective child care when they return to work are investments in the future of our youngest children. The reward comes early when they can start kindergarten ready to learn without makeup help. Recovery continues as they do well in school and function easily in the school setting, leading to a high school diploma and future options.

Later in life, the investment pays off with a lower incidence of substance abuse, violent behavior and incarceration. Health benefits also occur in the prevention of hypertension, diabetes, depression and suicide.

There is no doubt that our young offenders need safe and effective treatment and rehabilitation.

The question remains, however, of our continued inability to fund critical investments in our youngest citizens and their families so that fewer of them will need this kind of help in years to come.

This letter was submitted by Mary Meland, Dale Dobrin, Ada Alden and Roger Sheldon. All are members of Doctors of Early Childhood.

A recent article and letter to the editor questioned the management practices of the Minnesota Department of Natural Resources Forestry Division, claiming that current management practices are not environmentally sound (“Timber turbulence”, 23 October, and “Our state lands are suffering”, Readers Write, November 6).

Although forest management can be complex and conflicting management priorities are often hotly debated, the idea that the DNR is mismanaging the state’s abundant forest resources flies in the face of the facts.

In 2003, then governor. Tim Pawlenty has ordered the DNR to seek independent third-party certification of its management of forest lands held in trust by the state for the benefit of its citizens. The impetus for this directive was the growing desire of forest products companies to assure the public and their customers that the products they sold came from sustainably managed forests.

Forest certification systems measure each land manager’s adherence to an impressive array of ecological, economic and social criteria that assess the impact and effects of their management practices.

After lengthy discussions, MRN management made the decision to request dual certification; that is, to set the bar as high as possible, seeking certification from the two certifying bodies then in place. These two organizations are the Forest Stewardship Council (FSC) and the Sustainable Forest Initiative (SFI).

After an exhaustive two-year application and field audit process funded and supported by the state legislature, the DNR received certificates from both systems in 2005.

In order to maintain these certificates, annual surveillance reviews and regular recertification audits must be carried out by accredited auditors. Currently, the DNR is the largest FSC certificate holder in the country, with nearly 5 million acres registered.

You can search for it.

The author is a retired MNR forest management supervisor.

There is merit in the Nov. 15 online opinion piece “Don’t Shame America’s Oil Companies for Making Money.” We don’t want to disadvantage American companies. But there are two points that the article does not take into account.

We know it’s bad for us, so when do we start taxing fossil fuels like we do tobacco? There are smart ways to do this. Oil-rich Canada is already doing this. We need to start small and raise the tax predictably. Create a Carbon Border Adjustment Mechanism (CBAM) to protect US businesses. Give the money back to the citizens and let us inspire some innovations.

I read with great interest the article “Sacred Second Acts” (November 8) on abandoned churches that “transform” into other uses. As an architectural historian with a special interest in the preservation of historic places of worship, I always salute the efforts of people who recognize the important role these buildings have played in their communities and how they represent the diversity of people who settled here.

But not all places of worship are churches. One of the best-preserved examples of religious building reuse is in Virginia, Minnesota – a small red-brick synagogue erected in 1910 by the town’s small Jewish community that remained in use for nearly a century. The only synagogue in Minnesota listed on the National Register of Historic Places, the building was beautifully and professionally restored through the fundraising efforts of a group of volunteers who then donated the building to the non-profit organization Northern Lights. Musical Festival, headquartered in Gilbert, Minnesota, which uses the venue for a variety of musical programs and other cultural events. Renamed the B’nai Abraham Cultural Center and Museum, the building also houses a permanent exhibition documenting the history of the Jewish Iron Rangers and temporary exhibits.

I urge your readers to make an effort to visit this beautifully restored building the next time they travel north.

Construction kicks off in October, ‘too early’ to call it a trend

The architecture, design and controversies of the World Cup