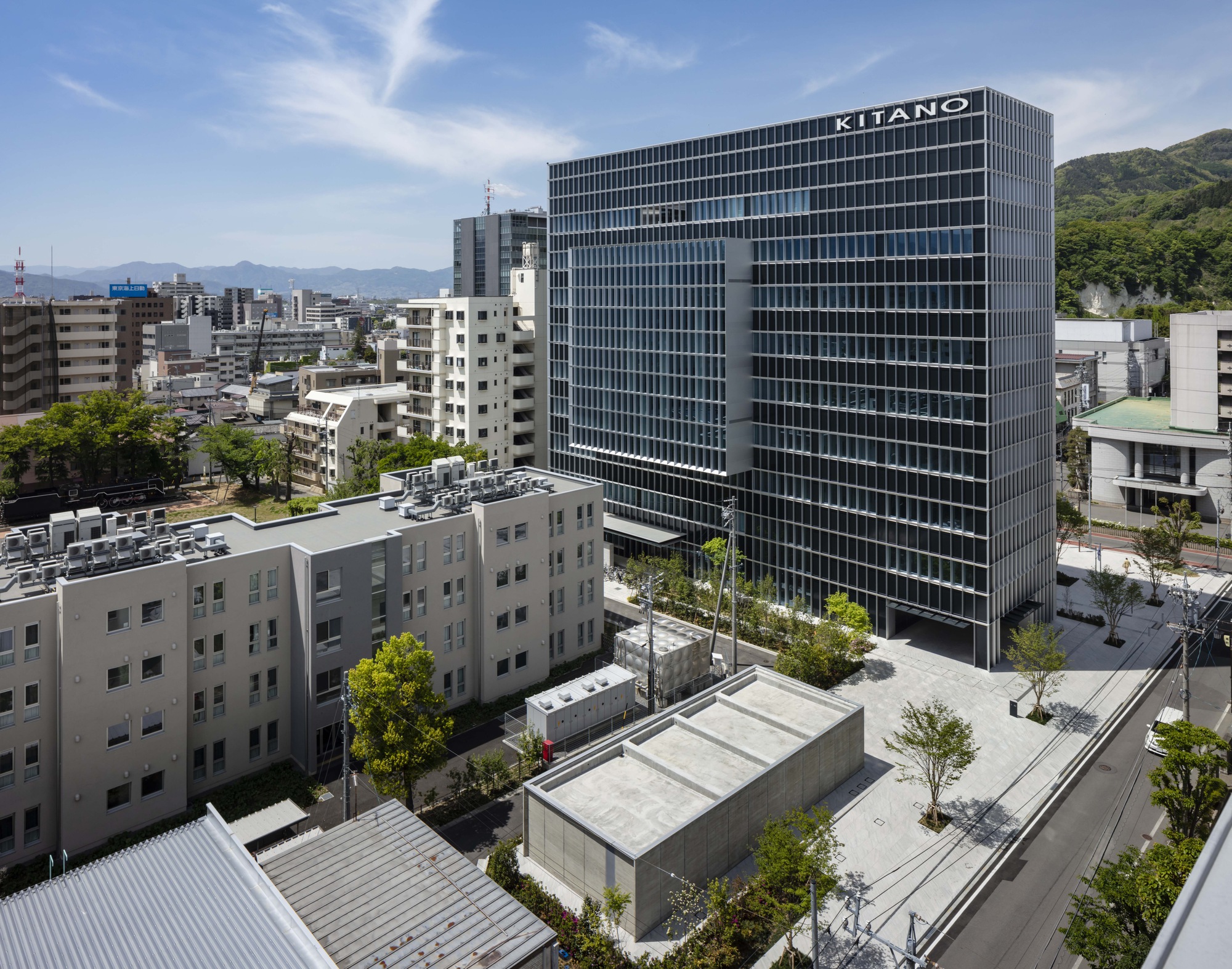 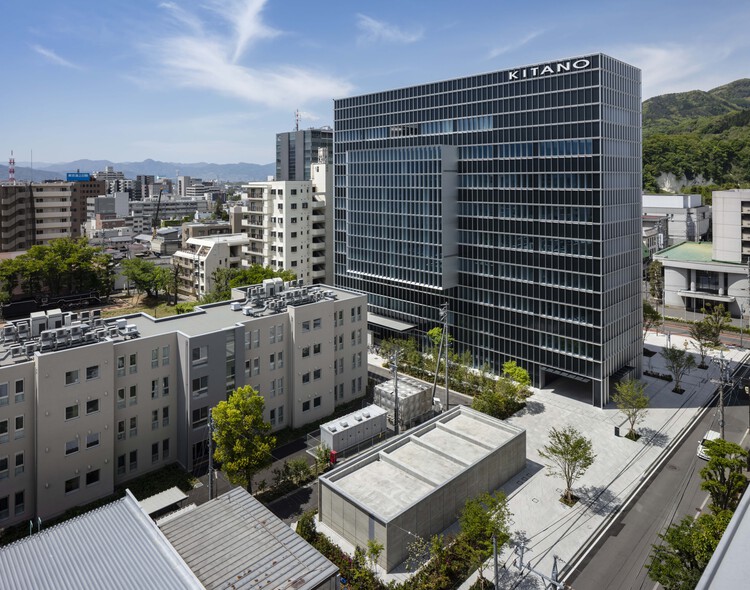 Text description provided by the architects. Since its construction in 1959, the former Kitano Construction Nagano The headquarters underwent a series of expansions designed by Junzo Yoshimura to accommodate the expansion of the company’s activities, but parts of the building had deteriorated considerably and a reconstruction plan was urgently needed.

In order to maximize the standard floor space, the new headquarters building was rotated 90° from the old building, with the skyline ratio relaxed from the diagonal restrictions of the road and adjacent land. In order to minimize the external volume, the building was set back 8 meters from the road on the north side, creating an open space in the area and renewing the urban landscape of this urban district. White granite with a distinctive light gray stripe pattern has been used throughout the exterior, creating a design that contrasts with the building.

In addition to contributing to the surrounding community, the building’s seismic insulation structure was adopted as a BCP (Business Continuity Plan) measure in the event of a disaster, which was another issue to be addressed. This structure reduced the weight of the upper steel frame and achieved a postless space of approximately 13 meters. In addition, environmental facilities using natural energy, such as a geothermal radiant air conditioning system and solar panels, have been proactively introduced.

The existing “Kan-un-an” tea ceremony hall designed by Junzo Yoshimura was moved to the 9th floor of the new headquarters building. The repositioning of the sink and running boards, the black plaster walls of the dew path, and the design of the earthen floor and ceiling lighting have been carefully designed to meet legal requirements without compromising the spirituality of the ceremonial hall of the tea. Some of the interior design elements, such as the entrance hall and the reception room, were a collaboration with Danish architects Norm.”