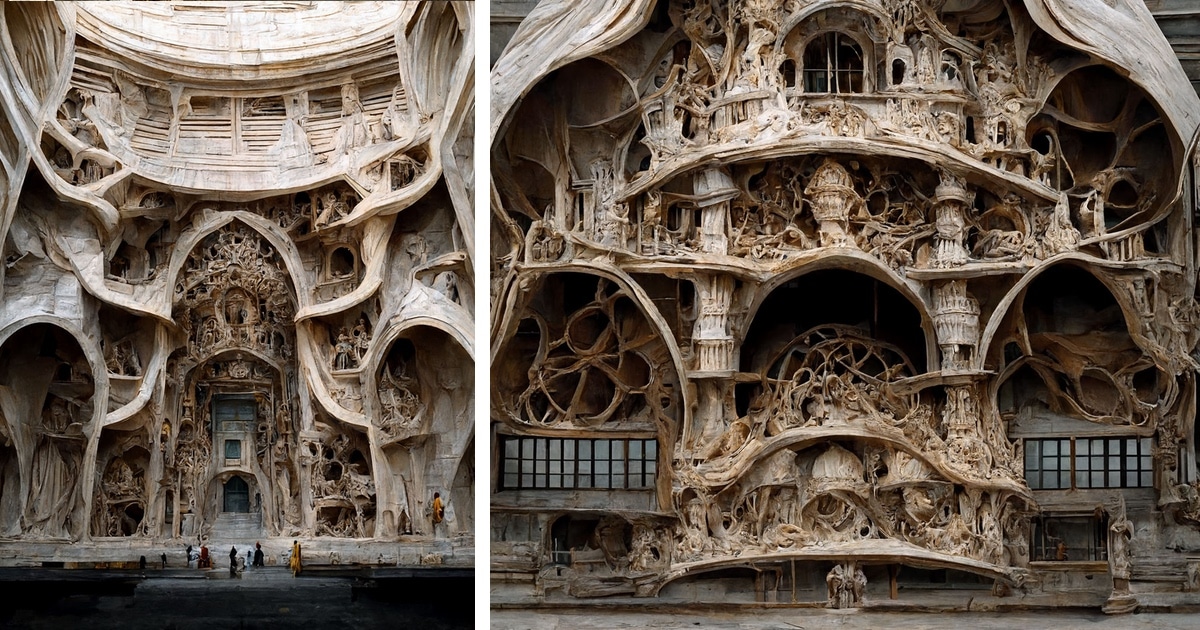 Artificial intelligence (AI) image generation programs are being used more frequently and not without controversy. Programs like Midjourney blur the lines between human art and computer-generated art. But, for architecture student Qasim Iqbal, Midjourney has been a useful tool to help him visualize his ideas. Iqbal is fascinated by classical architecture, and his love for the Renaissance is clear in his AI series Renaissance allegorical sculptural facades.

The dreamlike facades are filled with sculptural detail and display a familiarity that any Renaissance enthusiast will recognize, but with the design dial turned to 100. Iqbal appreciates Renaissance architecture for its “slowness, its statics, its qualities and its balanced compositions”. Using Midjourney, which translates text prompts into images, he was able to bring his vision to life over multiple iterations. For him, AI software is simply a tool for quickly imagining concepts, and using it has forced him to really think about articulating his vision.

“Because Midjourney is primarily a text-to-image generator, it encourages you to summarize and define ideas through words and teaches you to be specific,” he told My Modern Met. “There were many times where I would typically imply parts of the desired image, then realize after a few prompts that I had to specify exactly what I wanted. I believe as a tool it offers me a way to test concepts, ideas and directions for projects, but I don’t think the tool should be relied upon to generate ideas It might add but it should never be the source of the idea. 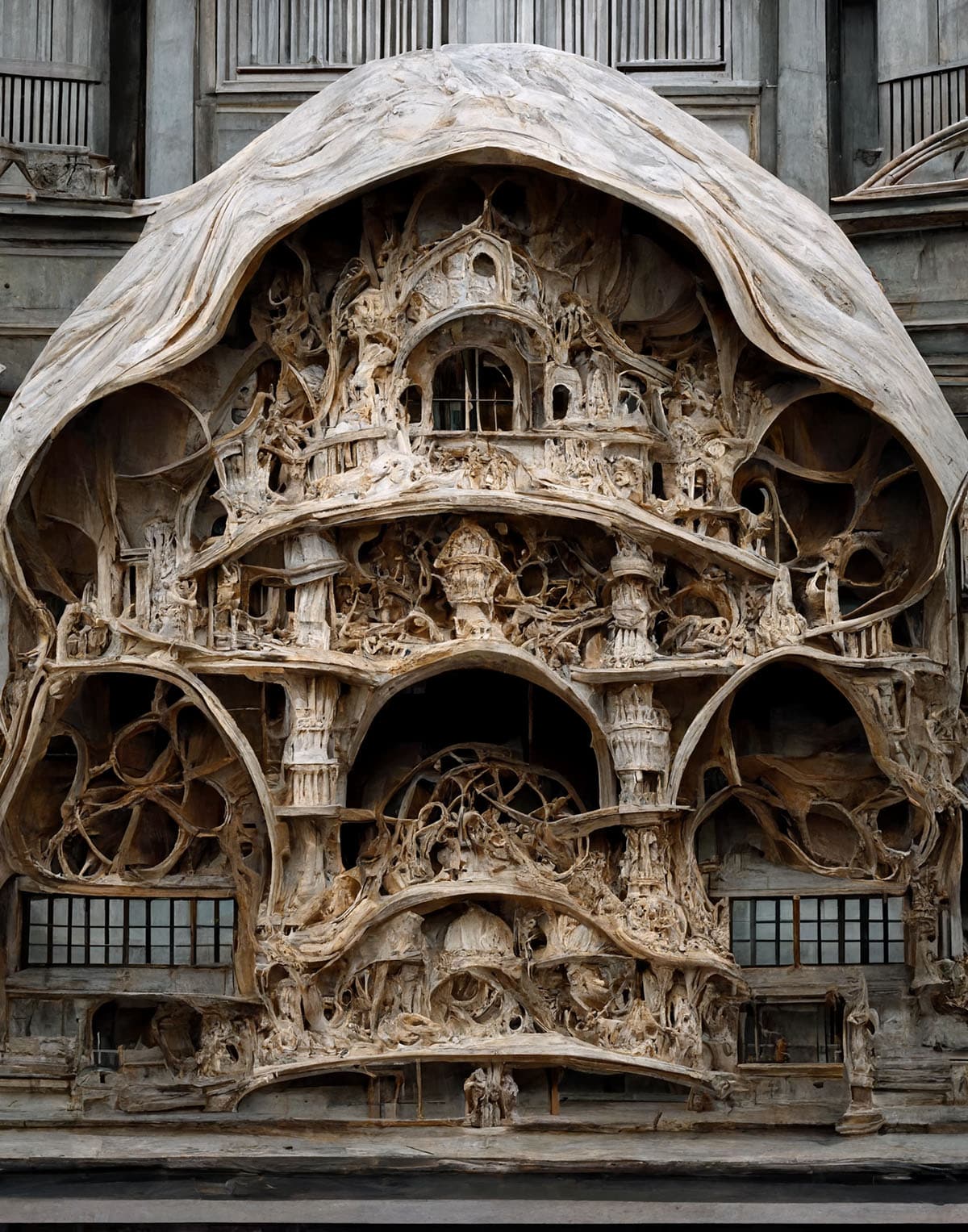 It took Iqbal several hours over a few days to finalize the series. He acknowledges that while it may take a lot less time to create a pleasing image, his expectations for the end result have increased as he has become more familiar with the program. “This is probably due to the popularity of Midjourney and an increase in similarity among most users, so it drives me to keep pushing the boundaries of what we can dream up through this tool,” he confesses. .

Overall, he hopes people enjoy the work and come away with the understanding that AI is just a tool that creatives can use to push the boundaries of their discipline. And he also hopes that by looking at the work, people will get a glimpse of how architects “see” and develop their ideas.

“It’s important to realize that it’s not architecture, it’s just an AI-assisted image of an idea I had. I think that distinction is important because to the eye naked, the image has a great value, but for those who are deeply invested in their craft, they know that it is simply an image, nothing more.It can evoke emotions or feelings in people , but the intention was to test and explore ideas of juxtaposition and contradiction; anything more is more. 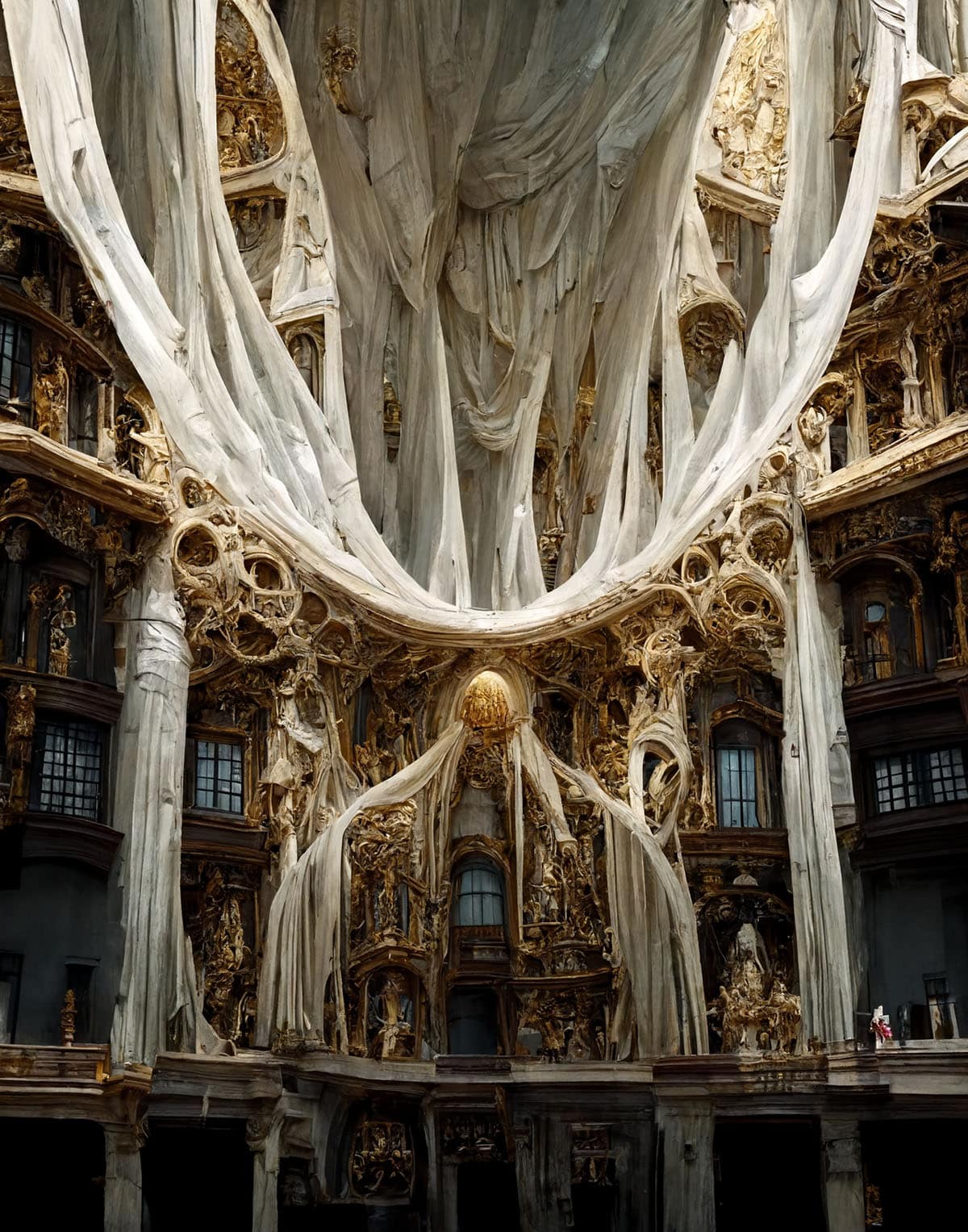 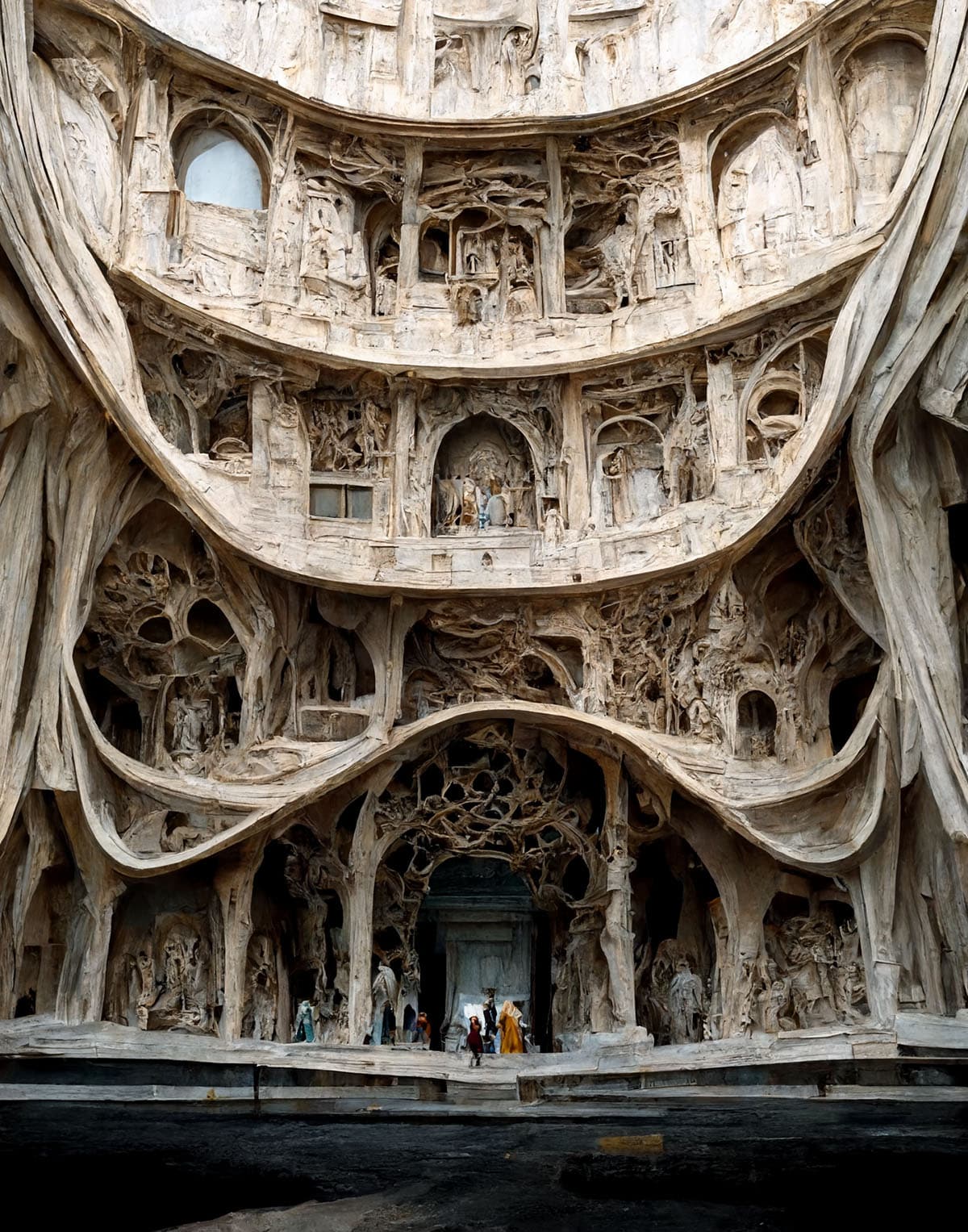 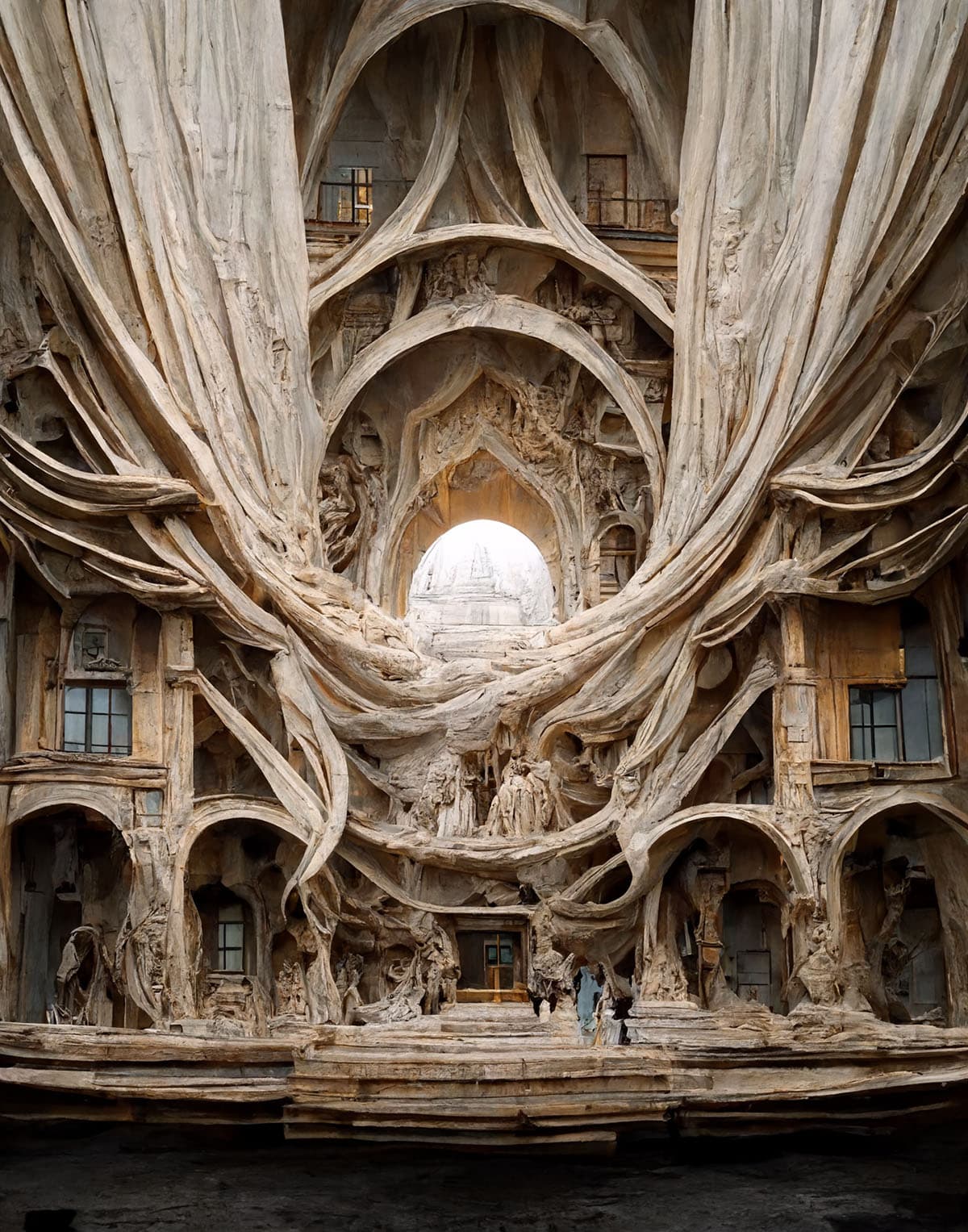 The work celebrates his love for the balanced compositions of Renaissance architecture. 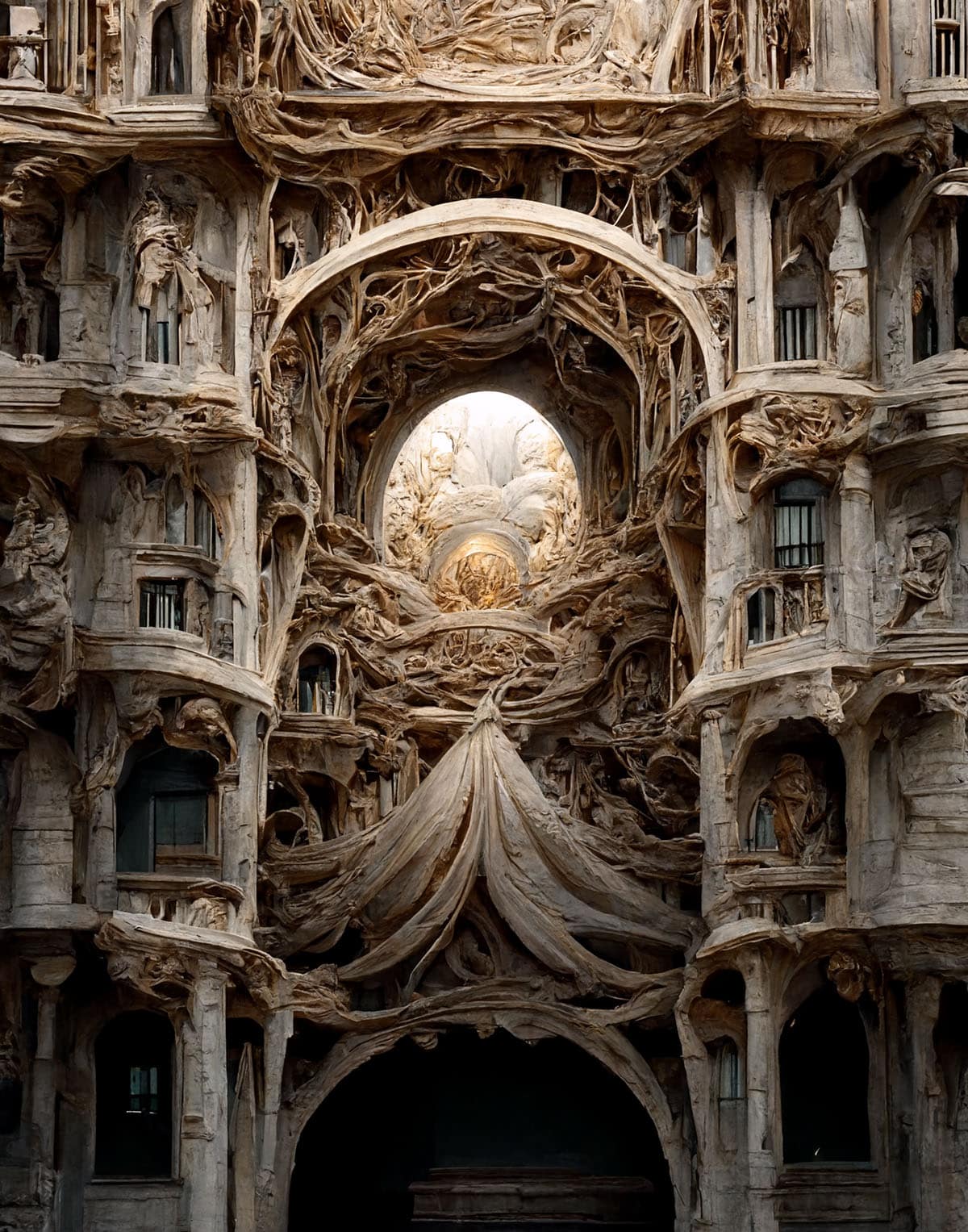 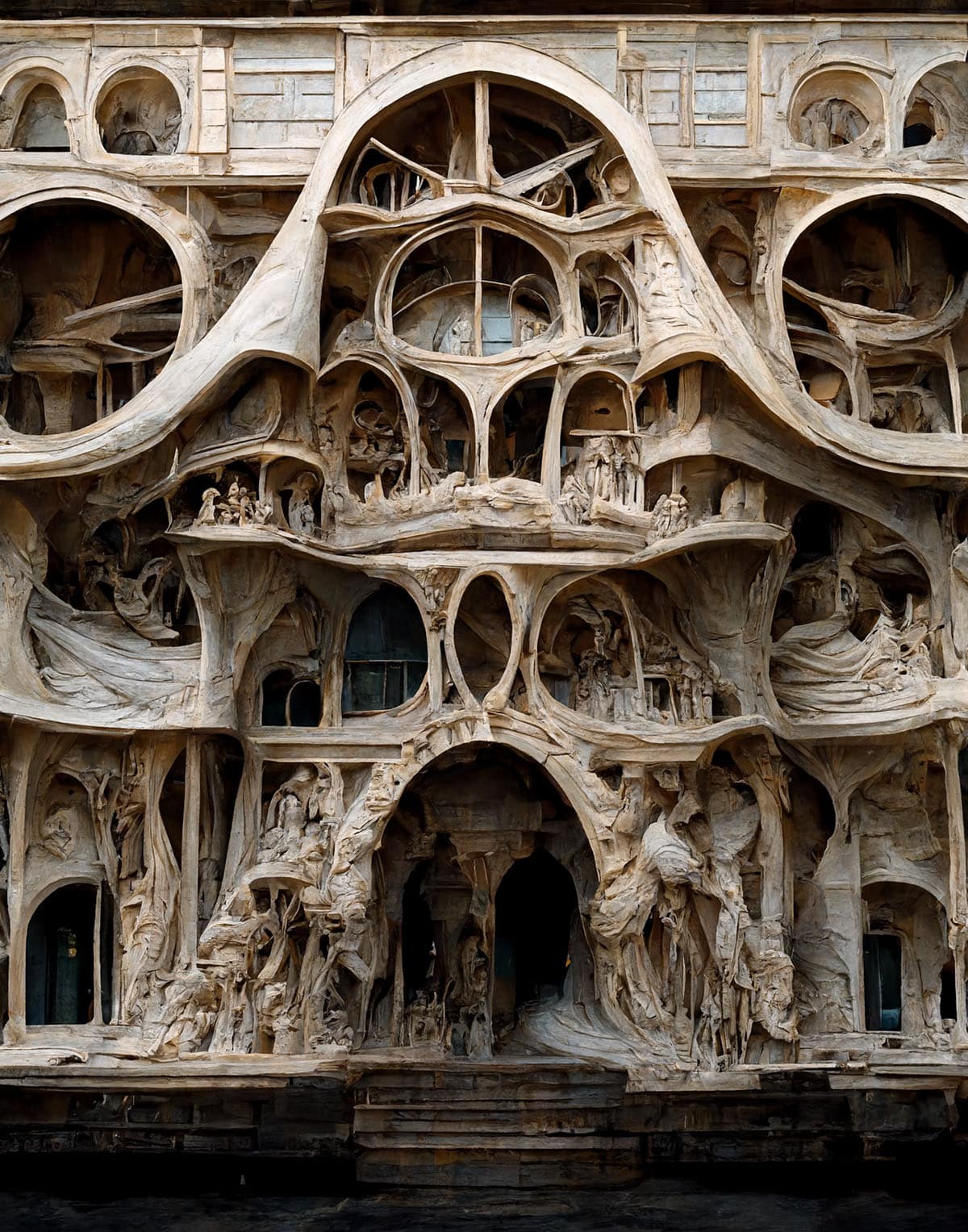 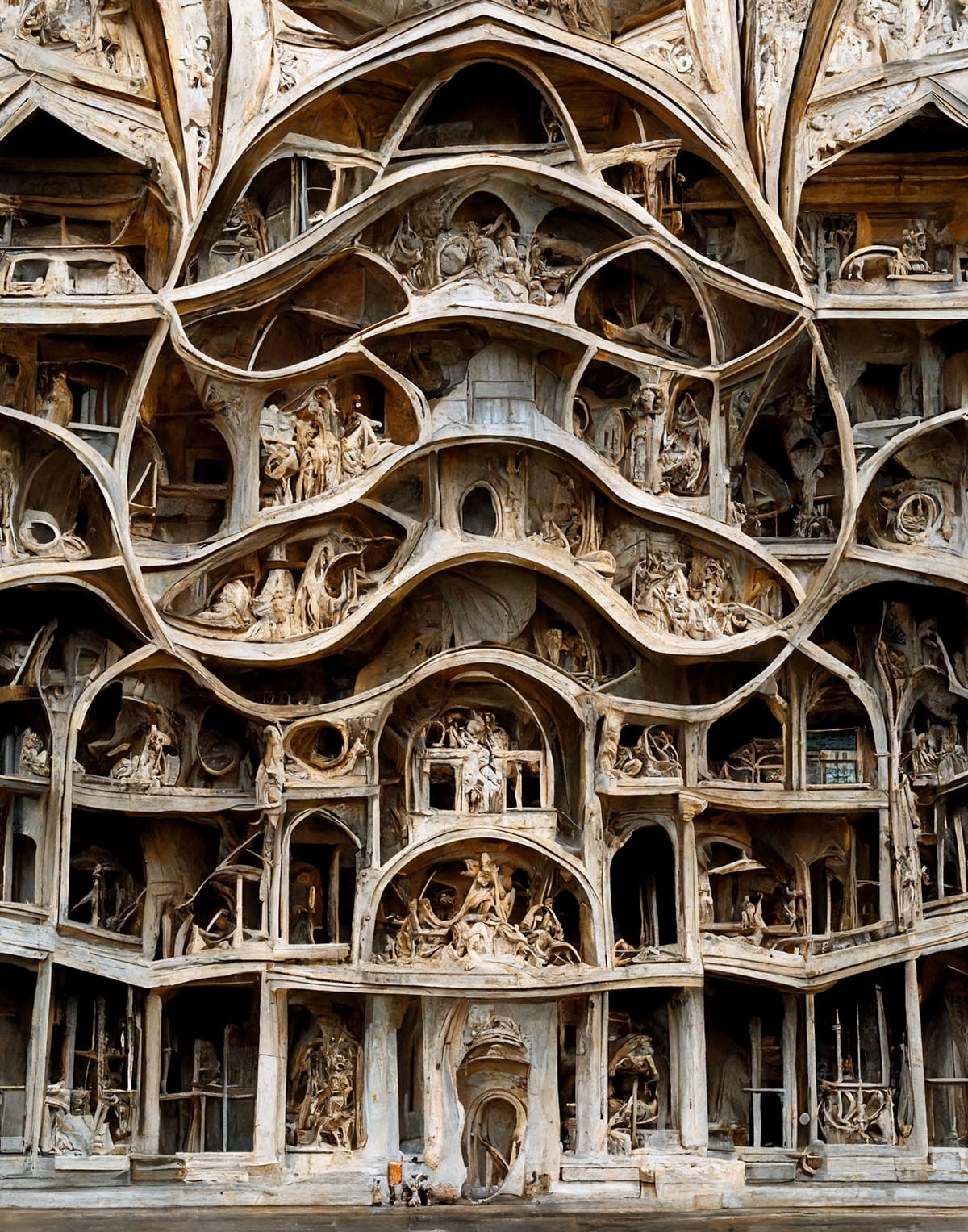 “I hope people understand that this is just another tool that all creatives can use to help push and grow their respective disciplines.” 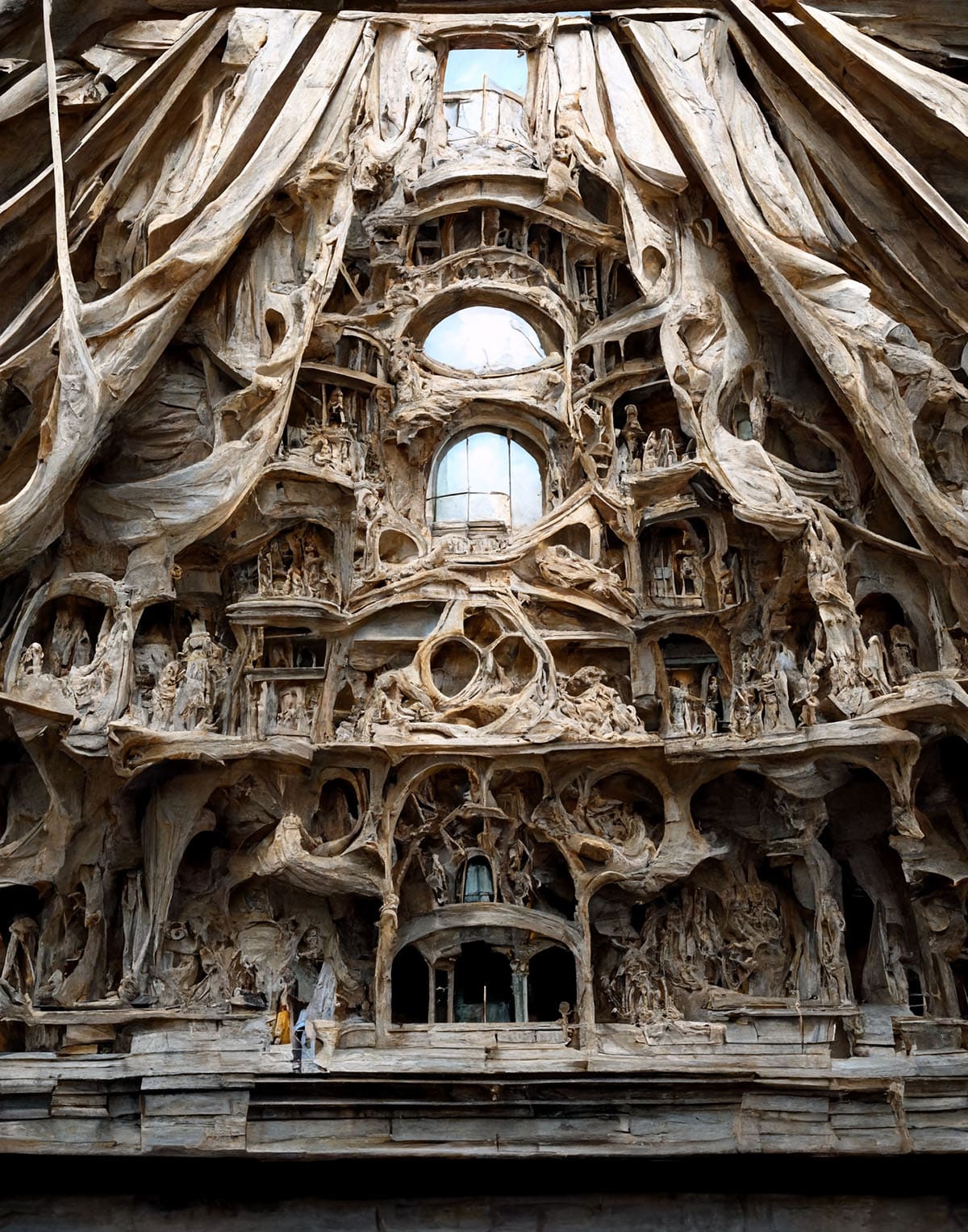 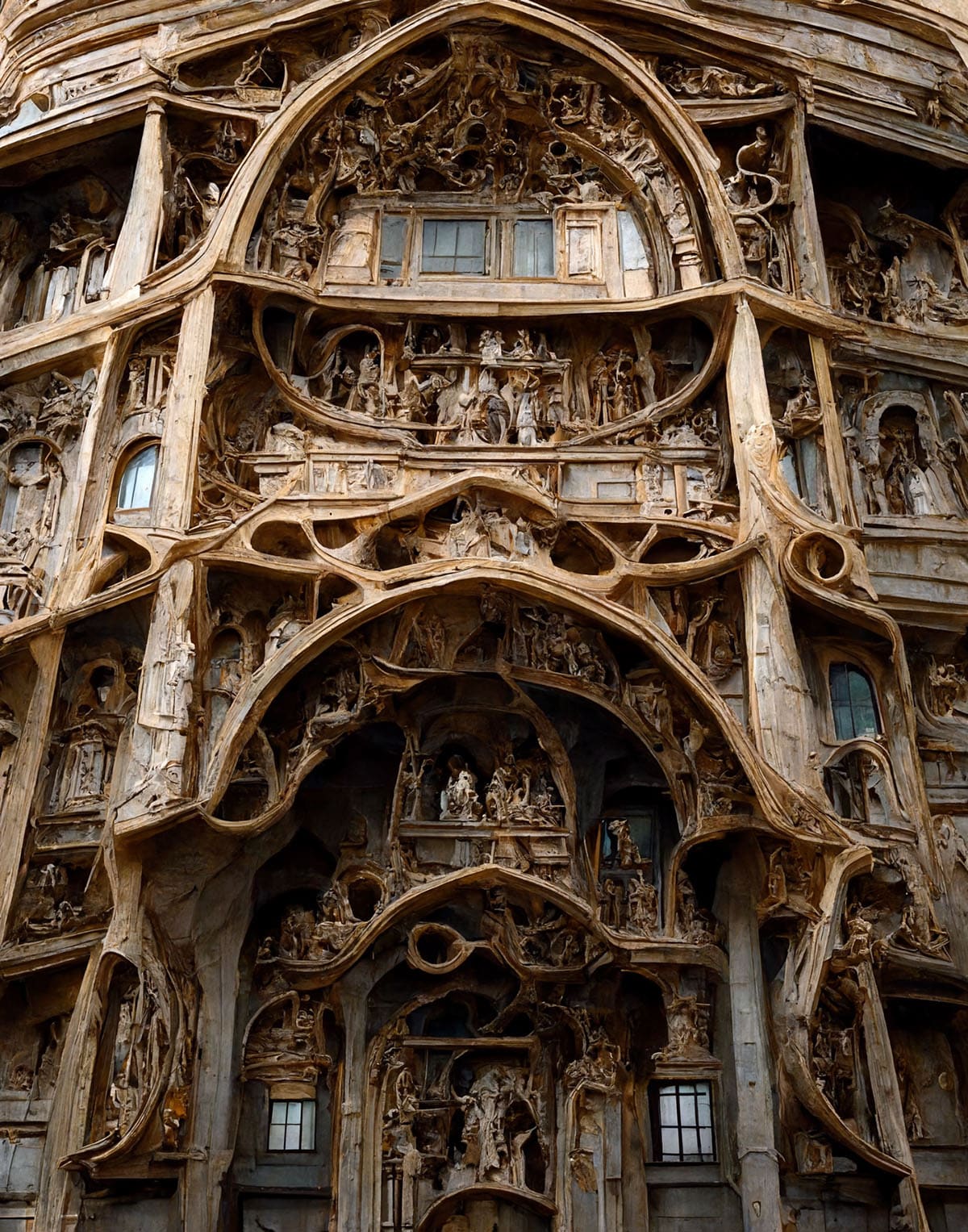 “However, it’s important to realize that this isn’t architecture, it’s just a picture of an AI-assisted idea.” 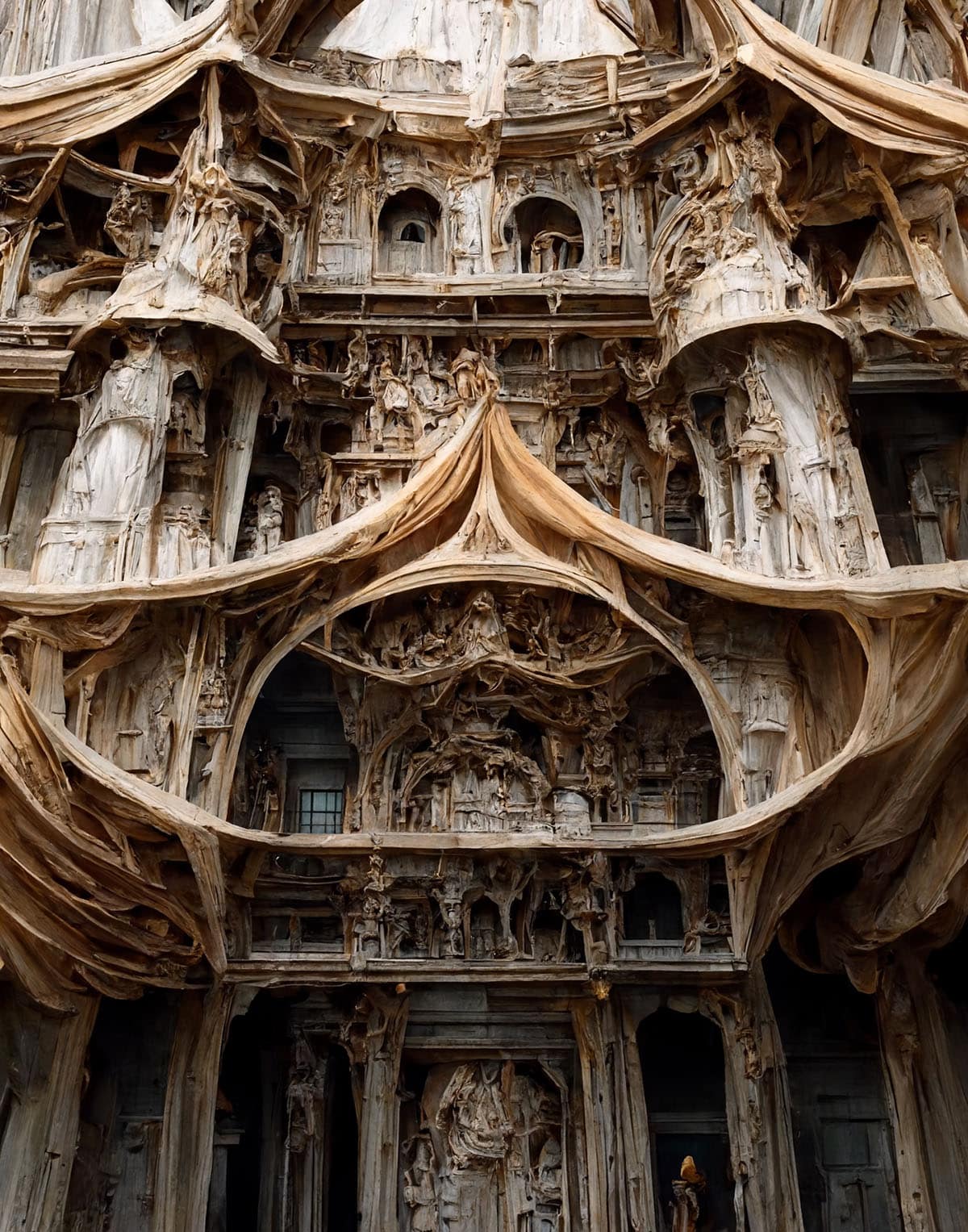 My Modern Met has granted permission to feature photos of Qasim Iqbal.