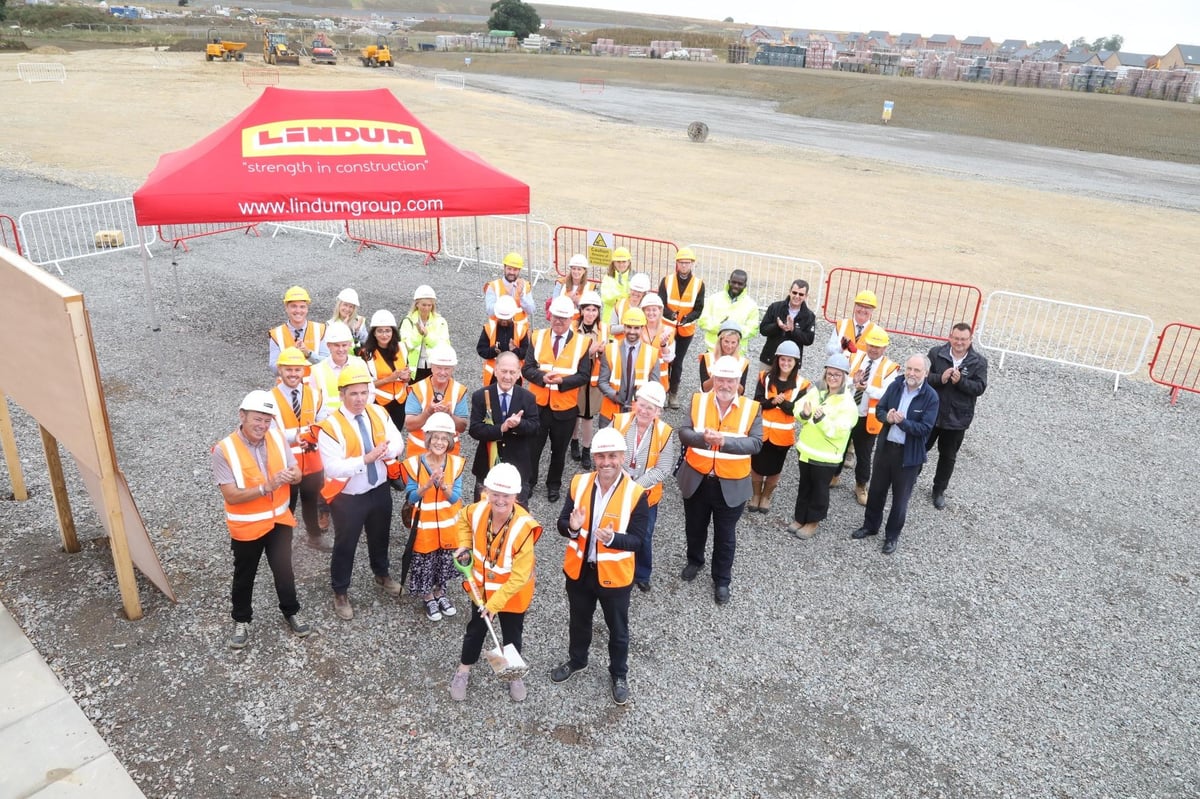 New schools for Wellingborough as construction kicks off

Pupils will enter their new schools in 2023 after the ceremony marking the start of construction of a primary and nursery school on a new estate in Wellingborough.

Cllr Valerie Anslow, Deputy Mayor of Wellingborough, carried out the groundbreaking task of developing Glenvale Park, which is being built to the north of the city.

In addition to schools, a community center and children’s play area will also be on site under the management of Glenvale Park LLP.

Cllr Anslow said: ‘It fills me with immense pride to be able to begin this work which will bring additional school places to Wellingborough.

“As a primary school teacher for over 30 years, I have taught at several schools in the county including two schools in Wellingborough not far from here and I know that these new schools on Glenvale Park will be a place of inspiration for the future generations.

“Schools are naturally community centers and these schools in Glenvale Park were designed not just for children, but for the wider community.

“The developers have promised to bring social value to the city. We need the houses that are being built here to accommodate families moving to the area. But the social value promised by this developer goes further: it offers opportunities for economic growth, it offers places for social interaction and an environment that develops a sense of well-being through open green spaces.

The works include a new two-tier primary school with capacity for up to 420 pupils as well as a 75-place crèche and community center for the 3,000-unit estate.

Mark Best, Principal of Midtown Capital, Managing Partner of Glenvale Park LLP, said: “We are delighted that early work has begun on Glenvale Park’s two education facilities, marking an important milestone in the development progress as well as in delivering on our commitment to generating social value for the Wellingborough region.

“Primary and Nursery Schools will become a learning space for children living in Glenvale Park and beyond for many years to come. We are excited to welcome the first students and their families to schools in 2023.”

The design and delivery of the schools is being led by Kettering-based architects and lead consultants, GSS Architecture, with major construction work by Lindum Group.

Darren King, Lindum Group Managing Director, said: “We have now started work on the primary school and another team from Lindum will start the crèche in three weeks.

“Getting both kindergarten and primary school contracts will create a unique but interesting situation for us, in that we will have two separate teams working on overlapping projects.

Development of the site began in 2018.

Architecture in Nanjing Screams, “Why don’t you finish it?”