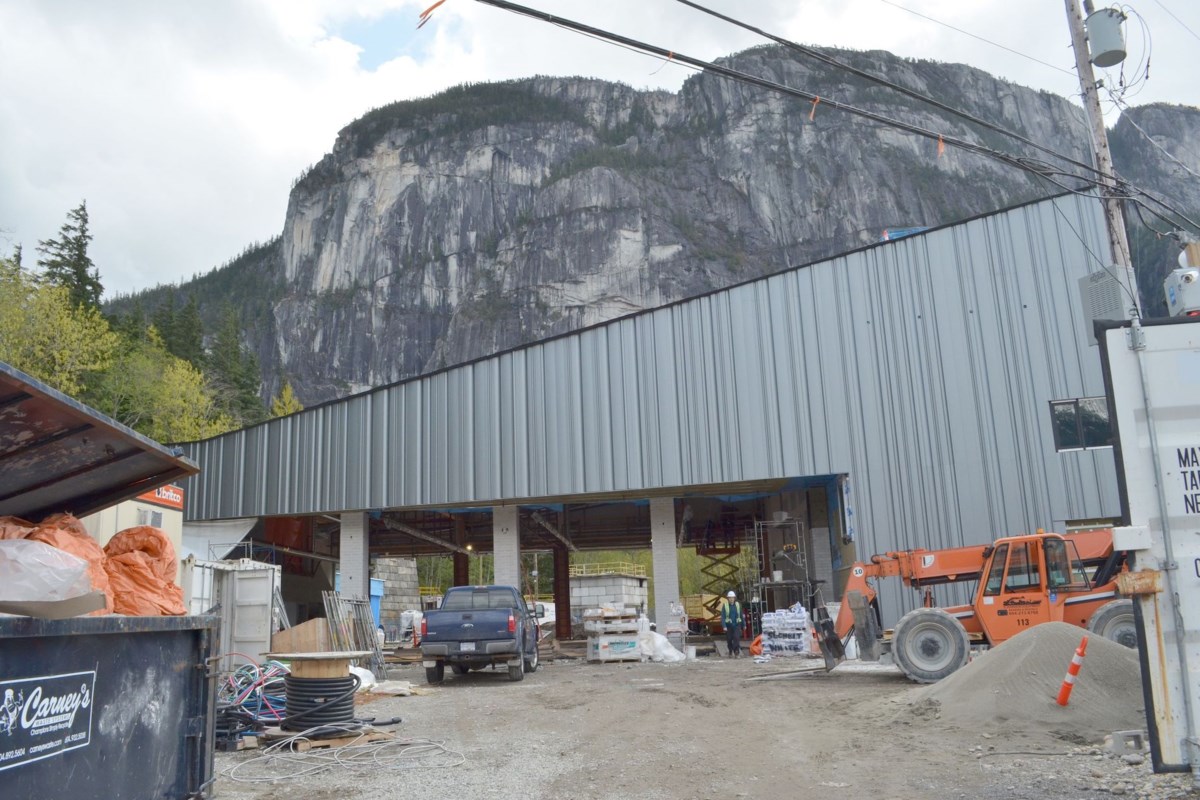 The highly anticipated $16.7 million structure will officially open in July.

Countless hours of planning and council meetings are starting to pay off as the $16.7 million Valleycliffe-Hospital Hill Fire Station 1 is just months away of completion.

On April 25, district officials offered a glimpse inside the structure, which is expected to officially open in early July.

When Chief Squamish visited the facility, the final form of the structure was beginning to take shape, although construction workers were still finishing much of the interior.

The new building has been a long time coming and has been a priority for the District as part of its Real Estate and Equipment Master Planwho identified the replacement of the Valleycliffe Fire Station as a key priority.

The old hall was scrapped and the district hired Kinetic Construction Ltd.. to manage the creation of the new one that will soon work in its place. In the meantime, a temporary fire station has been erected next to the hospital.

HCMA Architecture and Design was behind the design of the new Squamish Fire Department building.

“This building is important because we also moved our emergency operations center here,” said Mayor Karen Elliott. “We’ve moved the fire administration here; our server farms here – now all out of the floodplain. So we’ve built in a lot of resilience with this building, including better health and safety features for our firefighters. So it’s a really important building.”

Kal Bragg, facilities manager for the municipality, said the $16.7 million building is expected to be on budget and on schedule. Once this new facility is complete, the temporary fire station that housed its crew near the hospital will be moved to the Tantalus area. There, it will replace the Tantalus Fire Station as that respective building undergoes its major overhaul.

Bragg said the Valleycliffe building has been future-proofed for 10 to 15 years, meaning parts of the building’s layout can be changed to meet future needs.

“If we need to move items internally, we can move from the offices that are out,” Bragg said.

Deputy Fire Chief Aaron Foote said the municipality will move a ladder truck to the site for faster access to taller buildings and denser areas.

The building will be autonomous for seven days with an emergency generator.

“It will improve daytime responses now and in the future,” Foote said. “And we will have accommodations for additional shifts at night… It will reduce response time downtown, which would be a big improvement in denser areas.”

Foote said the bottom line is that residents living in denser parts of Squamish can expect to have several minutes less than the department’s response time.

Environmental considerations were also taken into account when creating the facility.

Foote said the building is all-electric, and Bragg noted the design incorporates wood rather than steel, which saves carbon footprint.

However, she said, he is expected to meet the equivalent of that standard.

“The design team performs internal audits to ensure the building design continues to meet environmental goals,” Boguski wrote. “The district has developed a custom LEED-like rating system, in conjunction with HCMA Architects, based on the Squamish environment and the goals set out in the district’s Community Climate Action Plan.”

Perhaps the most remarkable feature of the new building is the large cavernous area dedicated to the engine compartments.

This is where the municipality’s fire trucks will be housed.

Giant wooden beams stretch overhead, and the hum and noise of construction echoes throughout the space. Workers wearing hard hats and safety vests are still busy assembling the facility.

It’s here that Foote points out what will soon become the home of four engine compartments that will each have their respective apparatus – or fire engine – pointed outward.

Less obvious are what Foote calls “decon” or decontamination areas, where firefighters can clean themselves and their equipment after responding to incidents.

A commercial laundry room with gear puller will also be present. Foote said this will allow for a higher level of contaminant extraction compared to a residential machine.

“It’s a big improvement for the fire department,” he said.

There will also be a new system for cleaning hard surfaces, such as the breathing apparatus used by firefighters in the event of smoke.

“We have a decontamination room for that with an ultrasonic cleaning tank,” Foote said.

“It’s pretty revolutionary. In the fire department. We’re one of the first in the Lower Mainland, at least, to have this ultrasonic cleaning unit, which really gets into the microbes of all the hard surfaces that [we] put for cleaning. So our self-contained breathing apparatus, the tanks themselves, go into the immersion tank, basically, and [come out] specific to ultrasound.

The skeletal frameworks of many upstairs rooms were still visible when city officials visited the building on April 25. Much of it will soon be offices and administrative space for the fire station.

As with most installations, construction workers were seen working on the innards of the building, hunched over the floors, examining the walls, and perched on ladders high towards the ceiling.

Perhaps the biggest highlight of the second floor was the Emergency Operations Center.

While still in the process of taking shape, he will soon be Squamish’s emergency response mastermind.

This is the location from which emergency support personnel will manage a significant incident in the community. It could be a fire, flood or any other critical event.

While sparse at the time of the visit, Foote said its walls will soon be covered with monitor screens. Breakout rooms connected to the center will allow different divisions of the emergency response team to work in separate spaces if necessary.

The current center is in the RCMP detachment building. There are two advantages to moving its location to Valleycliffe.

“One, the current location is in the floodplain, which is probably our most likely natural hazard and swamp, and the second part is that it frees up space in the current RCMP building for settlement and some of the other departments that need space there,” Foote said.

While many may take sprinkler systems in buildings for granted, this is not the case with Squamish firefighters.

“Our other fire stations didn’t have sprinklers,” Foote said, referring to the powder room. “Over time, we’ve learned that it’s probably best to hose down our fire station.”

As a result, the new fire station will have a sprinkler system and a fire alarm, he said, pointing to a room full of valves and pipes.

There will also be a switch gear room which will be separate from the engine compartment. This would be where firefighters keep their jackets, pants, boots, and helmets handy before going on a call.

“There are always concerns with contaminants when your response equipment is stored on the device bay,” Foote said. “And so it’s a separate room. [has a] separate HVAC system in this room if you have contaminants from the rest of the building. A clean stake here would go here.”

Meeting rooms were also present in the fire station.

“It’s rare in the district, I understand,” Foote said.

Rooms can be reserved through any municipal department. Additional offices will also be present and a fitness room will help firefighters keep in shape.

A reception area and wheelchair accessible restrooms will also be available.

Towards a virtual architecture: The Winter House by Andrés Reisinger and Alba de la Fuente