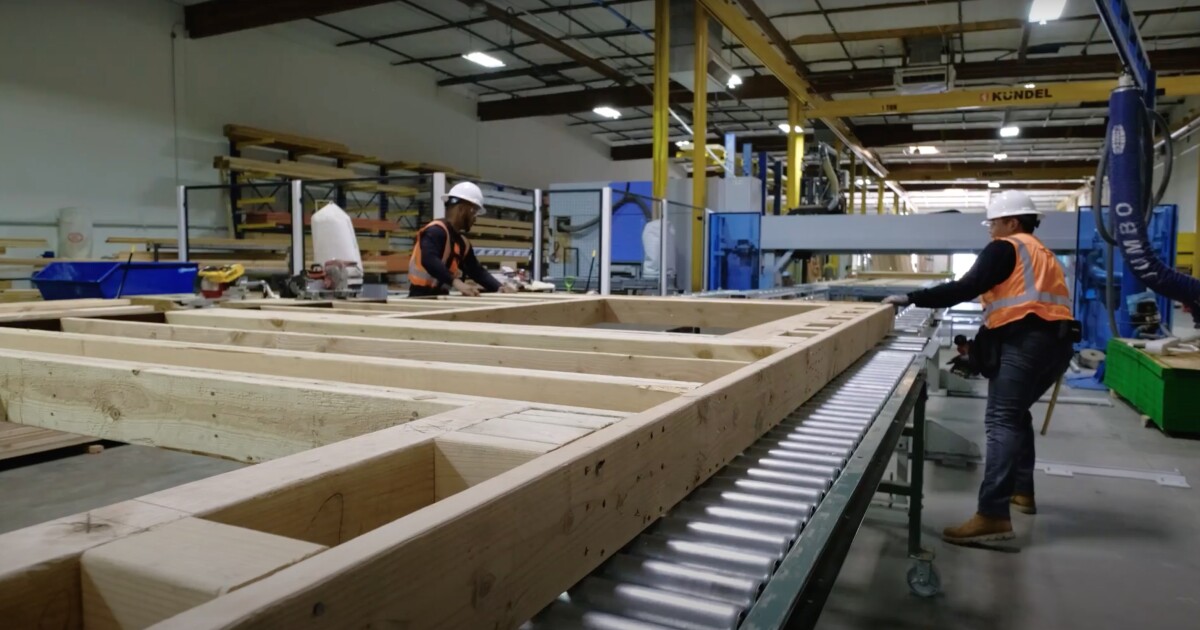 Co-founded in 2018 by former Navy SEALs Kyle Tompane and Garrett Moore, AGORUS’ software enables off-site precision manufacturing of homes, apartments and granny flats in an automated assembly line. Construction crews then install the panels on site in days rather than months.

AGORUS operates a manufacturing facility in El Cajon and employs approximately 60 people. For now, the company is focused on producing framed, weather-protected and insulated panels – the envelope of the house.

But eventually, the company expects to include things like plumbing, electrical and other items in its panels, which would be trucked to the subdivisions and assembled.

“The big thing we’re trying to do here is to increase the speed and ease with which homes can enter the US supply, and our view is that the way to do that is to reduce the complexity of construction,” said Moore, general manager. from AGORUS. “Our vision statement as a company is houses in 30 days – from permits to keys – everywhere we build.”

The construction of modular homes is not new. Many companies offer it across the country. But it hasn’t become a mainstream technique for large-scale homebuilders developing housing estates.

This is the market that AGORUS hopes to penetrate. Its software makes it possible to build complex architectural designs offsite, Moore said. Precision manufacturing reduces waste and lowers energy use in homes, he said.

One downside is that the technology doesn’t add as much value to homes built on concrete slabs, which are common in Southern California, Moore said.

But ultimately, Moore thinks the technology could make inroads in lowering ownership costs for homebuilders who can get more homes to market faster, as well as help them meet their sustainability goals.

The company has worked on around 100 projects so far, ranging from ADUs (accessory dwelling units) to single-family residences. Its technology is applicable to multi-family wood-frame construction up to approximately four stories.

The new funding brings the total raised by AGORUS to $10 million. The most recent investment was led by Blackhorn Ventures, followed by Toyota Ventures, Point72 Ventures, Signia Ventures, DivCoWest and Kennedy Wilson, among others.

The NSW Architecture Awards recognize the small and the large, the public and the private