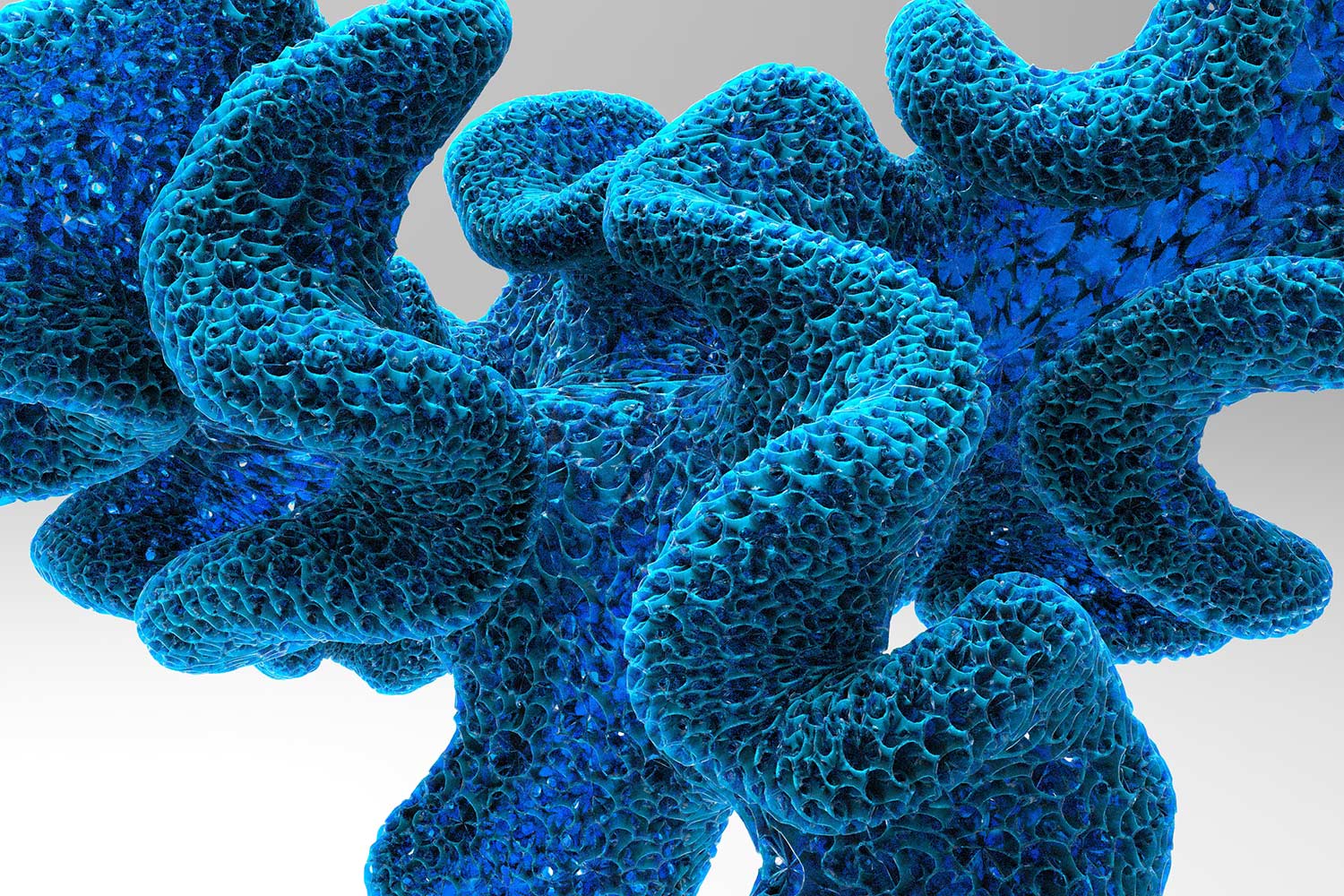 Scaling architecture through its intricacies

Complex 3D forms require software that can easily support and manage their complexities. Software that can enable the translation of these complexities into workable projects. This theme breaks into the realm of architecture and is designed to change it forever. Such software allows designers to be creative and not limited by their tools. One such highly qualified software is Pufferfish.

Pufferfish is a plugin for Grasshopper and Rhinoceros which allows the shape-shifting of 3D models. Pufferfish uses parameters and factors for inputs for interpolations, averages, blends, morphs, transforms, and interpolations.

Manual entry of parameters and factors allows for more personalized control of operations. The software uses interpolations and grids for modeling instead of Grasshopper, which uses count inputs. Overall, this 3D modeling software has 330 components and many more used for tweens, blends, morphs, and lattice operations. They include curve compatibility, multi-threaded torsion box transformation, and a custom curve graph mapper. It is compatible with Grasshopper for Rhino 5, Rhino 6, Rhino 7 and Rhino Mac.

Pufferfish was created by Michael Pryor, CDO of Design Morphine. He received his bachelor’s degree in architecture from the New York Institute of Technology from 2006 to 2011. During his college years, parametric modeling software was not well known, so Pryor could not explore architecture creatively. He wanted to work beyond the canvas of architecture and enter the realm of computer design because it wasn’t explored as much. After college, he became interested in parametric modeling software like Rhinoceros and Grasshopper.

He decided to createpuffer fish”, a parametric and computational geometry software that could create complicated shapes and allow their morphing. To create the software, Pryor needed to learn Scripting. He decided not to learn it the traditional way, but rather to state the problem he wanted to solve and simply work to solve it, making mistakes and learning along the way.

With the help of some friends who knew scripts and his need to solve his problem, Pufferfish was created in 2017. After developing the software, working in several architecture firms and working as an IT consultant, he moved on to product design for Nike. as a computer designer. To this day, he continues to develop Pufferfish. Even today, Pryor emphasizes the importance of computer design and 3D modeling to unleash creativity.

Color has many components where colors can be added and changed on the model. For example, changing the color of specific interpolations, the color of grayscale, adding color to a point, inverting it, etc.
Curves – Provides a plethora of options dealing with the size, shape, direction and control of curves in the model. For example, interpolate curves along the curve, interpolate two curves, is the curve twisted, etc.
Domain – Controls all aspects of the domain, which behave like surfaces.
Listing – Details and creates indices of different inputs, components, etc.
Mesh – Creation and control of meshes and their behavior.
Number – Has different components dealing with model unit values. For example, tolerance angles, curve graph mapper, round to nearest number/decimal, mass subtraction, and interpolation by numbers, to name a few.

Plane – Creation and control of planes and their behavior. Example: Mirror cut planes, flip planes, interpolate planes, etc. Plans can only be straight and not organic.
Indicate – Has different components dealing with points and their aspects.
Sub-D- Covers all subdivisions of the model and how other components can be linked to it.
Surface – Creation and control of surfaces and their behavior. Example: reconstruct surface, mirror cut surface, mesh on poly surface, reconstruct poly surface, interpolate across surface, etc. Surfaces can have any shape and geometry.
Transform – Transform and morph different aspects of the model to modify it preferentially. Example: Transform to twist box, recursive transform, rotate world
twist box – Has a wide range of control tools for twisted boxes, like twisted box through mesh, twisted box tube, consecutive curves, twisted box network, etc.
Vector – Has different components that deal with vector control.

So what can puffer fish do?

Here are some objects and models created with 3D Pufferfish modeling on Grasshopper with the different components and tools. These are very few of the myriad of templates one can create with.

Pufferfish uses this concept of “Tweeting”, a term commonly used in the field of animation is a shorter word for “in-between”. The process involves creating middle managers, known as “intermediaries”. The resulting sequence is called an “interpolation”.

This process aims to create a smooth transition from start to finish, to achieve the illusion of movement from frame to frame. Interpolation is at the heart of the software and is one of the most popular tools used by designers. In this 3D modeling software, “Tween” tool has many different components like Tween through mesh, tween through point, tween through vector, etc. Specifically, the “tween across surface” component can produce multiple surfaces between 2 target surfaces and control their number and distribution.

twist box: Creates twisted boxes connected along a curve from a domain dividing parameters.
Recursive mesh: Using the ‘Recursive Morph Mesh’ to create patterns on a mesh. This component creates repeating morph mesh geometries on a base mesh.
Forward: The Retrans component recursively transforms the geometry to obtain a self-referential step sequence of the transformed geometry.
Mesh fusion: Can combine multiple meshes to create a smooth surface using “plane interpolation”.
Mesh morph: A reference box can be transformed into a twist box to create a truncated parametric model.
Diamond Facade: Penalize a surface into different modules that can be transformed individually or together using the morph to twisted box component.
Net surfaces: Create a series of sharp/curved patterns on a surface.
Pinch and Spread: Pinching or spreading a box or object with different points can create a multi-faceted pattern.

The Alliance Theater Chamber uses oak slat cladding in its interiors. 1,70,053 pieces of oak ½ by ½ in length have been placed in such a way as to create an interpolated pattern where the sheathing curves and twists organically one after the other, each a little different from the last. This bend and twist was created on Pufferfish, where the centerlines of each batten were parametrically controlled. With the interpolation feature, each slat seems to morph into each other while remaining separate and simultaneously forming a continuous rhythm with all the pieces together.

The concept and creation of this cladding was a collaborative effort between Matthias Pliessnig and Trahan Architects. Using 3D modeling software Pufferfish, Pliessnig’s vision was brought to life, where his steam bending process was translated into a digitally controlled environment. Computer controls such as “control curves on a surface and respecting the different distances between the blades maintaining a maximum and minimum value have been implemented in the software”.

Why is Pufferfish 3D so relevant?

The puffer fish can be used in the field of architecture in several ways. Design and build furniture using mesh and twisted boxes, create advanced roof shapes using plane or surface tools, or create specific interior or exterior custom elements.

Pufferfish is extremely useful software for creating very detailed 3D models. The elaborate nature of the models can provide a very solid basis for further development. Even though the software did not break into the architecture realm, there is huge potential for it to be implemented in the future. Using this type of software would completely redefine the architecture. Seeing advanced forms on a screen and coming to life in person are two wildly different experiences, both created by equally advanced software that can see them through.

The series explores various software used around the world in the 21st century, and this modeling software has proven to revolutionize architecture by exploring the unexplored. They facilitate the process by finding new ways to build through a mix of computational methods to support futuristic designs. The series highlights software and tools such as Rhino 3D, Grasshopper 3D, Ladybug, Honeybee, Pufferfish, Kangaroo, etc.

Learn about 10 trending Grasshopper plugins in the AEC industry.

Incidentally, if you are curious to deepen the learning of parametric design and calculation tools, you can consult the workshops of PAACADEMY. These workshops are 7-session studio workshops dedicated to exploring computational design capabilities applied to architecture and design.

The Best Industrial Construction and Engineering Stocks You Can Buy Today