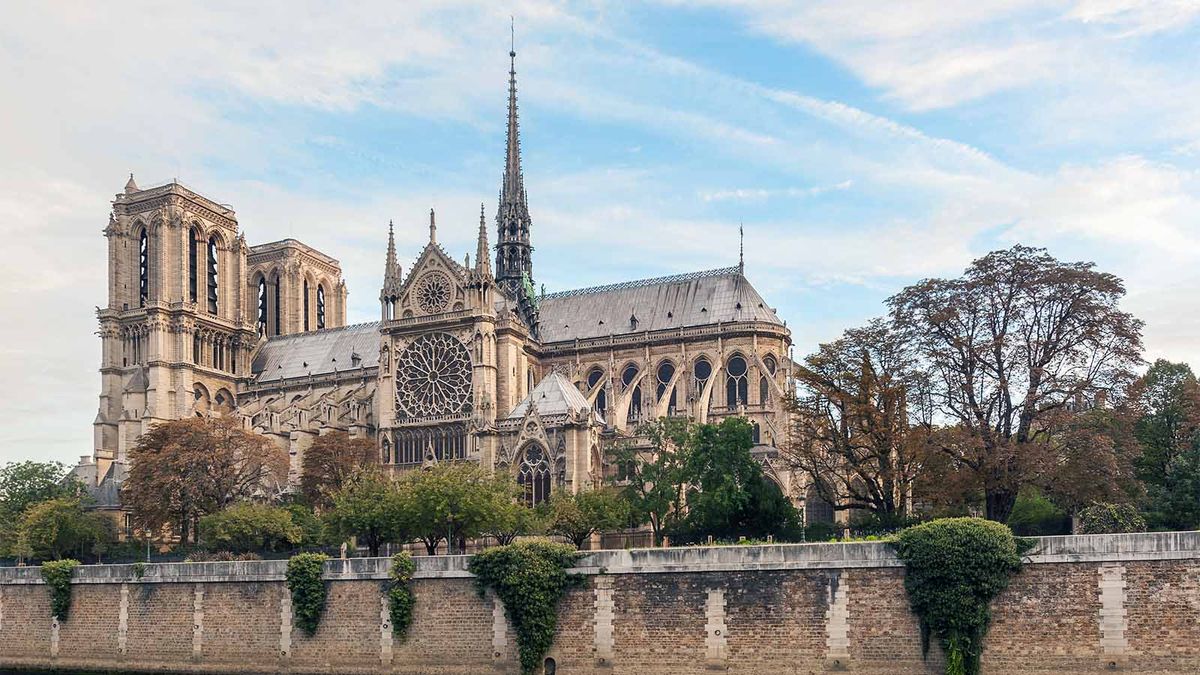 The 5 key characteristics of Gothic architecture

In April 2019, Parisians were horrified when a massive fire swept through one of the world’s most recognized examples of Gothic architecture, Notre Dame Cathedral in Paris. Before the fire was extinguished, it destroyed the spire, clock, and central frame of the 12th-century Gothic monument, and no cause has been definitively determined.

The reconstruction has already been underway for several years and the National Heritage and Architecture Commission (CNPA) has assured that the restoration process will respect the Gothic style of architecture.

What is Gothic Architecture?

Gothic architecture originated in the Middle Ages in France and spread throughout Europe during the 12th and 16th centuries, where today you can see beautifully detailed imposing buildings that take center stage. It was originally called Opus Francigenumwhich means “French Work”, and was an architectural style dictated by the Roman Catholic Church.

During this period, people weren’t necessarily thinking about style, though. Buildings were to be constructed, and many happened to be places of worship.

“The Gothic style is tied to a particular building program – religious structures only,” says Eugene Colberg, director of Colberg Architecture in New York, via email. “The builders of these cathedrals did not seek to do Gothic architecture, they built as they knew how, using the tools and abilities at their disposal, and like everything else, the style was a progression .”

Gothic style architecture has evolved over time, although there are specific features and characteristics that make these architectural marvels stand out.

The Saint-Denis basilica, built in 1135, is considered the first Gothic building. It evolved from the Romanesque style, which included many arches, vaulted ceilings and small stained glass windows. Gothic architecture exaggerated them, making the arches much larger and the stained glass windows more ornate, even adding detailed stories.

“In the early Middle Ages, you had pilgrims coming to these sites on pilgrimage, and these structures needed space to accommodate crowds that often couldn’t read or write,” says Colberg.

But the Gothic style also abandoned the thick, solid walls of the Romanesque style to make way for taller, more massive structures. To accommodate these thinner, lighter walls, Gothic-era builders used flying buttresses (more on those shortly) to support the extra weight.

Gothic architecture also varied and was influenced by the location of the building and the time of its construction. Many features of Gothic architecture served multiple purposes, from adding more stability to bringing in more natural light.

“Elements such as pointed or Gothic arches and flying buttresses were found in buildings located primarily in northern Europe, where sunlight can be scarce, depending on location and time of year, and they are in large spaces that are difficult to light by candlelight,” says Colberg. .

But there are five characteristics of Gothic architecture that stand out from other styles.

Flying buttresses dominate the external Gothic architecture and create more stability by redistributing the weight of heavier and higher levels or stories. They are both decorative and practical and often display a sense of flight, hence their name. The flying buttresses are also adorned with elaborate carvings to hint at an aura of grandeur.

“The flying buttresses were an engineering tool and a technical feat that allowed for greater stability,” says Colberg. “They allowed the structure to have a thinner wall by providing lateral stability.”

Rather than using round Romanesque arches, Gothic architecture features pointed arches similar to those found in Islamic structures. The use of pointed arches was intended to create more space by building vertically.

“Because you’re making everything bigger and stretching it out, you don’t need as much lateral support because the buttresses give it to you,” says Colberg.

Gothic structures are dominated by high ceilings and large windows, and this was possible by implementing ribbed vaults. Ribbed vaults are not only visually stunning, they also create structural support for rounded roofs by placing arches next to each other or parallel to each other.

“Similar to pointed arches, rib vaulting was an engineering method of providing support without as much meat,” says Colberg. “As a result, everything feels lighter and less heavy.”

While many places of worship have stained glass windows, they feature prominently in Gothic architecture. Take the famous trio of rose windows at Notre-Dame. The south rose window, or Rose du Midi, is approximately 12.9 meters (42 ft) in diameter, the largest in the church. Like the north rose window, it was made in the middle of the 13th century. These massive windows were added as much for decoration as to let in natural light.

The detailed statues, columns, spiers, pinnacles and iconic gargoyles are emblematic of the Gothic style. It may be hard to imagine a time before smartphones and the internet, but centuries ago these ornate decorations conveyed information and stories to people.

“Most of society couldn’t read and write, so the way you told a narrative and the story of the Bible was through stained glass and through ornamentation in stone,” says Colberg. “To be able to have a building that serves as a teaching tool is pretty amazing; very few other moments in history have left their mark in this important way.”

Travel through Europe and you will come across many Gothic cathedrals and churches. Many famous cathedrals are based in France, the birthplace of the style. Notre-Dame de Reims Cathedral is located in the French city of the same name, while Chartres Cathedral located in the Centre-Val-de-Loire region, is one of the most complete works of the early 13th century. Both have UNESCO World Heritage status.

But it is not only in France that many famous and important Gothic style cathedrals remain. The largest Gothic cathedral in the world, Seville Cathedral, is in Spain. The ornate cathedral took over a century to build, from 1402 to 1506. However, Milan Cathedral in Italy took around 600 years to complete and takes center stage in Milan city centre. Then, of course, there’s Westminster Abbey in London and Canterbury Cathedral in Canterbury, Kent, perhaps two of England’s most famous Christian structures.