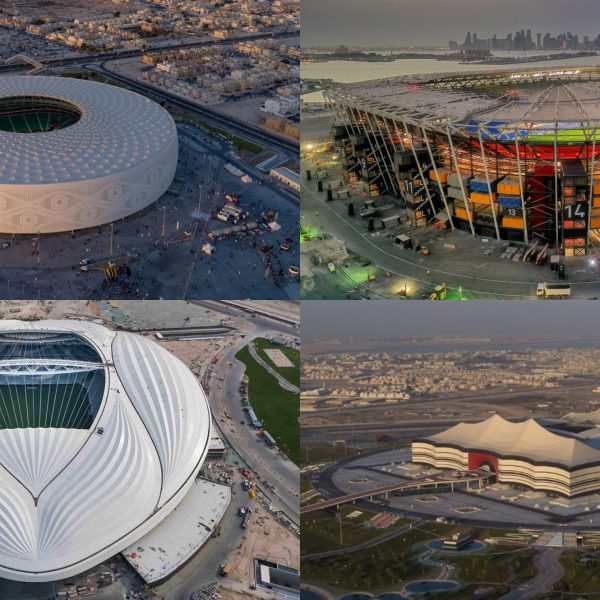 The architecture, design and controversies of the World Cup

This week on Dezeen, we focused on the architecture and design of the 2022 FIFA World Cup in Qatar, and the human rights and sustainability controversies that overshadow it.

We’ve rounded up the eight stadiums that will host the tournament and taken a closer look at kits from all 32 participating countries, as well as ten completed cultural buildings in the country ahead of the World Cup.

The World Cup has come under heavy criticism over human rights concerns associated with the conditions of the migrant workers who built its stadiums, with Amnesty International’s Peter Frankental saying architects working there risk helping with the wash sports.

This week we also announced the winners of the Dezeen Awards 2022 in the architecture, interiors, design, media and sustainability categories.

Winners include the final project by Richard Rogers (pictured), design duo Adam and Arthur’s Mother and Child cabinet, which won furniture design of the year in the design category, and architecture studio Woods+ Dangaran’s Twentieth, which won Home Interior of the Year in the Interior category.

Among the media winners was a photo project that captures brutalist architecture in Hong Kong, while K-Briq was one of the winners in the sustainability category.

In design news, German automaker Audi has unveiled its updated logo, a flat, simplified version of its distinctive four-ring design. The rings have been stripped of their chrome color and are no longer enhanced.

Another German automaker, Volkswagen, presented an unusual design this week: an office chair that can travel up to 20 kilometers per hour and has a seat belt and a hi-fi music system.

In other architecture news, American studio Diller Scofidio + Renfro’s David Rubenstein Forum in Chicago was named the world’s best high-rise building this year by the Council on Tall Buildings and Urban Habitat.

We looked at how architecture could be impacted by AI-enabled computer graphics software such as Midjourney and DALL-E, which experts say have the potential to change the way architects approach the design and build stages. design of buildings and products.

But architects don’t have to worry about being usurped by AI software just yet, says editor Will Wiles in this week’s opinion piece, saying that “for now, the AI architecture is just another form of architectural vaporware”.

The most popular projects this week included a retreat in Portugal designed in a “minimalist rustic” style, the interiors of the world’s skinniest skyscraper and a “forever home” in Melbourne.

This week on Dezeen

This week on Dezeen is our regular roundup of the week’s top stories. Sign up for our newsletters to make sure you don’t miss a thing.