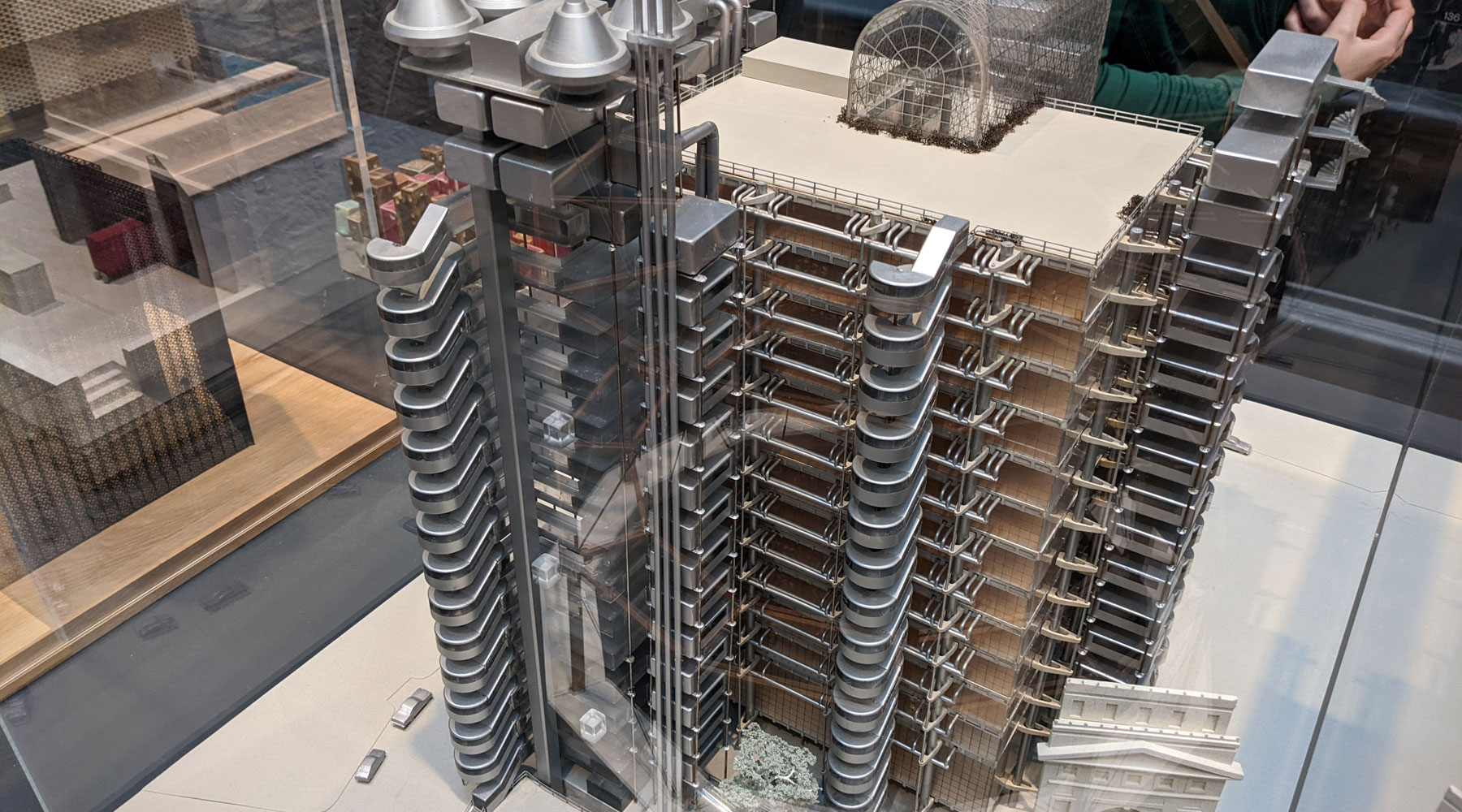 The Architecture of the Royal Academy Summer Exhibition

Although the Royal Academy’s annual summer exhibition is famous for the art on the walls, it’s also a space to show rather larger works – of architecture. Or at least, the architectural models, assuming that skyscrapers cannot fit inside the gallery rooms.

Not just the latest buildings, but a host of the last decades, and as such it’s a bit of a dream to see all these wildly different scale models on display with tiny time-frozen figures outside offices or inside homes.

One of the most intriguing concepts is a glass window that frankly looks like the kind of unrealistic giant doorway to an out-of-this-world building that a sci-fi movie would come up with. In fact, it’s a reimagined 30-foot Jacobean window for the Great Hall in Parnham Park in Dorset, and is made by Heatherwick Studio. The idea is that the center pivot can open or close the windows as needed. I still think it would make an amazing entrance to a modern art gallery.

Dominating the main room, however, is something very different from the rest of the exhibit, a cheap-looking shack on wooden struts. It is indeed cheap, but cheaper than it looks. As the architecture here is just the metal corner joints, and the idea behind this project is to allow people who have lots of local raw materials to quickly build flood proof rooms using only the metal joints provided at the corners to provide the strength and stability that would otherwise require a lot more material to create.

There are plenty of new ideas here for sustainable construction, from new materials to cladding high-rise buildings that reduce the need for indoor air conditioning. Elsewhere, there are cavernous constructions such as shopping centers and high towers in a very modern style.

Most of the artwork on display at the summer exhibition is for sale, but here in the architecture fair it’s for viewing, not buying, which is a shame if you imagine owning the model of the Lloyds Building. But it’s a good two-room apartment filled with models that you’ll rarely see outside the architect’s studio.

The Summer Exhibition is at the Royal Academy until 21 August and tickets must be booked in advance from here.

Tagged with: The Royal Academy

This website has now been running for over a decade, and although ad revenue helps fund the website, it does not cover the costs. That’s why I’ve set up a facility with DonorBox where you can contribute to the costs of the website and the time invested in writing and researching news articles.

It’s very similar to how The Guardian and many smaller websites now seek to generate revenue in the face of rising costs and falling advertising.

Whether it’s a one-time donation or a regular donor, each additional support goes a long way toward covering the costs of running this website and keeping you regularly up to date with London news and happenings.

Tara Veldman on the future of healthcare design