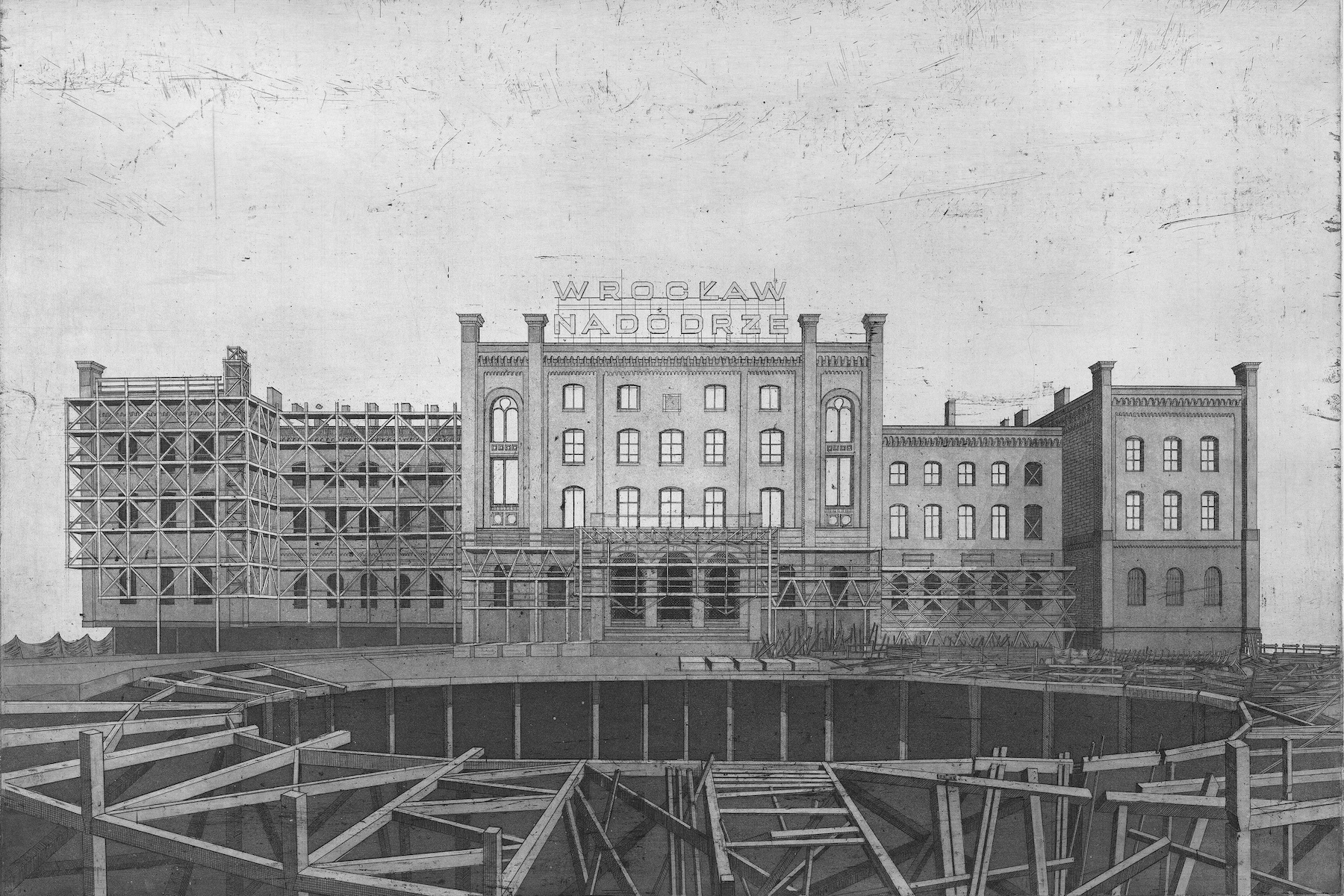 For various reasons, architects have been alienated from professional practice. Sometimes, however, they continue to design buildings in other media and mediums. Vinicius Libardoni is an Italian-Brazilian architect and artist who migrated from Autocad, to metal engraving, to wood engraving, and has since built imaginary architectures. 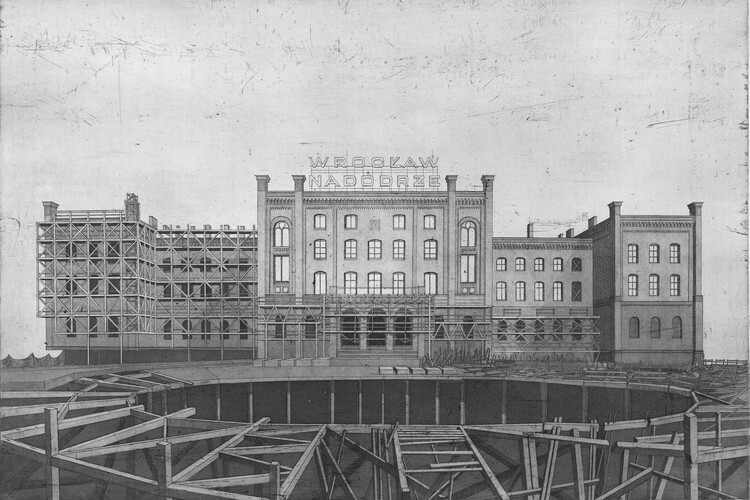 Expired Futures Contracts is a series of six metal engravings, the result of his master’s thesis at the Eugeniusz Geppert Academy of Art and Design in Wrocław, Poland. Exploring temporal inaccuracies, the works are portraits of a past in the present without the possibility of a future. The buildings depicted in the series of prints are ruins under construction, architectures that evoke a strong sense of nostalgia – a collective nostalgia common to Eastern European countries.

The end of the line represents the Nadodrze station, built in 1868 and designed by the German architect Hermann Grapow; four walls features a 19th century residential building located on the island of Malta; Abandoned shows us the Sułkowice mill built in 1890; dissolve borders is the representation of the chemistry department auditorium designed by Krystyna Barska and Marian Barski in 1964; Out of context features the 1993 Solpol building, a gem of Polish postmodernism; and Death Repeat depicts the monotonous and repetitive landscape of communist-era housing blocks, without referring to any particular building.

The thread that aligned these architectures is guided by the artist’s walk in this foreign territory, which little by little ends up becoming his home. This thought-provoking private collection of Wrocław architecture, inventoried by the artist from the practice of situational drift, is a private cut made public through reinterpretation and representation through metal engraving.

Solid brick and concrete ruins supported by independent structures that strive to hold them in place – enduring over time, disproving at all costs the idea that the future is inaccessible to them. The artist-architect designs support elements in the hope of keeping his memorial buildings standing. But he designs them with little conviction: the material used is wood, visually lighter and more fragile than concrete and masonry, and the load-bearing parts clearly have insufficient sections to support the full weight of these sentimental architectures for a long time.

There is added to the austere and serene atmosphere of the engravings, as well, a layer of fantasy and irrationality. This sentiment is borne out by the artist’s decision to deliberately remove the sky, the horizon and, most notoriously, the earth. The six largest engravings show totally or partially suspended architectures, without floor, detached from a solid ground. There is here a fundamental inversion of the telluric tectonics practiced since Antiquity, in which the architecture literally rests on the earth; in these prints, huge buildings are placed in a state of material suspension that somehow echoes the suspension of time evoked by their presence in today’s city.

Sentimental geographies, the artist’s objects of interest can be apprehended as wrinkles in space-time. In his book The Nature of Space, the geographer Milton Santos calls roughness what remains of the past as “form, constructed space, landscape, what remains of the process of removal, accumulation, layering, with which things are replaced and accumulated everywhere. Like the geography of the body, with its folds, crevices and roughnesses, the wrinkles of the urban territory are records of the passage of time in this place – scars that attest to absent presences: the past itself in the present.

Expired Futures Contracts are the futures that could have been but never will be, they are the possibilities that have never been experienced or even the prophecy of a future that can never be.

This article is part of ArchDaily Topics: Aesthetics, proudly presented by Vitrocsa the original minimalist windows since 1992. Vitrocsa’s goal is to merge indoors and outdoors creatively. Vitrocsa has designed the original minimalist window systems, a unique range of solutions, dedicated to the frameless window with the narrowest visibility barriers in the world: “Made in accordance with the Swiss Made tradition recognized for 30 years, our systems are the result of unparalleled know-how. and a constant search for innovation, allowing us to respond to the most ambitious architectural visions. Each month we explore a topic in depth through articles, interviews, news and projects. Learn more about our ArchDaily topics. As always, at ArchDaily, we welcome contributions from our readers; if you want to submit an article or a project, contact us.

Why gave up dream of living in Dallas to buy a great home for less? OakParkFinancial Tips