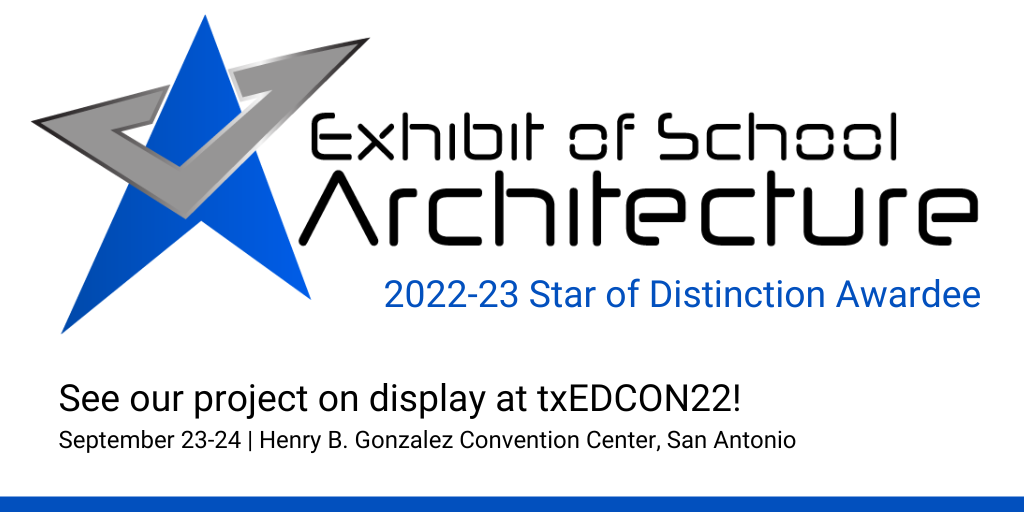 TASA and TASB announced that 55 projects will be included in this exhibition of new and renovated school facilities in Texas, which includes projects from 36 school districts and two colleges that were submitted by 16 architectural firms. Eligible projects are newly constructed or renovated public educational institutions completed within the last five years and not previously submitted in this annual exhibition.

The students of Jill Stone and Nathaniel Hawthorne moved into their respective new buildings during the past school year. The construction projects were completed under the 2015 bond. Stone’s new building, which had a budget of $57.2 million, held a groundbreaking ceremony on June 22. And Hawthornean investment of $29.9, held its opening ceremony on April 11.

School Architecture Exhibit awards are made at the discretion of a 12-member jury, which includes: four school board members, four school administrators, and four members of the Association for Learning Environments South Region ( A4LE).

The TASA/TASB School Architecture Exhibition in collaboration with the A4LE – Southern Region Foundation will showcase 55 projects at txEDCON22, The TASA | TASB Convention, in San Antonio on September 23 and 24. The projects will also soon be featured in the online exhibit at https://texasschoolarchitecture.org/.