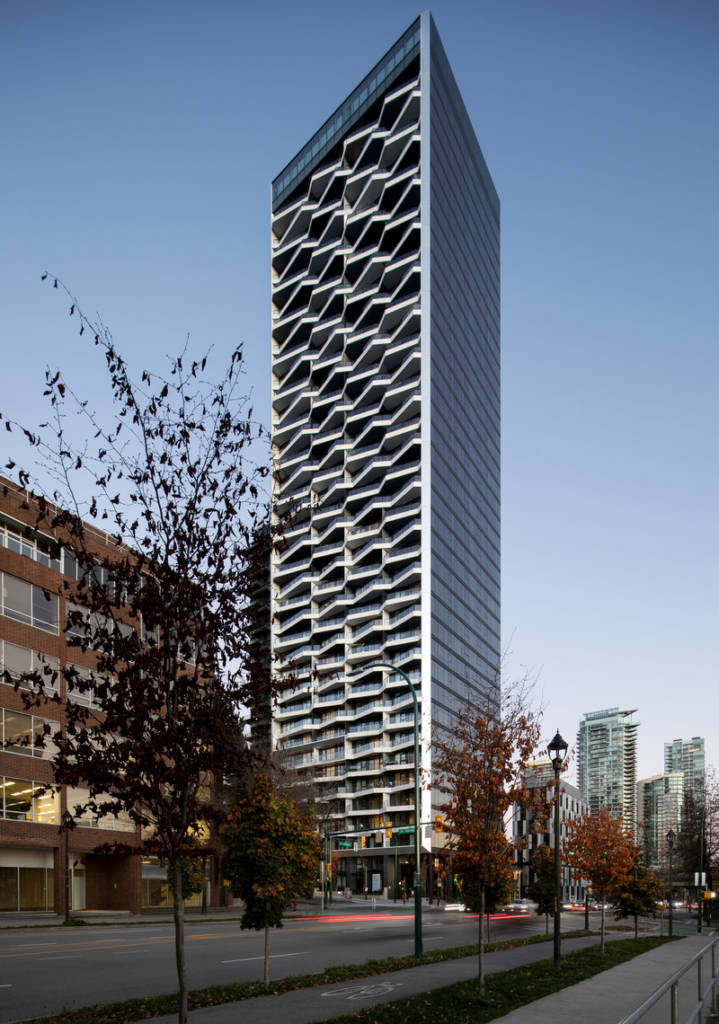 The Pacific, ACDF Architecture’s new residential tower, was designed as a representation of the company’s efforts to rethink skyscraper development.

As one of many new additions to the Vancouver skyline, the company focused on developing shape and form on a simple mass that would capture attention through textures, building assembly and details. The goal was to create a structure that not only had character, but also blended into its surroundings.

The building’s north and south facades are clad in glass and black granite, which contrast with its more picturesque east and west facades. The latter has triangular balconies arranged in a woven pattern.

At its core, The Pacific was grounded in the location of the site, its history, and the vibe of the street, not only in terms of materials, but also in how it would be viewed from ground level.

The vertical views are enriched by balcony textures, including three shades of gray on their underside, inspired by cloud formations and creating a sense of movement in their patterns. The triangular balconies above also offer puzzle games on the streets below.

The marble-like white porcelain finish of the balconies reflects the light downwards. During light transitions, two fronts begin to glow, while the other two sides fade into darkness.

Located at the corner of Hornby and Pacific streets, in a cityscape framed by the Granville Street and Burrard Street bridges, The Pacific offers 224 condominiums spread over 39 floors. The building was developed in collaboration with IBI Group, a Canadian architectural consulting firm.

The future of architecture is multiplayer