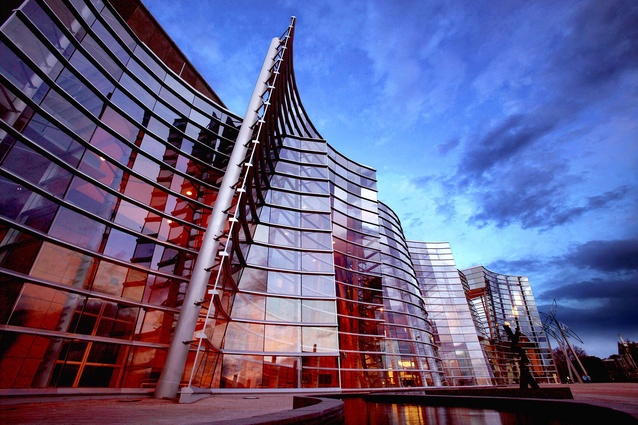 Buchan Regional Operations Christchurch leader and director Raylene McEwan said the country was experiencing significant change, with multiple design challenges related to bank financing of projects, material shortages, product certification and consent, as well as to a push for sustainability to reinvent design.

This follows the global financial crisis, earthquakes and now, the lasting effects of the pandemic. But with challenges come opportunities, McEwan said.

“The focus is on high quality, low cost environments, with an emphasis on urban design and minimizing environmental impact,” she said. “The space between buildings is now, if not more important than the buildings themselves. It’s about creating places where people want to live and feel comfortable.

Learn to design with earthquakes

Buchan turns 30 in New Zealand this week. For McEwan, who has been with the company for 22 years, seismic design has been most fascinating.

“For us, an earthquake is an amazing learning opportunity because we can see our research in a real-life scenario,” she said. “There have been enormous amounts of learning in Christchurch over the past decades. We were never supposed to have a bigger earthquake than the one we experienced in 2011. It meant an incredible rebuilding of the city.

The post-2011 architectural design response to build shorter, squatter buildings has been driven by community fear and safety, as well as replacement cost, McEwan said.

“The recovery and renewal phase was not just about building design; it was also about the psychological response to the buildings,” she said. “People were afraid of the buildings. They didn’t want the buildings to be built over a certain height. They wanted to see the city again because the opportunity was there to do so. Design has become a matter of safety and comfort.

However, as comfort and confidence returned to design, the architecture may have changed.

“We’re seeing taller and taller buildings again designed on spaces,” McEwan said. “The push toward denser residences, including two- and three-story townhouses, has moved away from the quarter-acre section and low-rise buildings, back to height.”

“Design has played a big part in this as people become safer with technology and look beyond New Zealand to big cities like Tokyo which is an extremely vertical place with greater seismic issues. than what we have. This has led to a new era of disaster-resistant design in New Zealand.

Buchan’s beginnings in New Zealand were cemented by winning the Christchurch Art Gallery design competition in 1998. Surviving the earthquakes of 2010 and 2011, it is now considered one of the world’s leading galleries. safest and most earthquake-resistant art in the world. The gallery led Buchan to open a studio in Christchurch in 2000 to support his founding studio in Auckland, which opened in 1992. Today the company employs over 40 people at the two locations.

Design with a focus on Auckland’s environmental challenges

In Auckland, Principal Rob Guild said serious investment was needed over the next decade to deal with public transport measures, crippling housing shortages and the growing threat of flooding and flooding. This is in addition to looming pushes across the country to meet net-zero carbon emissions deadlines by 2030.

“Rightly or wrongly, Auckland was designed as a car-based city,” Guild said. “To get around Auckland efficiently, you need a car. We hope the City Rail Link will become our new ‘metro’ and solve some of these transport problems. This means we can intensify residential along the corridors railways to address the massive lack of affordable housing, or housing of any kind for that matter.

Auckland dropped to 34th place out of 173 cities in the 2022 Global Livability Index – a considerable drop from second place in 2021.

“Auckland remains a livable city, which means people put up with these housing, transport and infrastructure issues,” he said. “The floods are also destined to get worse – we are currently looking across the ditch to see how Australia is handling this. The reality is that the land the Auckland homes were built on was not previously in flood prone areas, but now they are.

Guild said the architects have played an important role in addressing these issues, particularly when it comes to sustainability and reducing our carbon footprint to meet the country’s commitment to the Paris Agreement.

“I wouldn’t underestimate those goals,” Guild said. “Low-carbon construction is going to dramatically increase the costs of homes because we will have a limited amount of products to build with in order to reduce our carbon footprint. It’s the sleeping giant that no one has really woken up for yet. appreciate – the magnitude and fear of this problem. It requires a concerted industry-wide effort, led by the central government, to achieve this.